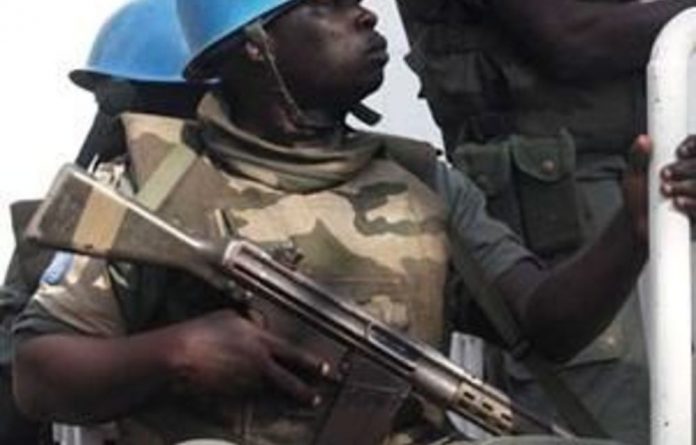 United Nations human rights officials said on Thursday that at least 173 people have been killed in Côte d’Ivoire in the past week, during the fragile West African state’s post-election crisis.

The report to the UN Human Rights Council came as Ivorian strongman Laurent Gbagbo came under mounting pressure from world powers to step down.

UN staff have been able to confirm allegations of 173 killings and 90 cases of torture or ill treatment in Côte d’Ivoire in the past week, UN deputy human rights chief Kyung-wha Kang told ambassadors in Geneva.

“Unfortunately it has been impossible to investigate all the allegations of serious human rights violations, including reports of mass graves, due to restrictions on movement by UN personnel,” she added.

The report came as world powers turned the screw on the stubborn leader, demanding that Gbagbo step aside in favour of Alassane Ouattara, whom UN members have recognised as the winner of last month’s Ivorian election.

The United States and Nigeria brought a draft resolution before the UN Human Rights Council, meeting in Geneva, seeking to bolster their position before an important West African regional summit.

Stand-off
On Friday, Nigeria will host a meeting of the Economic Community of West African States (Ecowas) in Abuja, at which an appeal will be made for new troops to reinforce hard-pressed UN peacekeepers in Côte d’Ivoire.

But on the ground in Côte d’Ivoire, Gbagbo’s position remains strong.

The streets of Abidjan were crowded, with traffic jams snaking back into the suburbs as many private and government employees obeyed the regime’s call for them to return to work.

Ouattara’s shadow government remains trapped in the Golf Hotel, a luxury waterfront resort on the edge of the city protected by 800 UN troops and besieged by Gbagbo’s forces.

The incumbent Gbagbo and long-time rival Ouattara have been locked in a stand-off since the November 28 presidential election, which both claim to have won.

In Geneva, Nigeria, acting for the African group of nations, submitted a draft resolution that would place Côte d’Ivoire under international scrutiny.

It expressed deep concern “about the atrocities and violations of human rights committed in Côte d’Ivoire in relation to the conclusion of the 2010 presidential election” and called for the election results to be respected.

The United Nations gave Ouattara’s beleaguered shadow government a boost on Wednesday when it recognised his nominee for ambassador to the body, the latest in a string of measures to pressure Gbagbo.

International support
World Bank president Robert Zoellick said in Paris that he had agreed with the leaders of Côte d’Ivoire’s partners in the West African economic and monetary union that Abidjan be cut off from international funding.

“They are also convening a meeting of ministers this week to affirm and strengthen this approach,” he said of the West Africans, after holding talks with French President Nicolas Sarkozy.

The United States has said it was seeking to muster African troops to support the 9 000-strong UN mission, which Gbagbo has demanded leave the country but is holding on in the face of harassment.

“After all the international pressure and the sanctions which did not have any effect on Mr Gbagbo, it’s obvious that only one solution remains, that of force,” Soro said on Wednesday.

Gbagbo, meanwhile, has deployed his armed forces to put down pro-Ouattara protests and to bottle up his adversary in the Golf Hotel. He remains defiant, declaring that his battle to hang on is a fight for Africa’s freedom.

“We are strong, we are resisting, we are brave,” he told African youth leaders. “It’s a combat to lead, it’s an indispensable struggle, it’s the route we must take so that tomorrow you will be free.” — AFP