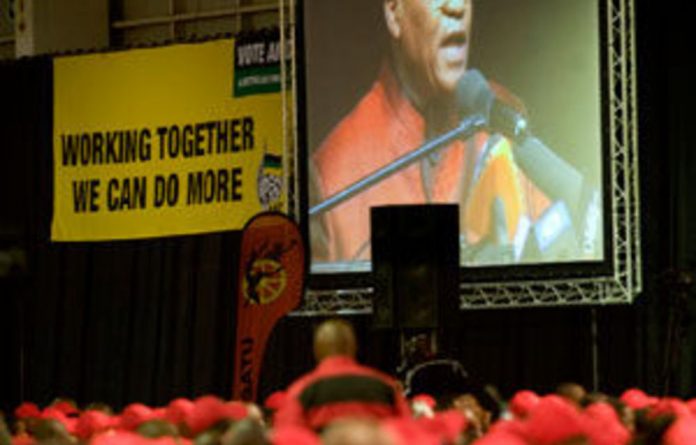 The Congress of South African Trade Unions (Cosatu) has accused the African National Congress (ANC) and the government of soft-pedalling on labour broking to shield politically connected business people — including President Jacob Zuma’s son, Duduzane, and other party leaders — who have interests in the industry.

The accusation comes weeks after the government released proposed amendments to labour legislation that include changes to the law governing labour brokers.

While Cosatu has called for an outright ban on labour brokers, the draft Labour Relations Amendment Bill, approved by the Cabinet in December, seeks to better regulate job placement and to make it easier for those placed in temporary jobs by labour brokers to access legal protection by clearly spelling out who their employer is.

This week Cosatu president Sdumo Dlamini claimed the decision to regulate rather than shut down the industry was more about protecting politically connected individuals with shares in major recruitment companies than about addressing the concerns about worker exploitation voiced in the ANC’s election manifesto.

‘Cosatu’s argument does not help us’
Ngoasheng is the chief executive of investment company Safika Holdings, which holds 29% of JSE-listed recruitment agency the Kelly Group. He also chairs Kelly’s board. Safika is chaired by Macozoma, now a Cope member.

Ramaite is a founder and executive chair of the Simeka Group, which holds 6,25% of another JSE-listed recruitment company, Adcorp. Ramaite also holds shares in listed IT group Simeka BSG.

Confirming his shareholdings in both the Simeka Group and Simeka BSG, Ramaite said he saw nothing wrong with ANC leaders being involved in the labour-broking industry. “Cosatu’s argument does not help us. You can go to any sector and you will find that ANC people are involved. When the ANC does policy, it does that in the interest of the public, not individuals,” said Ramaite.

In 2007 Adcorp bought back a 25% shareholding held by a consortium involving the Black Management Forum Investment Company Limited and Zungu Investments Company and owned by Zandile Zungu, a businessman close to President Zuma.

Other politically connected individuals who have labour-broking interests are Duduzane Zuma and the Gupta brothers, regarded as Zuma’s backers. Duduzane and Rajesh Gupta are shareholders in JIC Mining Services, which provides labour to mining houses in the North West province.

While JIC insists on its website that it does not operate as a labour broker, National Union of Mineworkers (NUM) general secretary Frans Baleni disputes this. According to NUM’s North West secretary, Sydwell Dokolwana, JIC employs more than 7 000 contract workers in various mining houses in the province.

Duduzane Zuma and Atul Gupta own the Shiva uranium mine in Klerksdorp, which NUM says subcontracted JIC to provide casual labour.

In its document Cosatu argues that the proposed regulation of labour broking aims to replace small recruitment agencies with bigger ones. It asks whether the law is, in fact, “aimed at opportunistically controlling and edging out competition from smaller industry players. From our experience, we do not believe that it is only the ‘bakkie brigade’ that is exploitive.”

ANC spokesperson Keith Khoza denied the party was protecting its leaders involved in labour broking. “Our policy processes are not informed by personal business interests. We are not interested in the business interests of individuals. Our [focus] is to determine policy that satisfies the public good,” said Khoza.

Practical difficulties
Employers and labour analysts warn that in the long run the proposed amendments could discourage foreign investment and derail efforts to create more jobs.

Labour analyst Tony Healy said that while the amendments might be well intentioned, they would increase the complexities around employment. “They create, in the eyes of employers, further barriers to employment in a scenario in which we should be looking to promote, and not hinder, job opportunities,” he said.

He warned of practical difficulties in implementing the new legislation: “The [labour] department struggles to enforce existing laws; labour inspectors are understaffed and under-resourced and it’s clear that many of the existing laws are incapable of being properly enforced and monitored.”