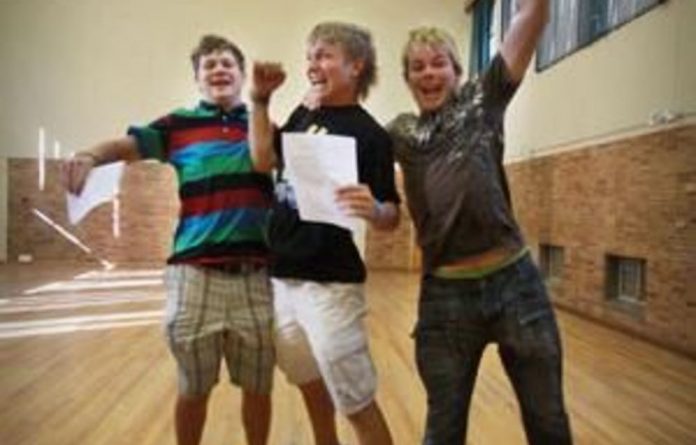 It’s a “whopping” increase in the matric pass rate, Basic Education Minister Angie Motshekga said triumphantly on Thursday morning. But education specialists were immediately divided on the question of whether so unexpected and so huge an improvement is educationally both believable and reliable as a true indicator of pupils’ aptitudes.

After much anticipation the 2010 matric results have finally been released. The M&G spoke to some of the candidates about their results, the World Cup and strike distractions, as well as their plans for the year ahead.

Beyond that, questions remain about the performance of children in rural and township schools, in particular whether these most disadvantaged of pupils recorded similarly vast increases in achievement.

Big fluctuations from one year to the next in the results of exams written by a substantial number of candidates are unusual, education consensus worldwide suggests.

Writing this week in the Mail & Guardian, watchdog body Umalusi’s chief executive, Mafu Rakometsi, says: “Standardisation [of results] works on the widely accepted assumption that, for large populations, the distribution of aptitude and intelligence does not change appreciably from one year to the next; and that it is therefore reasonable to expect that, all things being equal, this year’s cohort of learners should perform at a level comparable to last year’s cohort.”

But the improved results are not worrying, said Martin Prew, director of the Centre for Education Policy Development, the well-respected NGO that originated as the ANC’s education think-tank.

“I see no reason to question these results,” Prew said. “They develop trends of improvement at provincial level that we started noticing a while back.”

Provinces with low levels of political interference in education appointments have been able to maintain “solid, consistent management” and this explains so “substantial an increase”, Prew said. He singled out KwaZulu-Natal and the Northern Cape and, to some extent, Gauteng, as exemplary in this regard.

“Where you would worry about the credibility of the results is if you see data that is counterintuitive,” Prew said. By this measure, the fact that Mpumalanga’s pass rate “increased at all is surprising” — but other than that, “I don’t see anything worrying about the results”, he said.

But other experts question how reliable the 2010 results are as a real test of ability and — especially — as indicators of readiness to enter university.

“It is difficult to state with any confidence what the precise meaning of the NSC results is,” said Nan Yeld, dean of the Centre for Higher Education Development at the University of Cape Town. “That is, precisely what inferences can be made about what students know and can do in each rating level.”

Yeld said four areas provided difficulties for universities and the public in making sense of the results:

Aside from the university-entrance passes — which 23,5% of full-time candidates achieved — questions have also been raised about real levels of achievement in South Africa’s most disadvantaged schools.

“While we cautiously welcome the overall increase in the global picture, these statistics hide what is happening in townships and rural schools,” said Doron Isaacs, coordinator of Equal Education, a Cape Town-based NGO.

“The real inequality in our education system, which is so stark, is not being put before the public,” he said.