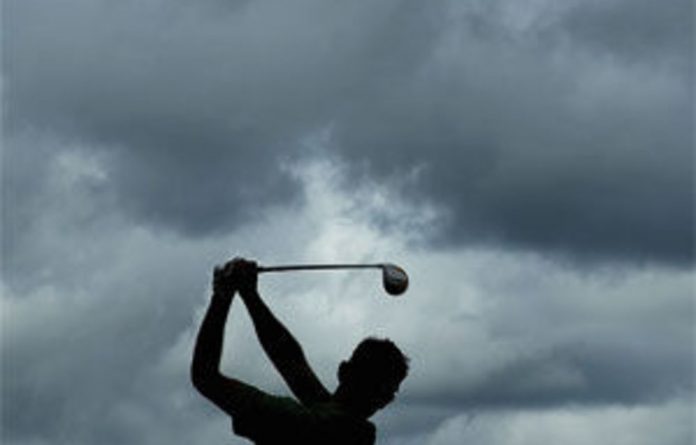 It’s a busy time for local golf. The Nedbank Golf Challenge got December under way before the Alfred Dunhill Championship kicked off the start of the European Tour’s 2011 Race to Dubai at Leopard Creek, Mpumalanga, the following week.

Thereafter it was the 100th South African Open — the world’s second-oldest national open championship — taking place at the Durban Country Club and then, this week, it’s down to East London for the Africa Open. That’s before the touring pros head back up to Gauteng for the Jo’burg Open at the Royal Johannesburg & Kensington Club. That concludes the African “swing”, and the European Tour then heads off to the Middle East.

We say “European Tour”, but the last four tournaments are co-sanctioned by both the Sunshine (South African) and European Tours and, even though their position on the calendar results in most of the world’s top players seldom making the trip, the fields, from a European Tour point of view, are still fairly strong. More importantly, though, the tournaments provide promising locals with the opportunity to make some serious money and, should they surprise their more illustrious fellow golfers (as 25-year-old Anthony Michael nearly did at Leopard Creek) and win, there’s the unquantifiable bonus of a two-year European Tour exemption. That means avoiding the dreaded qualifying every week and getting direct entry into every tour event. That, you can’t put a price on.

The fact that South Africa has four co-sanctioned tour events says much about the work done by the Sunshine Tour, which has turned itself around after some difficult times in the 1990s. Besides that, there’s a thriving local winter tour and plenty of opportunities for aspiring professionals to test their skills and temperament to see if they have what it takes to make it in one of the world’s most competitive and demanding individual sports.

Rounding off the feel-good factor is the fact that South African golf has seldom been stronger — a quick look at the world rankings bears testament to that, with Ernie Els, Retief Goosen, Louis Oosthuizen, Tim Clark and Charl Schwartzel in the top 34 places. Not so long ago, you could have included Rory Sabbatini, as well, and Richard Sterne wasn’t too far behind. More importantly, Oosthuizen’s 2010 Open Championship victory, Schwartzel’s continued success on the European Tour and Clark’s breakthrough win at the Player’s Championship, have shown that the younger pups are in prime position to assume the mantle held for so long by Els and Goosen.

Scathing
But, while the top end of South African golf seems to be flourishing, a bit further down there appears to be some concern — a situation made apparent to me after nine holes at Houghton with Selwyn Nathan, the chairperson of the Golf Development Board. While being quick to praise the financial efforts of fellow board member and businessperson Johann Rupert, Nathan is scathing about the attitude of corporate South Africa to developing the sport at grassroots level.

“They don’t see it as their responsibility,” says Nathan. “They see their responsibility in bigger sports, such as soccer, rugby, et cetera. The development of golf is not a priority to the major corporations because they can’t get enough out of it.”

I put it to Nathan that there might be a problem with perception — with golf battling to shake off the impression that it’s an elite, “white” sport and, ergo, doesn’t need the support.

Nathan refutes this, saying that the problem is not with the perception of the sport, but with the perception of who puts what in. “I think the problem with golf development is that people bullshit. I would love to do an audit of the people who say they’ve done so much for golf or so much for golf development. It’s just rubbish.”

There’s no doubt that South Africa needs young black golf heroes but, with the best of the bunch, James Kamte, down at 547 in the world rankings, and with just the one Asian Tour success and a few Sunshine Tour victories behind him, that’s not going to happen any time soon, unless the man nicknamed “Cobra” can surprise all and thrust black golf in South Africa into the spotlight with victory in the coming weeks.

South African golf needs to broaden its base and, although Nathan’s intentions are good, his sport will remain pigeonholed until there is greater representation across the board. For that to happen, though, the Golf Development Board needs financial backing and it needs to continue providing a platform for previously disadvantaged youngsters with an interest in golf as it can’t keep relying on Rupert to fill the coffers.

For a South African sport that has achieved so much success internationally, from Major champions, such as Bobby Locke, Gary Player, Els, Goosen, Immelman and Oosthuizen, through to the chasing pack, headed by Clark and Schwartzel, it would be a shame if more wasn’t done to ensure that the next breed of major champions come from a bigger pool than the current one.