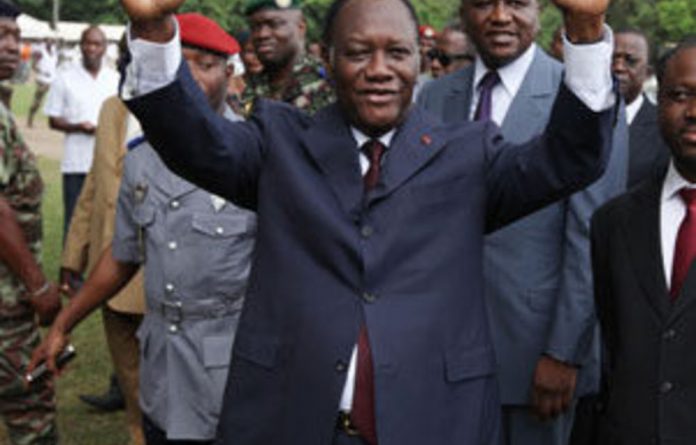 Parts of Abidjan were under a curfew imposed by Côte d’Ivoire strongman Laurent Gbagbo on Thursday in districts loyal to his rival for the presidency, where at least 11 people have died in recent unrest.

“The districts of Abobo and Anyama are under curfew” from 7pm to 6am until Saturday, said a decree read out on state television amid worsening tensions in the stand-off pitting Gbagbo against rival Alassane Ouattara.

The northern districts are home to many supporters of Ouattara, who the international community says beat incumbent Gbagbo in a November 28 presidential run-off.

But Ouattara has been besieged by Gbagbo-loyal troops at Abidjan’s Golf Hotel resort for weeks.

At least eight police and three civilians have been killed in Abobo, which neighbours Anyama, after hundreds of Gbagbo’s Defence and Security Forces (FDS) swooped on the neighbourhood before dawn on Tuesday.

Eight security forces have died, according to Gbagbo’s interior ministry, while an Agence France-Presse (AFP) journalist saw the bodies of three dead civilians, with an end to the escalating crisis nowhere in sight.

“A day does not go by that the FDS … are not the main targets of hidden individuals answering the endless calls for civil disobedience, armed insurrection and murder of all sorts made by the politicians holed up in the Golf Hotel.

The curfew would be used to “seek and flush out everybody behind these attacks”, said Mangou, threatening to extend the curfew to other Abidjan neighbourhoods.

Homes raided
Residents said security forces had entered the district early on Tuesday and raided homes, saying they were searching for weapons.

Three United Nations peacekeepers were wounded on Tuesday night when they were attacked by Gbagbo’s forces after conducting a patrol in Abobo, the UN said.

The UN, which Gbagbo says is plotting against him, said the “ambush” came the day after his forces pillaged a UN food convoys aimed at resupplying Ouattara’s besieged camp at the Golf Hotel.

“Any attacks on United Nations peacekeepers are unacceptable,” he said.

The peacekeepers in the Abobo district “are determined to remain in the area and will carry out their mandate in an impartial and professional manner”.

An AFP correspondent saw two charred police trucks and large pools of blood on the street and inside some buildings, where residents said security forces had been shot and taken away.

“We don’t have an army, Gbagbo’s army comes here and fires on civilians and we have no way of protecting ourselves,” said one resident, who declined to give his name.

A bank security guard’s body lay on a rooftop where residents said he had tried to seek refuge when fighting erupted during the night.

Offer rebuffed
The United Nations says more than 200 people have died in the crisis so far, with African-led efforts to mediate the stand-off failing to make any visible progress.

The African Union’s mediator is to return to Abidjan within days, while regional bloc Ecowas has said it is prepared to send in its own troops if Gbagbo fails to stand down.

Gbagbo’s party, the Ivorian Popular Front (FPI), on Tuesday rebuffed an offer from Ouattara’s UN ambassador for his supporters to form a unity government, insisting Gbagbo’s victory was “non-negotiable”.

AU envoy and Kenyan Prime Minister Raila Odinga, the latest in a series of African leaders seeking an end to the deadly stand-off, is due back in Abidjan by the weekend after briefing AU Commission chief Jean Ping in Nairobi.

Ouattara is protected at the Golf Hotel by about 800 UN peacekeepers and the ex-rebel New Forces, allied with his camp since troops shot dead several of his supporters on December 16. — AFP

Alassane Ouattara has finally committed to stepping down after his second term, but leaves behind a dangerous legacy for the region
Read more
Advertising
Continue to the category
Politics