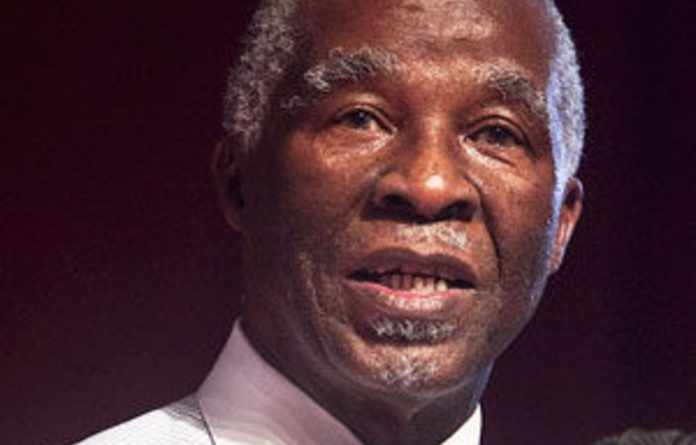 A report that former president Thabo Mbeki was involved in the formation of the Congress of the People (Cope), an African National Congress (ANC) breakaway party, was a “misinterpretation”, a Unisa professor said on Thursday.

“They certainly misinterpreted the whole situation and therefore what is stated there at the moment, either by the journalist or by whatever other reports, it’s certainly not a correct reflection of the situation,” Professor Dirk Kotze told SABC radio news.

He was responding to a report in Beeld, quoting a secret US diplomatic cable obtained by Media24. The note is dated December 5 2008, and concerns a meeting between a diplomat, the US embassy and Kotze, reported Beeld under a headline naming the website WikiLeaks as the source.

According to the note, Mbeki, who was asked to resign as president of the country by the African National Congress in September 2008, was involved in writing Cope’s policy documents.

He added: “The document has all the characteristics of many of Mbeki’s ANC letters.”

Both Kotze and Ngonyama denied the report.

‘Mbeki has nothing to do with Cope’
According to a report on News24, “The cable adds new weight to continued speculation that Mbeki had a hand in Cope’s emergence — claims that have been consistently denied. But the cable said that Kotze’s comments ‘serve as the strongest indication yet that the former South African leader may be assisting the party formed by many of his long-time allies’.”

However, the report says that Ngonyama was dismissive of the WikiLeaks cable, saying Mbeki had never been involved in drafting Cope’s policies. “There is nothing like that, former president Mbeki has nothing to do with Cope’s policies and we have never consulted him. The only person who was involved was Moeletsi Mbeki as part of the scholars we consulted. The report is completely false, Cope had nothing to do with Mbeki.”

In documents released by WikiLeaks last year, Mbeki was described as an “important but hypersensitive African figure” and a “brilliant, prickly leader of Africa’s most important state”.