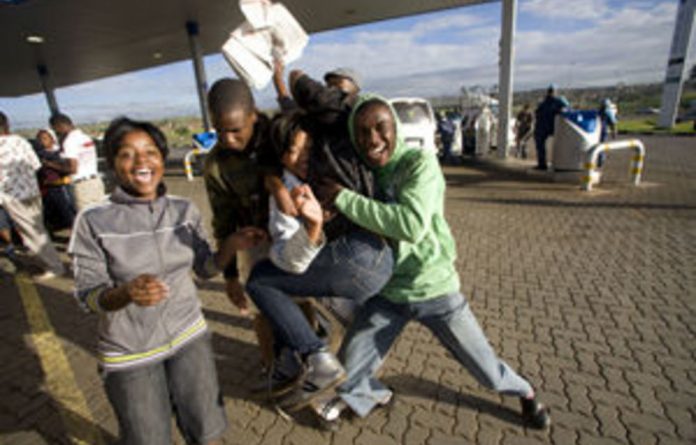 Now that the dust has settled on the 2010 matric results and we know exactly how Umalusi and the department of basic education calculate the pass rate (thanks to an unfortunate headline in the Sowetan last Friday), it is time to take a sober look at some of the trends that these results exhibit.

The 2010 results do seem to reinforce certain trends we have been noting for a few years now. It is significant that the results support identifiable medium-term trends, because this indicates tendencies to which these results are aligned and that had become apparent even in years when the national aggregated results were going down. Significantly, although these trends have become more pronounced since the introduction of the national senior certificate in 2008, they were already apparent before that. If nothing else, the identification of such trends should help legitimise the results for those who remain sceptical, even if it does not fully explain the steep increase in results.

It seems to me that three main trends are borne out by the 2010 results and that these also help explain why some provinces are doing better than others.

The first is an obvious one and this is that the provinces with the larger middle-class populations — that is, with higher levels of urbanisation and with overall higher socioeconomic status — are doing better than the provinces with smaller middle classes. Very simply, this is why Gauteng and the Western Cape will always get higher matric pass rates than the large rural provinces such as Limpopo and the Eastern Cape. To change or even modify this tendency, which is mirrored internationally, would involve huge redistributions of resources and an exodus of middle-class learners to private schools.

The second trend is that there appears to be a relationship between steadily improving matric results and provincial education departments where there are high levels of senior manager stability and where senior managers are appointed on skill rather than for political reasons. This is particularly clear with the poor performance of provincial departments where there has been considerable political interference in appointments and persistent reports of corruption.

Mpumalanga comes to mind. It is hard not to conclude that, until the political authorities in that province stop interfering in senior appointments and stop allowing corrupt practices to go unchecked, Mpumalanga will remain at the bottom of the national provincial league table. This should be an object lesson to all political parties that you meddle in education departments and exam administration at your peril: doing so has an impact on learner results.

At the other extreme we have provinces where there is strong leadership that has stabilised in the past years. In these provinces we see matric results improving more dramatically than in others and, more importantly, this trend was maintained from 2009 to 2010. The obvious example is KwaZulu-Natal under Dr Cassius Lubisi (who recently left to join the presidency).

I predict that, assuming present conditions remain, we will see continued improvement in the Northern Cape under the leadership of Andre Joemat, for the same reason. It is worth noting that under Joemat the Northern Cape saw the biggest single improvement in 2010 of any province — 11% — and that KwaZulu-Natal’s improvement was just under 10%. This would seem to indicate that once strong, stable leadership is in place matric results react positively and relatively quickly.

The final trend, and one that I think has been becoming more pronounced, concerns the “language in education” policy and how it is being implemented. I am intrigued as to why the North West and to some extent KwaZulu-Natal have been consistently improving — climbing up the rankings to third and fifth places respectively. We could also include the Free State in that analysis — Free State has not dropped but held its place, consistently scoring a 70% pass rate and higher, even though its levels of poverty are among the worst in the country.

The North West has seen high levels of political instability and the suspension of the head of the education department, on what most informed observers consider to be trumped-up charges. So, based on the second of the trends I have identified, it should have been doing badly. However, it has been doing the opposite and moved up in 2010 from fourth to third place among provinces. How do we account for this?

One possible explanation is that schools in the North West are largely monolingual (either Setswana or Afrikaans) and so learners are learning in their mother tongue for most of the primary phase, if not throughout their schooling life.

Recent research that explored language teaching in schools that now border North West but used to fall under the North West showed that they are doing better than expected academically. The relevant district office ascribed this to the fact that, unlike other neighbouring schools, the teachers — who, in the schools considered in this research, are all Setswana speakers — teach predominantly in Setswana until at least grade six. That must give those learners a strong grounding in their mother tongue and make it easier to grasp concepts in a second language (English, in the case of those schools).

We only have to look at the comparative success of Afrikaans-medium schools — and the top five performing schools in Gauteng, the best performing province in 2010, are all Afrikaans-medium — to see the positive impact of learning in one’s mother tongue for as long as possible.

If we now look at other provinces that have been doing well — KwaZulu-Natal, Free State and Northern Cape — we find a similar scenario in that most schools draw on communities that are relatively homogenous linguistically. In these provinces the change to English as the medium of instruction is in practice often implemented relatively late and gradually because the teachers tend to continue teaching predominantly in the majority mother tongue for as long as possible. In KwaZulu-Natal most primary schools sustain a high level of language code-switching, with isiZulu predominating to the end of grade six. It is the same with Sesotho in Free State and Setswana and Afrikaans in Northern Cape.

In contrast, Mpumalanga and Limpopo, the lowest-ranked provinces, have complex language situations in many of their schools and there is no sense that there is a single dominant provincial African language. In such provinces we tend to see parents pushing for English to be taught from an early age, to the detriment of learners’ language acquisition and conceptual development.

Finally, the provinces that saw the highest percentage point increases in exam results, the Northern Cape and KwaZulu-Natal, are the two provinces where the second and third trends are both strongly evident. This should be a lesson to other provinces: get your provincial management and language policy sorted out and it could have a dramatic impact on your provincial matric results.