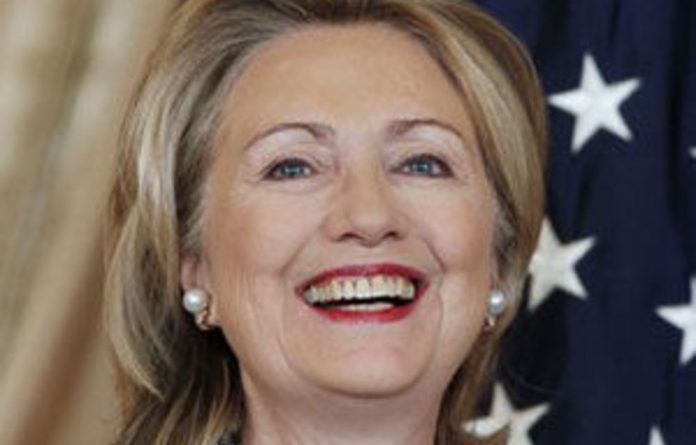 United States-China relations are at a critical juncture and a summit between their leaders next week must produce “real action, on real issues” such as trade, climate change and North Korean nuclear proliferation, US Secretary of State Hillary Clinton said on Friday.

“It is up to both nations to translate the high-level pledges of summits and state visits into action. Real action, on real issues,” she said in a major China policy address.

Clinton urged China to let its currency appreciate faster, end discrimination against foreign companies and further open its markets to US manufactured goods and farm products.

Some US analysts see Chinese President Hu Jintao’s trip as the most important state visit in 30 years. The leaders of the world’s two biggest economies are trying to put behind them a stormy 2010 and forge more stable ties for the coming years.

Clinton’s remarks were part of a week of China policy speeches by US Cabinet officials — and a trip to Beijing by Defence Secretary Robert Gates — designed to set the tone for President Barack Obama’s January 19 Washington summit with Hu.

US demands on parade
Each Obama administration official stressed the value of the China relationship to the United States, but also drove home demands for currency appreciation and other US economic goals as well as help with global trouble spots.

Treasury Secretary Timothy Geithner on Friday noted that the yuan had gained in real, inflation-adjusted terms.

“Because Chinese inflation is accelerating more rapidly than US inflation, the right measure of the pace of appreciation is now more than 10% a year, and that is a very substantial, material change,” he said.

On global problems, the United States wants China to “step up to more of its obligations,” Clinton said.

“Global recession, nuclear proliferation, terrorism, piracy on the high seas — these are threats that affect us all,” she said. “China should join us in confronting them.”

China and the United States, the world’s two largest emitters of greenhouse gases, had worked to forge the Cancun Agreement on climate change but now must implement the pact on transparency, funding, and clean energy technology, she said.

China analyst Dean Cheng of the Heritage Foundation in Washington said appeals to mutual interest are a tough sell to China, which is “not in the habit of granting favours”.

Hu, who hands power to a successor in 2012, is coming to Washington with more general goals for the summit, said Bonnie Glaser of the Center for Strategic and International Studies.

“The Chinese are looking mostly for symbols, optics, face,” she said.

Seeking help with Pyongyang
On North Korea, Washington has held out the prospect of resuming long-dormant six-party talks involving the two Koreas, the United States, China, Japan and Russia to curb Pyongyang’s nuclear arms programmes if Pyongyang ceases attacks that killed 50 South Koreans in 2010 and commits to denuclearisation.

“It is vital that China join with us in sending North Korea an unequivocal signal that its recent provocations — including the announced uranium enrichment programme — are unacceptable and in violation of Security Council resolutions,” said Clinton, urging Beijing to uphold UN sanctions on Pyongyang.

US and Chinese companies will sign a number of business deals when Hu visits Washington, the US Chamber of Commerce said on Friday.

Myron Brilliant, a chamber senior vice-president, said he was also hopeful Hu’s visit would flesh out recent commitments to reopen its market to US beef and to fight copyright piracy by increasing the government’s use of legal software.

Obama, who won the 2009 Nobel Peace Prize, is in an awkward position as host to the head of a state that has jailed the 2010 laureate, dissident Liu Xiaobo, say activists who have criticised what they see as a muted US approach on China.

“We reiterate our call for the release of Liu Xiaobo and the many other political prisoners in China, including those under house arrest and those enduring enforced disappearances,” Clinton said in remarks that encouraged the rights community.

A White House official, noting that Obama met on Thursday with five advocates for human rights in China, added, “The president reaffirmed the American commitment to the promotion of human rights and democracy in our foreign policy.”

Speaking on condition of anonymity, the official added, “He also reiterated his view that progress on protection of civil rights, rule of law, freedom of expression and religion, and other fundamental rights make a nation stronger and more resilient.”

Clinton urged people in both countries to put aside zero-sum thinking about great power rivalries.