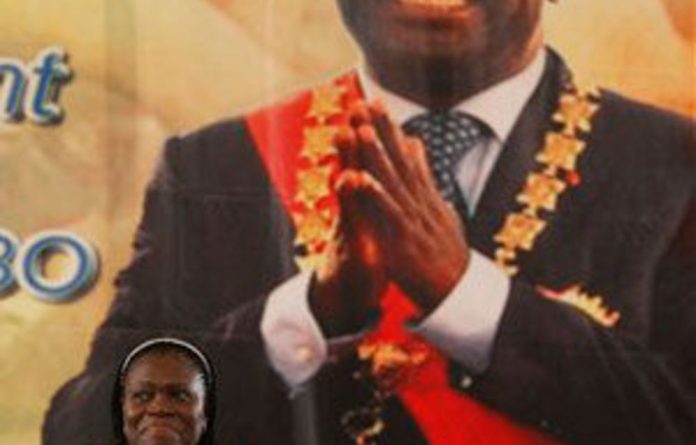 Africa’s mediator in Côte d’Ivoire’s leadership crisis flew to Abidjan on Monday, armed with a new offer to get incumbent strongman Laurent Gbagbo to step down peacefully and end the deadly stand-off.

But Kenyan Prime Minister Raila Odinga, the African Union’s pointman for the weeks-long showdown between Gbagbo and the man the world says beat him in a November vote, was to arrive with the bitter rivals more entrenched than ever.

Both Gbagbo and Alassane Ouattara have taken the oath as president, while Gbagbo’s army besieges Ouattara’s camp at an Abidjan hotel. In response, Ouattara’s followers have called for a new general strike from Tuesday.

“The mission is another trial to see if we can make a peaceful resolution to the crisis,” Odinga said in Abuja before heading for Côte d’Ivoire’s commercial capital.

“We will see his [Gbagbo’s] reaction to the new peace offer we will make to him. We are hopeful to resolve the crisis,” he said, declining to provide details of the offer.

Previous inducements have included immunity from prosecution for eventual crimes against humanity, exile in various countries, the possibility of staying in Côte d’Ivoire, and Gbagbo followers’ participation in a unity government.

Non-negotiable
While the United States said last week that the window of opportunity for Gbagbo to take up such offers would not be open for long, Gbagbo insists his election victory and title of president are non-negotiable.

The November 28 election was supposed to end a 10-year crisis that brought the cocoa-rich nation to its knees, but has instead sent tens of thousands fleeing amid fears of a return to civil war.

Odinga’s first trip to Abidjan since being appointed as mediator ended on January 5 with little tangible progress after Gbagbo failed to make good on promises that mediators said he made.

The African Union and the 15-member Economic Community of West African States (Ecowas) have struggled to mediate the crisis, brandishing the threat of military action as a “last resort”.

Odinga said he would likely travel on to other countries for talks on the crisis, including Ghana, Angola, Burkina Faso and his own Kenya. He did not say why those countries would be visited. Ghana, an Ecowas member, has ruled out sending troops to Côte d’Ivoire, while Angola has been one of the few countries to show support for Gbagbo.

Amid the floundering mediation efforts, Ouattara’s coalition, the RHDP, called for an open-ended general strike until Gbagbo moves out.

“Despite multiple mediations … Gbagbo is holding on to power and taking our country inexorably towards uncertain tomorrows,” said a statement.

A previous general strike called by Ouattara’s camp on December 27 failed to build momentum, with much of the population unable to sacrifice a day’s earnings.

More than 200 people have died since the vote. Most of the world, the United Nations and the Independent Electoral Commission say that Quattara is the winner. The constitutional council has declared Gbagbo the winner.

Ouattara has for weeks been holed up in an Abidjan hotel resort, with UN peacekeepers and northern ex-rebels protecting his camp from the army, which remains loyal to the incumbent.

The UN mission in the country says that Gbagbo’s supporters have stepped up their attacks on peacekeepers there, with several UN vehicles torched last week, although Gbagbo’s camp has denied involvement.

The UN wants to send up to 2 000 extra peacekeepers to Côte d’Ivoire, but a Security Council vote on the extra troops has been delayed until Tuesday.

Ecowas defence chiefs are to meet in the Malian capital Bamako from Wednesday for talks focused on how to deal with Ivory Coast’s crisis. — AFP