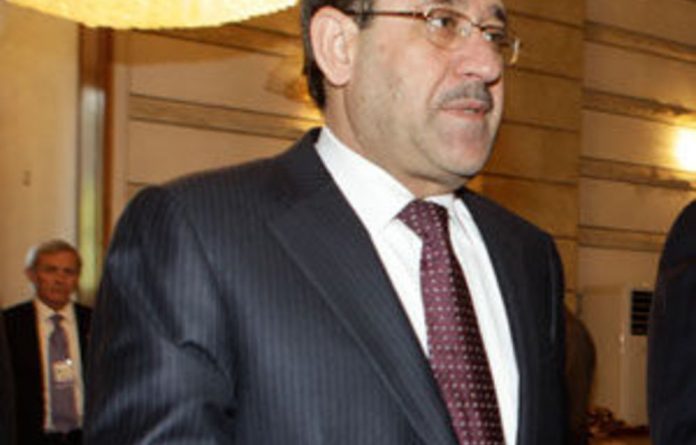 A suicide bomber blew himself up among a crowd of police recruits in the Iraqi city of Tikrit on Tuesday, killing 50 people and wounding 150, an interior ministry official said.

The blast was the deadliest to hit Iraq since an October 31 siege at a Baghdad church left 53 people dead, and was the first major attack in the country since the formation of a new government on December 21.

“Fifty people were killed and 150 wounded by a suicide bomber at a police recruitment centre in Tikrit,” the official said in Baghdad, speaking on condition of anonymity.

“A suicide attacker blew himself up at a police recruitment centre in the middle of Tikrit this morning,” a police officer in the city said, also speaking on condition of anonymity.

Among the dead were recruits and policemen, he said, without giving details.

An Agence France-Presse journalist said the bomb site in the middle of Tikrit, the former hometown of now-executed dictator Saddam Hussein, 160km north of the Iraqi capital, was covered in torn off flesh and pools of blood, with pieces of clothing and shoes scattered across the scene.

Policemen and soldiers had cordoned off the blast site and several ambulances were rushing wounded people to a nearby hospital.

Witnesses, who declined to be identified, said the recruits had been queuing to enter the centre since 6am local time, with the attacker detonating his payload at the entrance to the site at about 10.15am

Solely responsible for the country’s security
The death toll was the highest from a single attack since al-Qaeda insurgents stormed a Baghdad church on October 31, with the ensuing siege leading to the deaths of 44 worshippers, two priests and seven security force members.

It was also the first major strike in Iraq since Prime Minister Nuri al-Maliki named a new Cabinet on December 21, ending nine months of stalemate after March 7 elections.

Iraq’s security forces are now solely responsible for the country’s security, with the United States having declared a formal end to combat operations in the country at the end of August.

While the US military still has about 50 000 soldiers stationed in the country, they are tasked mostly with training and advising their Iraqi counterparts, and must withdraw completely by the end of the year.

Violence across Iraq has declined substantially since its peak in 2006 and 2007, but attacks remain common. The total death toll for last month was the lowest since November 2009 and marked the fifth month in a row in which the death toll has been lower than the previous month. — AFP