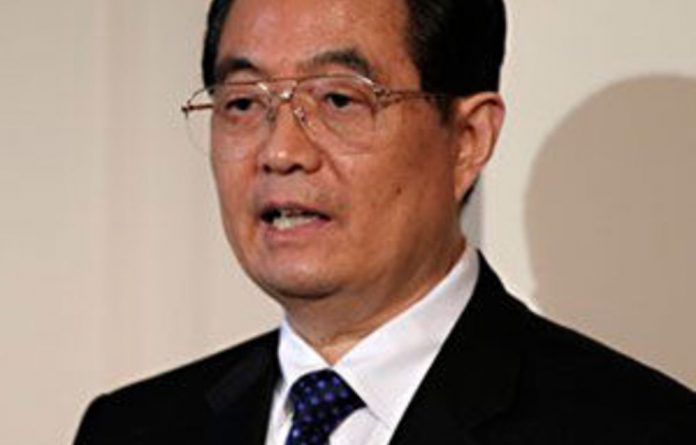 Both leaders spoke glowingly about cooperation but made no major breakthroughs on a range of disputes over trade and security that have strained relations between the two global powers over the past year.

Hu was greeted with a 21-gun salute and an honour guard, but frictions showed through beneath the pomp of the state visit.

At a sometimes awkward White House news conference marred by translation difficulties, Obama said he was “very candid” with Hu about respecting human rights, and reiterated that Beijing was not moving fast enough to strengthen the yuan.

Hu was quiet on the currency and initially did not respond to a reporter’s questions on human rights, but later said he had not heard properly because of a translation problem. He later conceded China had much to do on the rights question.

Economic issues took up about half of the bilateral talks between the two leaders, said a US official who spoke on condition of anonymity.

Hu gave up little aside from $45-billion in export deals that seemed aimed at quelling anti-Chinese sentiment in the US and allowing Obama to tout job creation as US unemployment remains stubbornly above 9%.

Although that price tag looked impressive, the amount was spread out over several years and it was unclear how much of it included previously negotiated deals.

“We’ve shown that the United States and China, when we cooperate, can receive substantial benefits,” Obama said with Hu at his side at the White House news conference.

“We want to sell you all kinds of stuff,” the US president said, drawing laughter from the packed room.

Undervalued yuan
Obama zeroed in quickly on one of the most sensitive disputes between the world’s two biggest economic powers, telling Hu that China’s yuan remains undervalued. Beijing’s critics say its currency practices hurt the competitiveness of US business by making its exports artificially cheap.

“There needs to be further adjustment in the exchange rate,” Obama said bluntly.

Hu listened to Obama’s complaints about the yuan but pointedly did not reply, giving no clues about China’s intentions on the hot-button issue.

The yuan has risen about 3,7% against the dollar since June, when China loosened its grip on the currency. Because of China’s high inflation, the effective exchange rate has appreciated by considerably more.

Doug Smith, an analyst with Standard Chartered Bank in New York, said China doesn’t respond well to outside pressure, so Obama’s tough talk may have been aimed at a domestic audience.

“I think for internal [US] consumption you have to make some noise,” Smith said. “I don’t think it matters much in practical terms. Many other things matter more than the exchange rate.”

Obama pointed to two areas where some small progress was made — access to Chinese government procurement contracts for US companies and intellectual property protections.

Human rights
Obama took a more assertive stance on human rights than he did during his 2009 visit to Beijing, when critics at home said he was too deferential to his hosts. Still, he was measured in his words to avoid antagonising China’s communist leadership.

“I repeated to President Hu we have some core views as Americans about the universality of certain rights, freedom of speech, freedom of religion, freedom of assembly, that we think are very important and that transcend cultures,” he said.

“I have been very candid with President Hu about these issues,” he added.

Hu responded that China as a developing country would continue to improve the lives of its people. “China still faces many challenges in economic and social development, and a lot still needs to be done in China in terms of human rights,” he said, although he gave no specifics.

Obama also urged Chinese dialogue with representatives of the Dalai Lama, the Tibetan spiritual leader widely admired internationally but regarded by Beijing as part of an illegitimate separatist cause.

As Obama and his wife, Michelle, greeted Hu at the White House for the state dinner, protesters gathered several streets away could be heard chanting “Free Tibet Hu Jintao”.

At the dinner, guests dined on lobster and rib-eye steak, and the leaders exchanged friendly toasts. Obama spoke of shared values and hopes for peace; Hu said the purpose of his visit was to increase mutual trust.

North Korea/Iran
Obama said he and Hu agreed that North Korea must avoid “further provocations” and that UN sanctions on Iran must be fully enforced. Washington has sometimes chided Beijing for not doing enough to help rein in Tehran and Pyongyang, whose nuclear ambitions worry the US and its allies.

In a joint statement, Obama and Hu appeared to set aside recent rancour over North Korea, which caused alarm with the shelling of a South Korean island and claims of new nuclear advances. But it offered no new ways to contain Pyongyang.

On the yuan, China said in the statement that it remained committed to reforming its exchange rate policies and agreed to seek ways to create more balanced trade flows. So far it has resisted demands for faster appreciation, a move that could help lower China’s trade surplus with the US, which Washington puts at $270-billion.

Congressional pressure is building for legislation to punish Beijing over its trade and currency policies. A group of 84 lawmakers urged Obama in a letter on Wednesday to tell Hu that “America’s patience is near an end.”

Hu can expect more pressure on human rights and the currency when he visits US lawmakers on Thursday.

In an apparently effort to soften its image among average Americans, China launched a public relations blitz this week, with a promotional video playing on giant screens in New York’s Times Square and on CNN to coincide with Hu’s visit. — Reuters