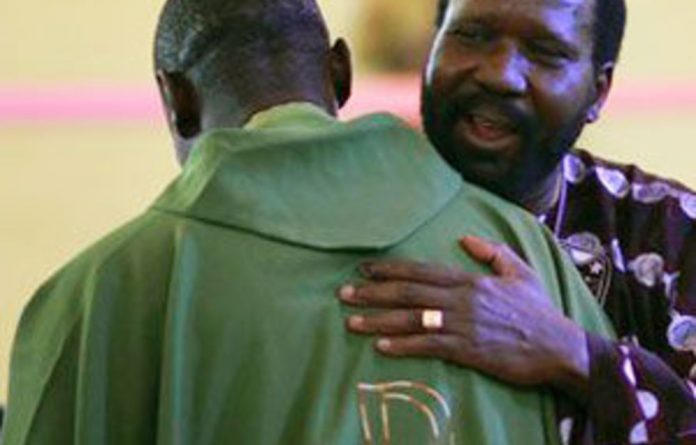 South Sudan has won the majority it needs to become the world’s newest state with just 60% of results declared from a landmark vote, as some areas returned 99% landslides for independence, preliminary figures collated by Agence France-Presse (AFP) showed.

Several of the region’s 10 states, including its most populous, Jonglei, were to begin compiling their totals on Thursday after ballot papers and results had been brought in from country centres.

But the figures gathered by AFP from state and county referendum officials around the south showed that 2 224 857 votes for separation of the mainly Christian, African south from the mainly Muslim, Arab north had already been returned by Wednesday evening.

That comfortably exceeds the simple majority of 1,89-million votes needed on the 96% turnout of the 3 932 588 registered voters.

Just 227 opted to remain united with the north — less than a tenth of one percent — with the balance made up by blank or invalid ballots.

Cheers and applause
In Juba, a once sleepy town now poised to become the world’s newest national capital, cheers and applause rang out as the head of the county’s referendum sub-committee, Timon Wani, announced a 97,5% majority for independence.

“This is a great result,” said Mohammed Lowala, who was among the crowd.

“You cannot get a decision more clear that the south wants to be free than 97,5%,” he said. “The people of Juba county have spoken for independence and I am sure that the rest of the south will follow.”

The tin-roof office in the centre of Juba, which served as a centre for the count, had been crammed with officials from early morning double-checking results compiled by hand under the watchful gaze of poll observers.

Local resident William Moro said: “We know the result is for separation because that is what everyone wants. But hearing the results announced to make it official will be very exciting — to have the piece of paper to show the north.”

‘Velvet divorce’
The final result that will set South Sudan on the path to recognition as the world’s newest state in July is not expected before next month. First, the state results must be collated at regional level and added to those of southerners who voted in the north or in eight countries of the diaspora.

“We are being methodical to make sure all the rules are respected — and that takes time, of course,” said Aleu Garang Aleu, a spokesperson for the Southern Sudanese Referendum Bureau, which is running the vote in the south.

Life carried on as usual on the streets of Juba. Southern leaders had warned against any premature celebration or triumphalism that might undermine hopes of a “velvet divorce” from the north after five decades of conflict that have blighted Africa’s largest nation.

At wooden stockades dotted among the thatched huts and corrugated iron shacks of Juba, herders brought in their goats and long-horned African cattle for the night.

Even Juba’s main monument, the tomb of veteran leader John Garang who signed the 2005 peace deal that provided for the referendum, was deserted as people heeded the call to await the official results before finally celebrating.

On Sunday, southern President Salva Kiir joined thousands of faithful in going to church to give thanks for the referendum and pay tribute to the estimated two million people who died in the civil war.

“May we, like Jesus Christ on the cross, forgive those who have forcefully caused their deaths,” he said. — AFP