Between the devil and deep 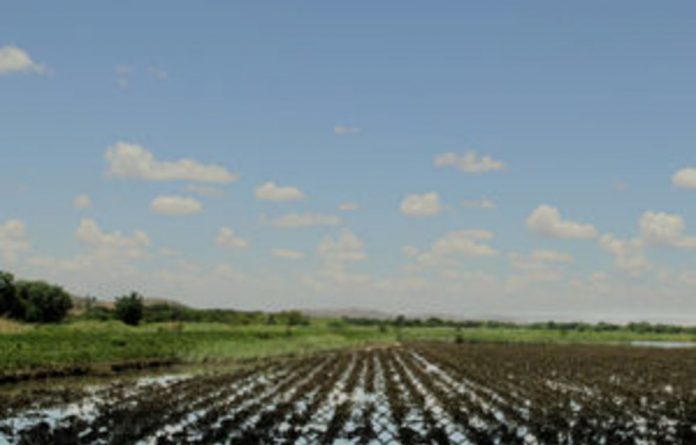 A political circus is playing itself out in the flood-hit Themba Khoza informal settlement in the greater Midrand area.

Confusion, mistrust and instances of opportunism have reigned since flash floods wreaked havoc in the area, forcing more than 40 families to seek shelter in a nearby police station.

This community, also referred to as Lindokuhle West, lives in one of the lowest areas of Ivory Park — a sprawl that stretches from Midrand in the west to Tembisa in the east.

When the Mail & Guardian visited the area three days after the flooding residents were still mopping up their floors and repairing what they could of their shacks — cardboard walls had been swollen and warped by the rainwater.

On a road separating the more developed Kaalfontein section from the informal settlement a crowd gathered around Mike Mpolokoso, a candidate for the African People’s Convention (APC), a splinter group of the Pan Africanist Congress.

Mpolokoso, who was in municipal election campaign mode, happily took me on a tour of the muddy shackland, a growing crowd trailing him. The entire area was a swamp, a shallow delta of mud and waste. Refuse dammed up one flooded tributary.

Pointing around the area, where empty, unsettled spaces were visible, he said this was where representatives of the Gauteng housing department had suggested that people affected by flooding should move while environmental impact assessments were done to check on the feasibility of a formal settlement.

The idea that a low-lying area within the maze of shacks could be better than the banks of a river made no sense to the roughly 3 000 residents. “We can’t afford to move — these boards are wet,” said Sibongile Hlatshwayo, pointing to her damp shack. “No one is saying they’ll help us with materials, they’re just telling us to move.”

That pace-setting change has taken the form of a “programme of positive action”, which has included marching on the Gauteng department of housing to highlight inadequate emergency services and helping people to register for housing.

The APC has been making its presence felt in the area and has been arguing that people should be moved to a soccer field overlooking the informal settlement while a more permanent solution is sought.

The floods, it seems, were just what this upstart party, led in the area by a ward councillor called Big Joe Mahlanga, needed to gain ground against the embattled ANC.

Mahlanga is a stark contrast to Mpokolotso. The latter hands out T-shirts and reels off the APC’s intervention strategies during the past year, while Mahlanga looks priestly, with a baby Afro, spectacles and stiff-collared shirt.

He explained the settlement’s formation, saying that only 85 families were initially moved there in 2003 from nearby Swazi Inn, another informal settlement in Ivory Park, to make way for a supermarket. But others joined them, erecting shelters — or collecting money from people in exchange for plots. Since then the Johannesburg Metro police department had been there several times to demolish illegal structures.

Mahlanga described the efforts to alleviate the people’s plight. Many residents, he said, had been moved to Kaalfontein extensions 22 and 23. Most were from the original 85 families moved from Swazi Inn but some were from other wards.

“It is a process that is being overwhelmed by the demands and the shortage of land,” he said. Despite claims of progress, a nagging disillusionment has crept over most residents of Ivory Park. Aggravating that is a new development by the Ekurhuleni municipality near extension 23.

As Mish Mdlalose, a young South African Communist Party ward chairperson, put it: “People have written letters and marched, but there are no interventions visible here. Toilets are scarce and they can’t even put a speed bump on this dangerous road.”

Despite the grandstanding of the politicians the floods have highlighted the fact that Themba Khoza is Kaalfontein’s poor relation. In South Africa’s development stakes, the width of a road can make all the difference.

After its run on America’s Got Talent, the Ndlovu Youth Choir became a symbol of unity. But its genesis points to South Africa’s deep inequality
Read more
Friday

In the days of social media, which can amplify storms in tea cups for retweets from a 'followers', it is easy to assume the mantle of 'leadership'
Read more
Friday