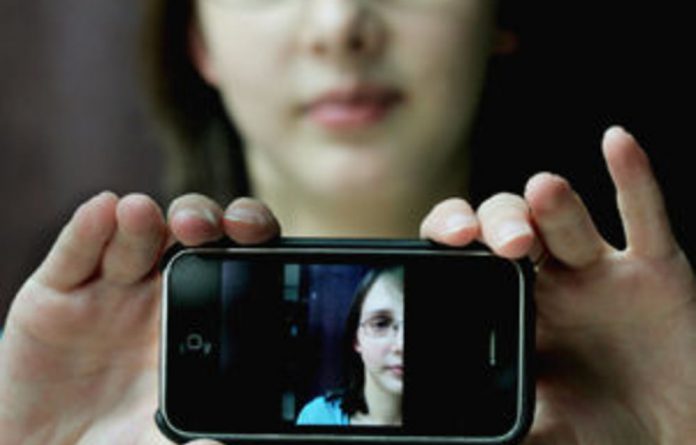 Confession time: the first thing I do in the morning, after waking up, is grab my cellphone and check Facebook and Twitter. I wish I didn’t.

There’s something uncomfortable about being so dependent on a communication medium. But I suspect I am not alone.

Just before I matriculated I joined a website where you are listed according to the high school you attended. The site isn’t particularly exciting, just a list of names.

You received a weekly email telling you who had joined your school and you could search other schools, but for anything more you had to pay. I remember thinking: “There has got to be something better than this.” And Mark Zuckerberg said: “Let there be social networking.”

I never had a MySpace page, but I joined Facebook in early 2007, soon after it was opened to anyone with an email address. Since then I have connected with long-lost friends, far- away family members, classmates, colleagues and even some randoms.

Twitter I joined under protest. Our internet journalism lecturer tried to get our postgraduate class interested, but we, being largely print-biased, to the utter bewilderment of more than one guest lecturer, regarded the 140-character social networking site with disgust.

But traffic changes everything. Bored out of my skull one Monday morning in February last year, sitting bumper to bumper on the N1 south and going nowhere quickly, I turned to Twitter to save myself chewing off my arm. That was the beginning of my love affair with/addiction to the site, which, judging by the growth in users (according to Twitter’s corporate blog 100-million new accounts were created and 25-billion tweets were sent in 2010) is shared by many others.

Twitter has changed the way I read the news (I follow links posted by news organisations, editors and journalists), the way I consume content on the internet (if someone I follow has posted a link, I can usually trust that it will be worth a read), the way I watch TV (you tweet it and chances are good that at least one person out there will be watching it too) and even the way I spend time waiting.

A free world
If you met me IRL (“in real life” in online speak) you’d think I was really quiet, but online, to quote one friend, I “voice pretty much every thought that runs into [my] head”. Well, not every thought, but generally that’s pretty accurate.

A study conducted in 2009 by Sysomos, a Canadian social media analytics company, found that 71% of tweets are ignored, meaning they are neither retweeted nor replied to, which basically means they go out and don’t receive any acknowledgement at all, not even an “oh, that’s interesting”.

Twitter is described as a micro-blogging service, bite-size bits of information you might write about on your personal blog, basically a mini online diary for the world to see. There is a certain comfort in sending out messages to the ether.

It’s nice to have people reply and it’s great when conversations are started, but mostly it’s a way of expressing yourself, with the bonus of interacting with people without going face to face. (I’m a reporter for a reason.) Twitter is a way of saying: “I was here! I lived! I did this!” No one wants to vanish into obscurity.

There’s a saying doing the rounds on Twitter: “Facebook is the people you went to high school with. ­Twitter is the people you wish you went to high school with.” It’s true. Facebook is full of people I haven’t seen in years, while on Twitter I have never met the vast majority of people I follow and am followed by. This isn’t necessarily a negative thing. A greater feeling of anonymity frees me to say things on Twitter that I wouldn’t on Facebook.

On Facebook posting too often is considered annoying and a little sad. People think things like: “Do you have nothing better to do all day than sit on Facebook and post crap?” And no one likes a timeline spammed by one person’s posts.

But on Twitter, if you don’t tweet for a while, people start asking if there’s something wrong with you. Facebook is more individual, while on Twitter, as cheesy as it sounds, there’s a real sense of community.

Part of this is the sharing of experiences. People will ask advice about everything from restaurants in a particular city to DIY tips and music recommendations. Most of the time tweeps (Twitter peeps) are happy to help out.

Too immediate
Condolences on the death or illness of a relative are readily offered — you may not have met the person in real life, but his or her tweets appear in your timeline every day, so you still feel empathy for him or her. Public announcements on traffic snarls or hijacked vehicles are retweeted and gripes about work or weather are shared (sometimes with sympathy).

But sometimes the immediate nature of Twitter is problematic. A rumour that Nelson Mandela had died took off on Twitter last weekend, spreading worldwide. Facebook is also not without its problems.

In December the Guardian‘s website reported on a 42-year-old British charity worker named Simone Back who announced on Facebook that she had taken an overdose and not one of her 1 000-plus friends (or “friends”) reacted with anything approaching concern. She died the next day.

When local information technology journalist and editor of Vodaworld magazine Andrew October was diagnosed with cancer, he thought Facebook would be the perfect way to keep in touch with people and keep his family and friends updated on his progress. He soon found that although people responded to him online, the contact dried up.

October has since deactivated his profile, saying that although the site is “great”, it shouldn’t be relied on for emotional support. “No matter how fancy technology is, it can never make up for actual physical contact between people.”

But Twitter actually does have some real-time social aspects. Because most users have never met in real life, they sometimes go to the effort of doing so. These meetings are called “tweet-ups” and can take any form really. I recently attended one in Pretoria. Very casual, it was basically drinks with friends, except that these friends had previously met only in the virtual sphere of Twitter.

The 20 or so tweeps met at Café Livingstone, a mostly student-populated house-turned-bar around the corner from Hatfield Square. The conversation was easy and the tweeting, believe it or not, was kept to a minimum.

But it can be disconcerting realising that people are actually paying attention to what you say online because, sometimes, Twitter feels just like talking to yourself. But there is a common denominator. Yes, they know stuff about you, but you know things about them too.

The awkward real-life small talk is therefore kept to a minimum and you can move on to more interesting things that are too general or lengthy to be discussed on Twitter: music, books, politics and where you grew up. Like corresponding with a pen pal or finding someone via online dating, meeting someone you have met on Twitter is really just putting a face to a name.

People are messy. Relationships are messy. Dealing with people online, where all you get is a line of text, is easier than in real life, where you have to watch out for facial expression, body language, all those non-verbal cues. Online response is moderated because you can take the time to consider it. Real life is immediate and unpredictable. It’s easier to write on someone’s wall for their birthday than to phone them up.

Instinct tells me this is probably not a good thing; we’re getting lazy in the way we communicate with one another. I get it. As wonderful and life-changing as social networks like Twitter and Facebook are, it’s important not to lose touch with real human beings — however awkward they may make us antisocial people feel.

Create your account: your username (or “handle”) and profile. If you want people to be able to find you, using your real name either as your handle or in your profile is a good idea.

Find people to follow: news sites are a good place to start, followed by people you know and high-profile people you admire. Twitter can make recommendations for you. Another way to find accounts you’re interested in is by looking at the “Following” lists of people whose opinions you respect and making a selection from there.

Interact with people: this is very important. You can’t lurk on a social network like Twitter, or only follow one or two people. It’s creepy. Reply to people using their handle (also known as the “@ reply”), retweet tweets you find particularly interesting, follow people who follow you. This last step is not recommended by everyone, but you may find some fantastic people. And if you don’t, the “unfollow” button is just a click away.

Use hashtags: hashtags are a way to tag your post and find related tweets. The biggest hashtags go on to become trending topics. There are a few standard hashtags, like #NowPlaying or #Fail, but there are no real hashtag rules: go wild. (Or: #gowild).

Update regularly: stopping by at least once a day is encouraged. Twitter is an ongoing conversation.

Twit-speak translated
Here’s a handy list explaining some everyday acronyms and slang on Twitter.
IRL – in real life.
LOL – laugh out loud.
LMAO – laugh my ass off.
OMG – oh my God/ gosh; OMW – oh my word.
WTF – what the fuck.
Kwa kwa kwa/ tl tl tl (or variants thereof) – a peculiarly South African way of writing “ha ha ha”.
#np – now playing; what you are currently listening to.
#twoogle – Twitter google. A way to find out specific information.
Trending topic – a hashtag or subject that many people are tweeting about.
Tweeps – Twitter peeps, friends.
Tweet-up – a gathering of tweeps.
Retweet – to repost someone’s tweet, with or without adding comment.
DM – direct message, private inbox messages exchanged by users. You can only DM someone if they follow you.
Fail – a negative expression when something’s gone wrong or generally just sucks.
Ftw – for the win. The opposite of fail, also expressed as #win.
#Brandplus – someone will tweet this when they’ve received good service from a company. The opposite is #brandminus or #brandfail.
#FF or #FollowFriday – users tweet the handles of people they recommend following.