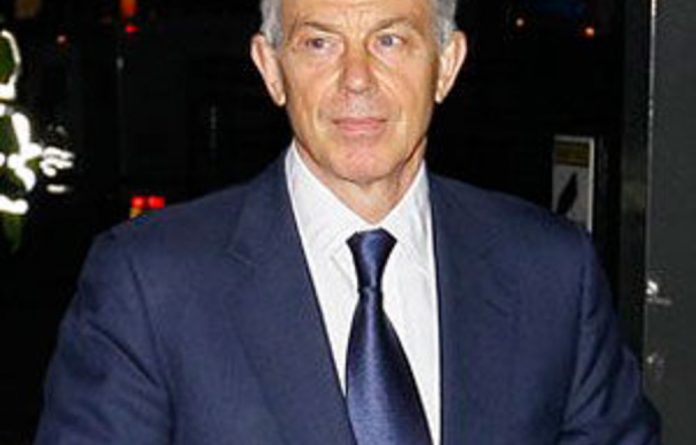 Former British prime minister Tony Blair promised he would back the United States in taking action against Saddam Hussein almost a year before the 2003 invasion of Iraq, he told an inquiry on Friday.

While Blair stopped short of saying he had promised former US president George Bush unconditional military support in early 2002 as critics claim, he said he had always agreed that Saddam had to be dealt with. “I accept entirely I was going to be with America in handling this,” he told the London inquiry into Britain’s role in the Iraq War, describing conversations between himself and Bush in summer 2002.

“What I was saying to President Bush was very clear and simple: you can count on us, we are going to be with you in tackling this. But there are difficulties.”

The timing of the decision for military action is an important issue for opponents of the war, who accuse Blair and Bush of being set on invasion regardless of its legality or whether it had backing from the United Nations.

Blair, who sent 45 000 British troops as part of the US-led invasion in March 2003, was making his second appearance at the British inquiry after being recalled to clarify evidence he gave at a hearing in January last year.

He repeated his message from his first appearance that the September 11 2001 attacks had changed the calculus of risk, meaning they had to deal with Saddam as he posed a threat to the world and was refusing to comply with the UN.

Facing a far more forensic probe of decisions he had taken, Blair said regime change in Iraq was on the cards immediately after the September 11 attacks unless Saddam changed tack. “If it became the only way to deal with this issue then we were going to be up for it,” he said, adding he had persuaded Bush to seek UN backing.

Ignored advice
A statement he gave to the inquiry also revealed he had ignored advice from the government’s top lawyer, given in January 2003, warning an invasion of Iraq would be illegal without a specific UN resolution.

Attorney General Peter Goldsmith only changed his mind shortly before the invasion, and Blair said he viewed the earlier advice as “provisional” and believed it would change when Goldsmith became aware of the UN negotiations.

The decision to go to war was one of the most controversial episodes of Blair’s 10-year premiership that ended in 2007, leading to massive protests and accusations he had deliberately misled the public over the reasons for the invasion.

Alistair Campbell, Blair’s former communications chief and one of his closest advisers until he resigned in late 2003, said people still felt raw about the war.

“Some people who actually really liked Tony Blair when he became prime minister … they will never forgive him for Iraq,” he told Sky News.

The inquiry, which began in November 2009 and is headed by former civil servant John Chilcot, was set up by Blair’s successor, Gordon Brown, to learn lessons from the conflict and is not designed to assign guilt or blame to any individual.

Hostility over Iraq continues to dog Blair (57), now an envoy for the Quartet of Middle East peacemakers — the United States, Russia, the EU and the UN.

“He was a liar. What I’m hoping for today is some repentance,” said Roy Vickery (63) a retired botanist. — Reuters