Foot soldiers of the revolution march on Tunis 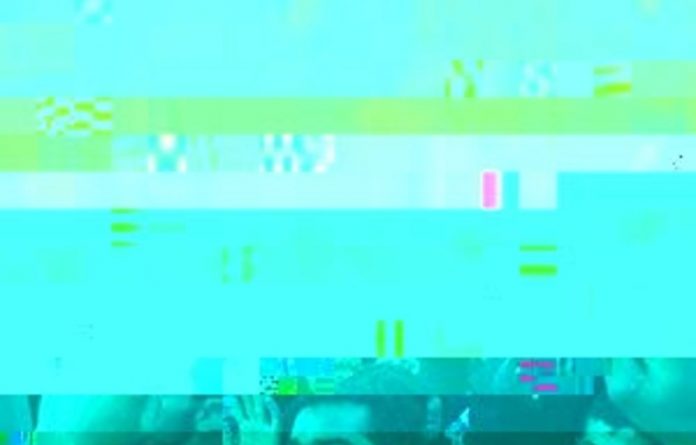 Protesters from Tunisia’s poor rural heartlands demonstrated in the capital on Sunday to demand that the revolution they started should now sweep the remnants of the fallen president’s old guard from power.

A week after Prime Minister Mohamed Ghannouchi took the reins of an interim coalition following the overthrow of veteran strongman Zine al-Abidine Ben Ali, he and other former loyalists of the feared ruling party face mounting pressure to step down.

For days, protesters have gathered at the premier’s office in Tunis, limited in numbers but tolerated by a police force wary of its own fate after Ben Ali and enjoying wider support among a population that is unused to free political expression.

On Sunday, amid a weekend calm, hundreds of people who had been driven to the capital in a “caravan of freedom” surrounded Ghannouchi’s building in central Tunis. Many were from Sidi Bouzid, the bleak central city where the “Jasmine Revolution” was sparked a month ago by one young man’s suicide.

“We are marginalised. Our land is owned by the government. We have nothing,” said Mahfouzi Chouki from near the city, which lies 300km south of Tunis and a world away from the opulent coastal resorts favoured by Ben Ali’s rapacious elite.

Demonstrators said they would not let the legacy of Mohamed Bouazizi, who set himself alight in protest at poverty and oppression, end with Ben Ali’s flight to Saudi Arabia and the establishment of a government dominated by his lieutenants.

“The people want this government to fall,” the chanted.

I want justice’
Amin Kahli, also from the Sidi Bouzid region, said he was honouring the memory not just of Bouazizi but of dozens who died facing down Ben Ali’s armed police on the streets.

Kahli himself had lost a brother in the revolt, which stunned the world by felling an autocrat who had enjoyed solid backing from Western powers and fellow Arab leaders since he had eased out the first post-colonial president in 1987.

“My brother was leaving home for work when a sniper shot him in the chest,” Kahli said. “He was only 21. I want justice for him and I want this government to fall.”

Five such appointees quit the Cabinet within a day of Ghannouchi forming it.

Tunisians’ revolt has electrified millions across the Arab world who suffer similarly from high unemployment, rising prices and repressive rule, often by governments back by Western powers as a bulwark against radical Islam. Arab leaders have responded to such pressures by both concessions and police measures.

In Yemen, the poorest Arab state, hundreds of students demonstrated on Sunday after the arrest of a woman who had led previous protests demanding a Tunisian-style uprising.

Crimes
In an emotional interview on state TV on Friday, Ghannouchi said he intended to retire from politics after organising elections. But despite signs many Tunisians would like to see a return to calm, his words have failed to stem the protests.

Ghannouchi also sought to distance himself from the former leader. He vowed to track him down and promised compensation for the families of victims of human rights abuses.

Authorities have said they arrested 33 members of Ben Ali’s family for crimes against the state but have only named one of them — Imed Trabelsi, a nephew of Ben Ali’s wife Leila.

“This revolt is not the Jasmine Revolution, because jasmine is a flower that anyone can just pick,” said Mohamed Ali Zdini, a Tunisian who lives in Italy. “This revolution is more like an olive tree, because it has deep roots and no one can uproot it.”

Sunday was the last of three days of national mourning declared by the Ghannouchi government for the victims of the unrest that convulsed Tunisia for several weeks.

Officials said on Saturday they would investigate the interior ministry’s role in the deaths of protesters and revise laws to prevent the rise of another strongman. Police themselves demonstrated in Tunis on Saturday to declare their innocence of crimes against the people and to portray themselves as victims.

The interior minister has said 78 people had been killed since the start of the demonstrations in December, but the UN High Commissioner for Human Rights put the number at 117, including 70 killed by live fire.

The government said schools and universities would begin reopening from Monday and sporting events, also on hold since last week, would resume soon. A night curfew remains in place.

It has released political prisoners, set up commissions to investigate corruption and theft of state property during the Ben Ali era, and offered a blanket amnesty to all political groups, including Islamists whom Ben Ali had long demonised. – Reuters, AFP