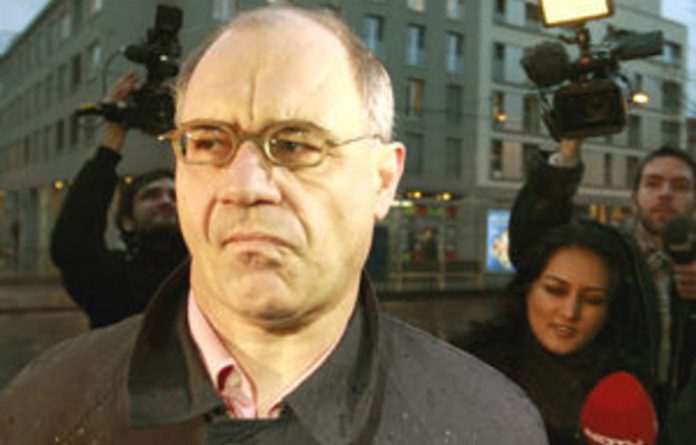 Julian Assange, the WikiLeaks founder, pledged this week to make public the confidential tax details of 2 000 wealthy and prominent individuals, after being passed the data by a Swiss banker who claims the information potentially reveals instances of money-laundering and large-scale tax evasion.

In a carefully choreographed handover in central London, Rudolf Elmer, formerly a senior executive at the Swiss bank Julius Baer, based in the Cayman islands, said he was handing the data to WikiLeaks as part of an attempt “to educate society” about the amount of potential tax revenues lost to offshore schemes and money-laundering.

“As a banker, I have the right to stand up if something is wrong,” he said. “I am against the system. I know how the system works and I know the day-to-day business. I wanted to let society know how this system works because it’s damaging society,” he said.

Elmer was taken into custody by Swiss police on Wednesday, having been found guilty of breaching strict banking secrecy for publicising private client data and of threatening an employee at his former firm Julius Baer, Reuters reported.

He refused to comment on the period covered by the data, contained on two compact discs, or the precise source of the information; he also would not give the names of corporations or individuals whose details he was handing over, saying that the information needed to be “investigated” before it was released into the public domain.

Assange, making his first public appearance since being granted bail in December on sex assault allegations, for which Sweden is seeking his extradition, said he would pass the information to the United Kingdom’s Serious Fraud Office (SFO), examine it to ensure sources were protected and then release it on the WikiLeaks site, potentially within “a couple of weeks”.

“Once we look at the data, there will be full disclosure,” he said.

Not open yet
He would not be drawn on his extradition case, to be heard at Belmarsh Magistrate’s Court in southeast London on February 7, or on other leaks the site has promised, including information involving a “big United States bank”, which many believe to be Bank of America.

The site was not yet fully functional, he said. “We are not open yet for public business. The volume of material that we would receive is too high for our internal mechanisms, but we are receiving in other ways,” he said. The release of leaked US diplomatic cables, which the site originally released through the Guardian and four other international media organisations, would continue, however.

Elmer said he was passing the information to WikiLeaks because he had previously approached universities with the information but it had not been followed up. He said his attempts to interest the Swiss media had resulted only in his being dismissed as “a paranoid person, a mentally ill person”.

“I was close to giving up, but then a friend told me: ‘There’s WikiLeaks.’ I looked at it and thought: ‘That’s the only hope I have to [let] society know what’s going on.'”

In 2008 he released a much smaller collection of documents to the site, also giving the tax details of some of the bank’s clients. Though the site has never published the information, Julius Baer succeeded briefly in shutting down Wikileaks.org before the site, supported by a number of US media and civil liberties organisations, succeeded in overturning the injunction. He also passed the information to the US tax authorities.

The data was later seen by the Guardian, which found “details of numerous trusts in which wealthy people have placed capital. This allows them lawfully to avoid paying tax on profits, because legally it belongs to the trust.”

The data also appeared to “include several cases where wealthy individuals sought to use trust money as though it was their own”.

Julius Baer told the Observer: “The aim of [Elmer’s] activities was, and is, to discredit Julius Baer and clients in the eyes of the public. With this goal in mind, Mr Elmer spread baseless accusations and passed on unlawfully acquired, respectively retained documents to the media, and later also to WikiLeaks. To back up his campaign, he also used falsified documents.” — Guardian News & Media 2011