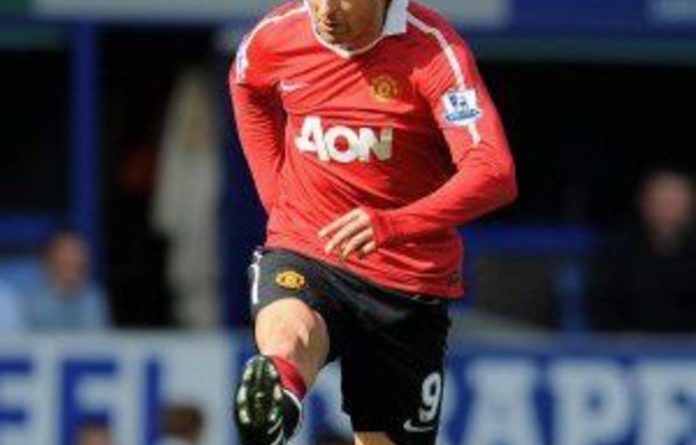 Blackpool went into the break 2-0 up on Tuesday thanks to goals from Craig Cathcart and DJ Campbell, but United produced another of their famous late comebacks as Berbatov and Javier Hernandez ensured the leaders remain unbeaten in the Premier League this season.

“We have the mentality that we can win even when we are 1-0 or 2-0 down,” said Berbatov, who took his goal tally to 20 for the season, with 19 coming from the Premier League.

“We are always confident that if we can score one, we can score even more. The first-half was not so good for us but we overcame that obstacle and in the second half we had a very good game.

“It was hard in the first half because it is not a friendly ground and the pitch is not the same as at Old Trafford. The ball bobbles around and Blackpool played well and scored some goals and could have had more, but we said we could do it.”

‘Deserved winners’
United were all at sea until Ferguson replaced Wayne Rooney with Hernandez with the clock winding down and that proved to make a huge difference as United turned the game on its head in the space of 15 minutes.

“The substitutions did change the game,” added Berbatov, who has scored 13 goals in his last 10 appearances.

“Giggs has experience and his cross was excellent and Chicharito just wants to score goals, but it was the team spirit that won the game.

“I hope this is not the best football of my career. I hope the best is still in the future ahead of me in a Manchester United shirt.

“We now have to move on until the end of the season and finish on the top but we cannot underestimate the other teams.”

Ferguson admitted United rode their luck in the first half but he was impressed with the way they hit back to move five points clear of Arsenal at the top.

“The first half we were battered and we couldn’t handle Charlie Adam, his corner kicks are worth £10-million,” he said.

“We changed it at half-time, brought on Ryan Giggs, started to penetrate and, in the end, ran out deserved winners.”

‘Magnificent’
Blackpool manager Ian Holloway was furious with referee Peter Walton for not awarding his side a penalty straight after the break when Rafael, later carried off with concussion, tackled Luke Varney in the United penalty area.

“If that’s not a penalty on Luke Varney then deary, deary me,” he said.

“Rafael makes no effort to play the ball at all, he wipes the player out, and it’s a stonewaller.

“If we go 3-0 up, who knows? Saying that, what a team United are. The players they brought on, the way they came strong at the end, they are a magnificent team.”

Blackpool have also been unsettled this week by the constant speculation over the future of captain and talisman Charlie Adam.

Blackpool folklore
Adam has handed in a written transfer request at Bloomfield Road, which was subsequently rejected, yet rumours persist that Liverpool are in the hot seat to land the midfielder.

Holloway shrugged off all that attention though to produce another fine performance to add further credence to Holloway’s belief that he is worth at least 12 million pounds.

“He deserves to play at a higher level, I have to say that, because he is such a tremendous player, he really is.

“I think it is really important that we understand how the boy feels but we also have a duty to the fans to run the club properly. Who can I replace him with for £4-million pounds? No one. So why are we doing it then?

“Any player in the world can be bought and sold but you have to replace them with someone of importance.

“He is going to write himself into Blackpool folklore. In fact I might even build him a statue myself.” — Sapa-AFP