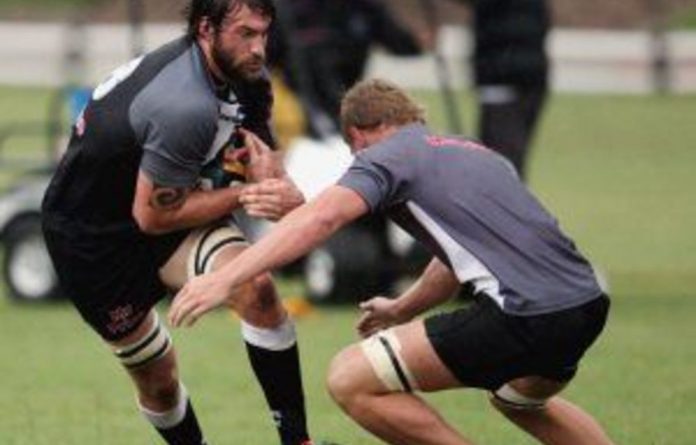 While the teams involved in the Super 15 prepare to enter the murky waters of a new competition the familiar tug of war in South African rugby remains in place: What’s more important — the provinces or the national side?

On Tuesday the coaches of the five Super rugby franchises met in Johannesburg with officials from the South African Rugby Union (Saru) and Springbok coach Pieter de Villiers. The aim was to get everyone singing from the same hymn sheet in a World Cup year.

Andy Marinos, Saru’s manager of national teams, said: “There is an intense season ahead for the players and it was important to get everyone on the same page. We have discussed in broad terms what we believe would assist the Springbok cause. We will work in conjunction with the franchises on the medical and conditioning aspects and we will have access to the players depending on the teams’ playing schedules.”

Chiliboy Ralepelle and Bjorn Basson will have to wait to know their fate after judgment was deferred. The pair were sent home from the end-of-season Springbok tour after testing positive for the banned stimulant methylhexaneamine.

Saru announced that more would be revealed “once the committee has completed its deliberations”, which covers a lot of ground. Insiders believe the pair will get off with a slap on the wrist, but someone will have to walk the plank — and that someone could be conditioning coach Neels Liebel.

One high-ranking official who did not wish to be named said: “Saru arranged the sponsorship with the company that made the product and what’s [written] on the bottle is not what’s in the product. Everyone took it and it was given to them by Neels.”

‘Kick-chase game’
After a disappointing 2010 season the Boks will hardly be starting the new year with a clean slate then, but for the franchises it’s a different story. After winning the Super 14 three times in the past four years, the Bulls will start the new 15-team tournament as favourites. Last year they met the Stormers in an emotional final in Soweto, but national captain John Smit believes his Sharks team will push the Bulls all the way this year.

Smit is returning from a five-month break after a neck operation and was tremendously impressed by his team’s Currie Cup winning campaign last year. “It was great to be able to watch the side from a distance. What stood out for me was how well they played, especially the young guys in the side. There was no doubt that the best side won and if you consider that the Bulls and Stormers played in the Super 14 final, both were well beaten by the Sharks in the semis and final of the Currie Cup.”

Sharks assistant coach Grant Bashford is also bullish about his team’s chances. “In 2008 we won the Currie Cup playing a kick-chase game and in 2010 we won it with a ball-in-hand game. That’s given us nice variety to call on tactically. If you look at the Currie Cup semifinal against the Bulls, we began the game in blistering heat and took the ball through 14 phases from the kick-off for Keegan Daniel to score a try. In the second half it poured with rain, so we had to defend our line, play a more forward-oriented game and kick a lot more. We showed in that game that we have the ability to adjust to any conditions and circumstances.”

Nevertheless, the new season will be a steep learning curve for everyone, with twice as many local derbies sure to remove some key players from the mix for both Super rugby and the World Cup. Pieter de Villiers might secretly wish for a poor year from the South African sides so he can keep his stars fresh, but that is unlikely to be the case.