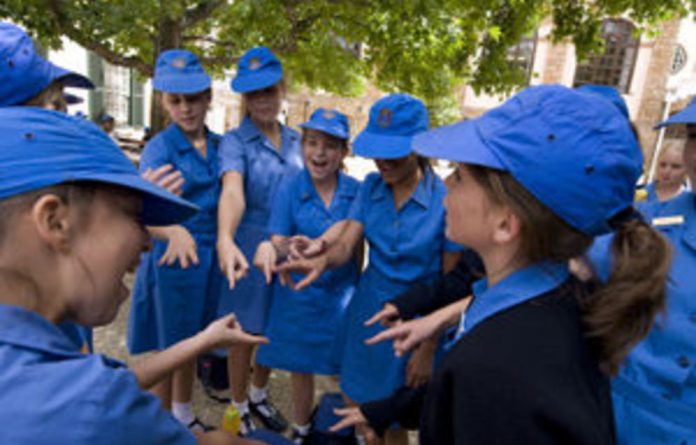 A few years ago I wrote an article on simplifying school uniforms and got this response from a nun: “Mr Potterton, I read everything you write and I must say this is the biggest load of rubbish you have ever written.”

The school uniform topic is one of those debates that generate a lot of heat and no one seems able to approach the topic with a cool head.

The school uniform has its roots in English public schools 200 years ago when it was an indicator of social standing both inside and outside school. They became mandatory by the mid-20th century in England and were generally abandoned in the 1960s and 1970s.

Now uniforms are back in fashion and are once again an indicator of social attitudes. Since the uniform’s origins in England, the idea has been taken to bizarre extremes around the world; one posh school in Johannesburg has 80 different coloured ties.

Most people argue that a uniform gives learners a sense of belonging. It makes everyone equal and prevents children from being made fun of because of what they wear. One of the strongest arguments put forward is that wearing school uniforms improves behaviour and instils a sense of pride in the school. School uniforms are also thought to improve student attendance. Another argument is that uniforms are practical and made to last and that in the long run it works out cheaper than ordinary clothes.

A few sociologists believe that those who wear school uniforms perform better academically in school. They argue that learners are often so focused on their wardrobe that it distracts them from their school work. However, there is no data to prove that uniforms are conducive to learning and can improve student performance.

My own argument is that ties, acrylic jerseys and Teflon-coated blazers are uncomfortable and not very warm in winter. Uniforms are expensive and don’t last. They also stifle individuality. We already know that learners who are forced to wear uniforms will find other ways to express themselves, possibly through the inappropriate use of make-up, piercings or jewellery. Schools spend a lot of time and energy on getting learners to wear their uniforms properly. Untucked shirts, loosened ties, missing belts, unbuttoned blazers and other infringements keep teachers very busy enforcing a uniform dress code. This can affect teaching and learning time.

So what are the real motives behind this uniform craze? The industry is essentially a money-making one. British research shows that the 145-year-old company, Trutex, supplies 1 000 schools and sells around 2,5-million garments each year. Do the maths. Here in South Africa the average uniform in a middle-income school costs around R9 000. If you have 400 learners buying uniforms, you’re looking at a total of R3,6-million being spent on looking alike.

I’m not calling for the complete abolition of uniforms. Heaven forbid — I don’t want that nun coming after me. I’m calling for the simplification of uniforms, a project also espoused by the previous minister of education. We need to do away with those expensive blazers, the tracksuits with the unique school designs and colours, as well as socks with stripes that cost 10 times more than plain grey socks.

If schools want a unique identity, they ought to have iron-on badges that parents can affix to shirts and other items of clothing. We already have some reputable chain stores selling high-quality school clothing made right here in South Africa.

Also, if schools want their children to wear uniforms they should establish a fund to provide assistance to poorer families.

Mark Potterton is director of the Catholic Institute of Education