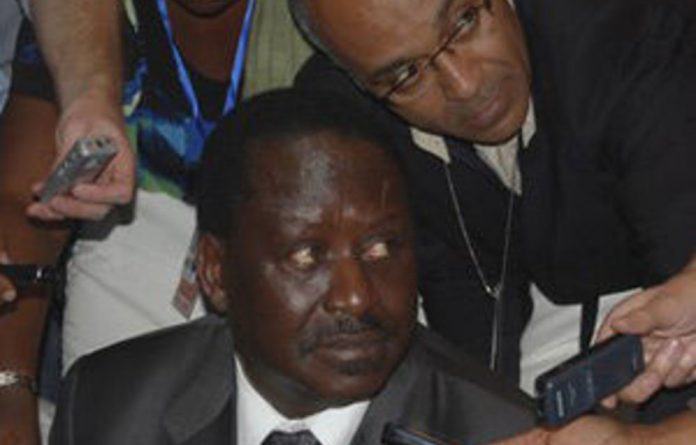 The African Union said on Friday it would form a panel of heads of state to solve the leadership crisis in Côte d’Ivoire which would come up with a legally binding settlement within one month.

The world’s top cocoa grower has been paralysed by a power struggle stand-off following a November election. UN-certified results showed that opposition candidate Alassane Ouattara won but they were overturned by a top legal body and incumbent Laurent Gbagbo has resisted calls to step down.

“We have decided to set up a panel of heads of state to solve the crisis. The panel will conclude its work within a time frame of one month. It’s conclusions will be legally binding on the Ivorian authorities,” said Mauritania’s President Mohamed Ould Abdel Aziz

Mauritania currently chairs the African Union’s Peace and Security Council (PSC). Abdel Aziz said there would be five heads of state on the panel and that he would chair the panel, and its members would be chosen within the few days.

The PSC also demanded the immediate lifting of the blockade around the lagoon-side Golf Hotel from where Ouattara is running his parallel government.

“We are not changing the negotiations but expanding the framework in order to find a negotiated settlement,” said Jean Ping, chairperson of the African Union Commission after more than four hours of negotiations that included the leaders of Nigeria, South Africa, Zimbabwe and Mauritania.

Earlier, the bloc’s mediator said ahead of their summit on Friday that leaders of the African Union must demand Côte d’Ivoire’s presidential rivals hold face-to-face talks to resolve a deepening post-election crisis.

“This summit must send a strong and unequivocal message that the two parties must negotiate face-to-face,” Raila Odinga said before presenting a report on Côte d’Ivoire to the PSC.

Odinga, prime minister of Kenya, failed to make a breakthrough during two visits to the West African country this month.

Cocoa year highs
The political crisis has sparked fears of renewed conflict in a country divided since a 2002/03 civil war. A subsequent ban on exports ordered by Ouattara has pushed cocoa futures to one-year highs this week.

Ouattara was recognised by world leaders as winner of the poll, but Gbagbo refused to step aside after the pro-Gbagbo Constitutional Council said he was the victor.

Gbagbo’s camp has said it would hold talks but Ouattara said these can only take place once Gbagbo steps down.

Odinga said the AU and West African bloc Ecowas both want a peaceful, negotiated settlement to the crisis in Côte d’Ivoire but other measures must be considered.

“Given the grave risk the continuation of this crisis poses to Ivorians and the people and the states in the region, Africa must stand ready to deploy other measures if a settlement cannot be agreed through negotiations,” he told reporters.

The AU has joined world leaders and other bodies such as the UN in recognising Ouattara as winner but some cracks have emerged in the unity of the continental body, due to discuss the crisis at a summit in Ethiopia this weekend.

A range of sanctions have been imposed on Gbagbo and institutions supporting him in Côte d’Ivoire but Ecowas military planners say they are ready to carry out a threat to oust him if he refuses to step down.

A source close to the mediation said it was recommending “some form of power-sharing government, with a clear head of state”.

“Gbagbo can’t be a member of the executive but his allies should be,” the source said. “If there is an agreement, he would have the freedom to remain in or leave.” – Reuters

Richard Lough
Richard Lough works from Paris, France. I'm a Reuters journalist, now in Paris after a decade in East Africa and Argentina. Views are my own Richard Lough has over 3381 followers on Twitter.
Facebook
Twitter
WhatsApp
Linkedin
ReddIt
Email
Print