It is misogyny not empowerment 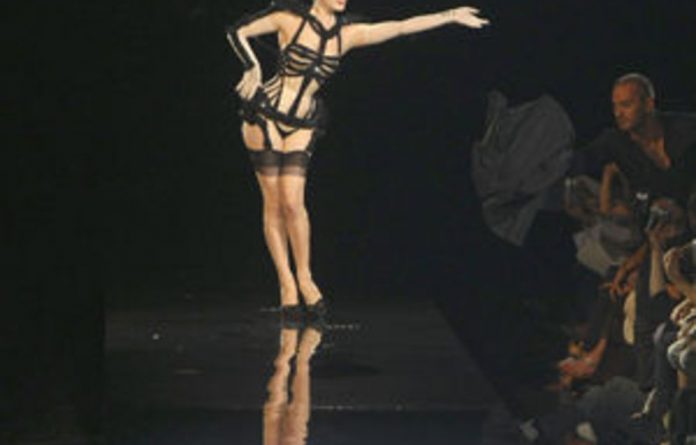 There’s more to subversion than stripping and sequins. Burlesque was once a truly radical form of working-class theatre, with 19th-century spit-and-sawdust shows that were as much about gender-bending and poking fun at the rich as they were about striptease.

But it has now become a byword for bourgeois sexual performance, the same old objectification tastefully repackaged in ostrich feathers and expensive corsetry.

The new big-budget Hollywood jiggle-fest, Burlesque, starring Christina Aguilera and Cher, signals the final co-option of this once challenging artform into a glib titillation parade, lapdancing with a retro aesthetic. This troubles me, as a feminist and a former burlesque performer.

During the United Kingdom’s X Factor final Aguilera promoted the film with a live performance of one of the tie-in tracks, complete with writhing backing dancers in skimpy, old-fashioned panties.

Parents all over the country called in to complain about the explicit nature of the pre-watershed segment, with the Mumsnet site and other parents’ forums taking issue with the sheer amount of flesh on show.

The right-wing tabloid, the Daily Mail, predictably, reacted to this pageant of pre-watershed gusset-waggling with paroxysms of moral hand-wringing, conveniently illustrated with pictures of waxed, half-naked 20-year-olds.

Radical burlesque
Burlesque as an artform began to lose its underground credentials the moment bourgeois gymnasiums started marketing ‘keep-fit burlesque classes”, but the film is the final glittering nail in the corporate coffin of radical burlesque.

It features Aguilera as a nubile young dreamer trying to make her way as a waitress before finding fame, fortune and personal fulfilment when she realises that she has a talent for taking off her clothes to a big-band soundtrack. So far, so Hollywood.

I wouldn’t want my little sisters to see the film either, but not because I have any desire to protect them from sexual content: the truly damaging message of the film and of the industry as a whole is the notion that female empowerment is all about the ‘power of the tease”.

Apologists tend to enthuse about its empowering nature — and indeed, as I learned when I was a performer, there is a certain cold joy in the realisation that you can make men watch you and want you.

Desires
Since the dawn of time women have been told that their most important social bargaining chip is the power to suggest sex and then withhold it, denying our own desires and manipulating the desires of men.

There is nothing at all new about that sort of empowerment and I don’t want my little sisters learning that artfully withholding intercourse is the best they can hope for.

If the most empowering activity modern women can take part in is a ritualised form of the denial of sex, then we really have to question how far sexual politics has come after 50 years of feminism. As pop stars and presenters clamour for their turn with the nipple tassels, businesswoman and burlesque superstar Dita Von Teese extemporises on what she calls ‘the art of the tease”: ‘Burlesque is a world of illusion and dreams and, of course, the striptease.

As a burlesque performer, I entice my audience, bringing their minds closer and closer to sex and then — as a good temptress must — snatching it away.” The increasing aesthetic similarity of burlesque dancing to plain old stripping is often excused by producers and performers who wish us to believe that this bland rehearsal of sexual frustration is ironic, and hence not seriously meant.

There is nothing ironic about an erection, however — nor about a payslip. While there may well be some men who get off on the idea of nestling between a taut, bouncy pair of inverted commas, sexual irony as a form of art can never be truly subversive.

Call me an iron-knickered feminazi, but I’m bored with being sold weary, old-fashioned misogyny and told that it is new, ironic and empowering. If you want to feel sexy, have sex — and if you want to be empowered, join a political movement. — Guardian News & Media 2010