How Google is getting its focus back 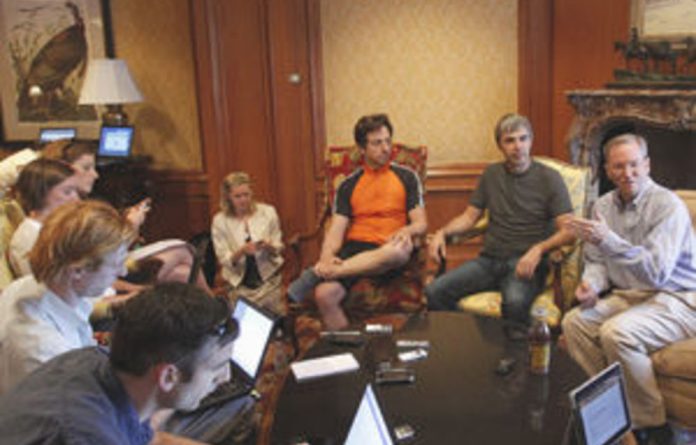 Eric Schmidt’s departure after nearly 10 years as chief executive of Google has been quite a while coming.

‘Day-to-day adult supervision no longer needed!” Schmidt tweeted as the announcement was made last week. But the truth is that Google needs a lot more adult supervision as it enters its second decade as an organisation. Like so many before have done, the company is hitting barriers to its own growth.

The question it needs to ask itself is how it can stay as nimble as when it was younger, given that it is now much, much larger.

Schmidt will be replaced by the intense Larry Page, after whom Google’s PageRank algorithm, the system for determining where web pages should rank in search results, is named,

The move has clearly been in the pipeline for some time; in a blog post, Schmidt admitted it had been planned over the Christmas holidays. Of course the trio — Schmidt, Page and their other co-founder Sergey Brin — figured out that if Schmidt had simply announced it on January 2, all hell would have broken loose: the stock would have tanked and everyone would have picked the following week’s financial results apart like vultures on a carcass.

Instead, everyone noted the top-line numbers, agreed they were good and started obsessing over Schmidt’s jolly words towards his younger colleagues.

Though it’s not obvious, Google’s problem has been in focus and execution of strategy. Despite having over 90% search share in most markets, its fabled search algorithms are being exploited by spammers.

The issues
Its huge growth in sales of smartphones using its Android operating software is dampened by the fact that Google has not been able to persuade mobile networks or handset makers to automatically upgrade their software to the latest operating platform — a serious inconvenience to customers.

More dangerously, it faces an antitrust investigation in Europe over whether it cross-promotes its own services in its search results.

The first two issues are problematic, but the third could be murderous to company culture, as Microsoft discovered after it was found guilty in the United States and later in Europe of antitrust violations. While Wall Street analysts purred at Google’s financial results, the (amateur) analysts were a lot tougher on Twitter.

The reason why Schmidt had to go? Google’s organisation was starting to get too big to make things happen (because you can bet he didn’t really want to go; it’s a cool gig being the chief executive).

‘Google’s core search is troubled, and [Wall Street] seals prattle about how lovely it is that BrinPage have matured into execs,” tweeted Paul Kedrosky, an investor and (in his words) ‘lapsed” analyst.

‘In case anyone pays attention to such things, [JP Morgan] saying all [Google’s] numbers tonight ahead of expectations, except margins, which missed.” He added: ‘Not to be all self-serving, but I read Google’s mgmt shakeup as a confession that the co is a decision-making mess losing its way in search.”

‘Big three’
Why would that mean Schmidt should go? Because the arrangement in which he was chief executive, whereas Page and Brin as co-founders had an equal role, eventually led to a drift.

Google needs someone who will speak, singularly, for the company. At the other two of the ‘big three” technology companies, Microsoft and Apple — the co-founders Paul Allen and Steve Wozniak faded into the background, letting the ones better suited to leading the company take over.

Ignoring Google Search and Android — its two giant (but flawed) successes — one can see myriads of little failures. The company has not gotten into social networking or social search, allowing Facebook control of the market. In trying to create a Twitter clone, Google had its embarrassing debacle of Google Buzz, which led to a class action settlement when users sued over being enrolled automatically.

Then there was Google Wave, a product so revolutionary that nobody could quite explain what it was for — including Google.

There was also the accidental collection of personal data via Wi-Fi while generating its Street View product, leading to a privacy investigation that has rumbled on and on.

None of those failures could be laid directly at Schmidt’s door, but each one is a failure of corporate culture — and that is down to Schmidt.
Google needs to become a tight ship where products are not pushed out of the door without careful examination of their value both to the company and to customers.

Page now has an urgent task on his hands. Google needs to negotiate strongly with handset makers and mobile networks on behalf of Android. Compare the iPhone, where statistics show around 90% of users are on the latest version of its operating system, and Android, where about 58% are updated.

Page needs to slow and reverse a tendency for Google to act too independently and instead create coherent products that fit with the rest of its strategy.
In the past week, it emerged that Google is going to develop Google Offers, its own clone of Groupon, the wildly successful discount voucher company that it tried to buy last year.

The new product’s launch date is unclear, but Google is trying to recruit local companies to take part.

It could be a huge success, but it will need all of Google’s considerable heft to make it work well. Groupon’s success is down to its focus on its task. Google has grown so big that it is missing some of that. Page and Brin can make it happen, but it’s not going to be easy. — Guardian News & Media 2010

A dash of fun for the little boys’ room
Sega has installed Toylets in men’s lavatories at four bars and games arcades in Tokyo.

The games use pressure sensors attached to eye-level LCD screens that test users’ accuracy as they answer the call of nature.

The four games include one in which the object is to spray the screen clean of graffiti. Another, Manneken Pis, named after the famous statue in Brussels, measures the volume of the urine stream.

Splashing Battle, meanwhile, pits one user against another — though thankfully not directly — by challenging him to produce a more powerful stream than the previous visitor.

In the fourth game, The North Wind and the Sun and Me, sensors control a digital wind blowing up a young woman’s skirt. The greater the stream’s intensity, the higher the skirt travels.

The games sit (or stand) well with Japan’s open attitude to all matters micturition. Children are raised on tales of ghosts who inhabit toilets, perhaps to encourage cleanliness, while girls are encouraged to keep on the good side of the female deity who supposedly resides in domestic WCs.

While many foreign visitors to Japan find themselves befuddled by hitech ‘washlets” in upmarket hotels and restaurants, locals are accustomed to heated sets, multidirectional jets of warm air and water, and even face-saving ‘perfume bursts”.

For the easily embarrassed, the toilet maker Toto offers Otohime (Sound Princess) — a gadget tailored for women’s public lavatories that emits the sound of running water.

Sega said it had no plans to market the Toylet games commercially.