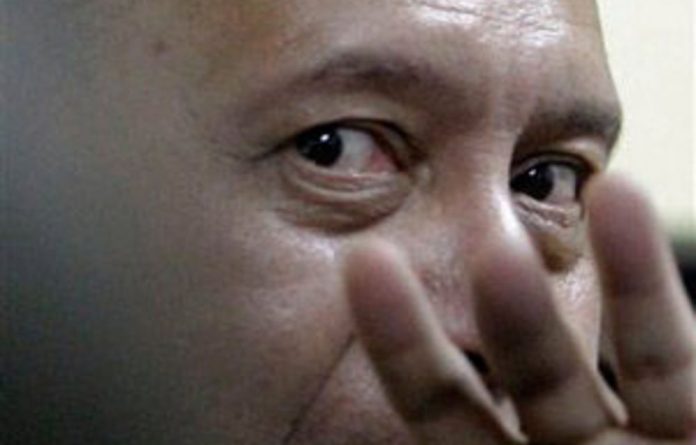 Former Haitian dictator Jean-Claude “Baby Doc” Duvalier laughed at the notion he was a tyrant and claimed in a television interview on Tuesday that he had introduced democracy to his troubled homeland.

“I was the first person to start a process as such in Haiti, a democratic process, it was me who started it,” Duvalier said in an interview conducted by Alicia Ortega and broadcast by the Spanish-language Univision network.

Duvalier (59) returned unexpectedly to Haiti last month after 25 years of exile in France. He now faces charges of corruption and crimes against humanity for the killings and torture that occurred during his 15-year rule.

He assumed power in 1971 upon the death of his widely feared father, Francois “Papa Doc” Duvalier, who ruled Haiti with an iron fist and a secret police force known as the Tontons Macoutes.

Duvalier fled to France amid a popular uprising in 1986. He offered a startlingly different version of events during the interview, which was conducted in French.

“When they talk of me as a tyrant, they make me laugh, it gives me the impression that people suffer from amnesia, they’ve forgotten the way in which I left Haiti, how I left voluntarily,” Duvalier said. “There was no revolution at that time.”

Duvalier said his father was “an excellent teacher” who had trained him well to become the world’s youngest head of state at age 19. “He taught me a lot, I learned a great deal from him and, on his death, he left me excellent aides,” he said.

Duvalier also said he returned to Haiti on January 16 to help his compatriots rebuild from the January 2010 earthquake that killed more than 300 000 people.

‘Normal’ to meet with supporters
Asked whether he had since met with former Tontons Macoutes, whose name translates loosely as “bogeymen”, he replied that it seemed normal to meet with his former supporters.

In his first public statement on January 21, Duvalier offered sympathy for those who suffered abuses under his rule, but stopped short of apologising for the killings and torture that occurred during his 15 years in power.

In the TVs interview, he declined to get into specifics about the human rights charges against him.

“Justice will do what it has to do to respond to those accusations. So I’ll leave that to justice,” he said.

Duvalier’s homecoming added to the tension in Haiti, which was already roiled by a disputed presidential election, a deadly cholera outbreak and the catastrophic earthquake.

Haitians and international observers have speculated he returned as part of a ploy to claim millions of dollars frozen in a Swiss bank account — money he is suspected of looting from Haiti’s treasury.

Duvalier said that money would be used for earthquake rebuilding.

“Haiti has an obligation to investigate the well-documented serious human rights violations that occurred during the rule of Mr. Duvalier and to prosecute those responsible for them,” said UN Commissioner for Human Rights Navi Pillay. – Reuters