US digs out from epic winter storm 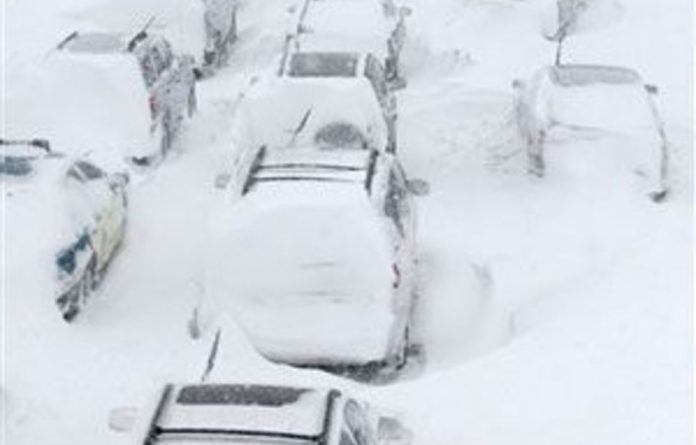 Millions of Americans dug out from an epic winter storm on Wednesday that buried more than a third of the United States in drifting snow, sleet and ice that ground air and road travel to a halt.

The storm — one of the largest since the 1950s — stretched for more than 3 000km from Texas to the north-eastern state of Maine, and forecasters warned that trying to get around could be deadly.

“The extreme conditions are making it extremely difficult for rescue personnel to reach the stranded,” the National Weather Service warned. Before driving, it added, “ask yourself if getting to your destination is worth risking your life”.

Blizzard, winter storm, freezing rain and wind chill warnings were issued for more than 30 of the 50 US states, and thunderstorms, tornadoes and driving rain drenched the warmer, southern end of the storm in Louisiana and Mississippi.

States of emergency were declared in Illinois, Indiana, Missouri and Oklahoma and the National Guard was called out to help rescue stranded motorists.

“This was a massive storm and it was diverse,” National Weather Service deputy director Laura Furgione said.

Officials in New York city asked drivers to stay off the roads. Amtrak suspended train service between New York and Philadelphia because of electrical problems, and cancelled many runs in the Chicago area.

In Chicago — one of the hardest hit by the storm after near-hurricane force winds sucked more moisture off Lake Michigan — firefighters used snowmobiles to navigate the streets.

“It’s like heaven out here. Everything is white and fresh and quiet.”

Schools closed
Schools were closed for the first time in 12 years in the Windy City, known for scoffing at the kind of wintery weather that cripples less hardy cities.

Schools closed for a second day on Thursday as many Chicago streets remained impassable. More than 50cm of snow had been dumped on Chicago by midday on Wednesday — the third biggest snowfall on record.

Neighbours banded together to dig out cars and clear sidewalks as a festive mood settled on the city.

But officials warned that shovelling can be dangerous. More than 40 people died of heart attacks in the aftermath of a 1999 blizzard in Chicago. And the Chicago Tribune reported on Wednesday that seven deaths are being investigated as storm-related, including two heart attacks while shovelling.

“It’s important to remind folks to be careful,” said W Craig Fugate, administrator of the US Federal Emergency Management Agency. “We’re [also] asking people to check on their neighbours, make sure everyone’s okay.”

One-hundred-and-twenty-three storm-related injuries — most due to slips and falls — were reported to the Oklahoma department of health by Wednesday morning.

Hundreds of thousands of people were left without power in Illinois, Ohio and Indiana after strong winds knocked down power lines. Local media reported that some homes in Ohio would be without power into the weekend.

Much of the state of Texas was subjected to rolling power blackouts on Wednesday as the state’s grid operator tried to cope with overloading circuits and spikes in demand amid the unusually cold temperatures.

Another layer of danger loomed, as coming in behind the storm was a blast of frigid air from Canada.

“As this cold air surges south, the temperatures are a real issue as well,” said Furgione of the weather service.

For example, Fargo, North Dakota was an icy -27 degrees Celsius at 4pm GMT, with wind that could cause frostbite on exposed skin in less than five minutes.

Flights grounded
FlightAware reported that airlines grounded more than 6 300 flights on Wednesday — 20% of US commercial flights — after cancelling nearly 7 000 on Tuesday and 800 on Monday.

Most of the airlines at Chicago’s O’Hare airport — one of the busiest in the world — stopped operating after the blizzard set in Tuesday afternoon. O’Hare managed just five arrivals and three departures Wednesday.

“The situation looks better for [Thursday],” FlightAware’s evening update said, noting only 447 flights cancelled, most of which are at O’Hare.

Illinois state police said much of the state’s highway system was snow-covered, with large stretches “impassable.”

In Missouri, where at least one woman was reported killed after losing control of her car, the state closed Interstate 70, a major highway, from one end of the state to the other.

America’s iconic groundhog Punxsutawney Phil ignored the epic storm and emerged from his burrow on Wednesday to predict that spring is right around the corner in the annual Groundhog Day tradition.

The weather-forecasting rodent failed to see his shadow upon emerging from his hibernation, which according to US legend, augurs an early arrival of mild springtime weather. — AFP