Stand up for kids who attend school hungry 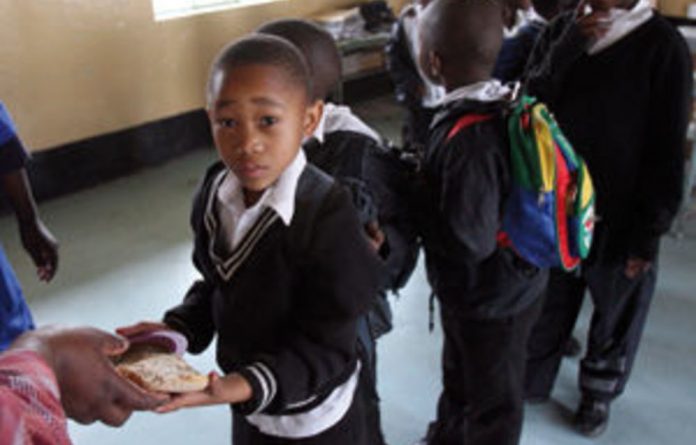 It is unconscionable that 1,6-million learners in the Eastern Cape have been denied their right to school nutrition and more than 100 000, many living in remote areas, prevented from accessing state-subsidised transport.

The power that some former model C schools continue to wield on admissions and the suspension of the Eastern Cape’s school nutrition programme and learner-transport schemes yet again point to the vulnerability of communities living in dire poverty.

A directive from Basic Education Minister Angie Motshekga has since reinstated the feeding scheme and learner-transport to certain categories of pupils in the Eastern Cape. Yet this does not address the root cause of the problem, particularly when we consider that the contracts of 4 252 temporary teachers have been terminated, whereas 5 000 people who are not working (supernumeraries) are receiving salaries from the same department.

Poor South Africans have placed their hope in education, yet our system is in crisis — it is deeply unequal and failing the majority of our children. The situation is compounded by an exclusionary, structural poverty that serves to marginalise poor communities further, preventing them from accessing their fundamental right to nutrition (3,3-million children are reported to be living in households affected by child-hunger).

Hunger and malnutrition deepen the social and economic divide in South Africa; children who are malnourished are at an immediate disadvantage to learners who are well nourished.

This was one of the driving reasons for the government’s introduction of the national school nutrition programme. And yet, before the minister’s directive, this programme was suspended in the Eastern Cape, having a devastating impact on learners dependent on school feeding and placing a further barrier to accessing their right to education. This is unacceptable in a country that is food secure and seriously compromises the constitutional right of access to basic education.

The state’s typical response to such education crises is to send in “experts” who are disconnected from the everyday realities faced by communities.

Yet, if we are serious about meaningful social development and sustainable change, what is needed is for communities to remobilise into popular movements, like that envisioned by the Public Participation in Education Network, and to hold the state accountable.

Change will come only if communities hold government to account. As a nation we should be hitting the streets alongside the most marginalised communities in solidarity against their continued oppression and denial of fundamental rights. In not speaking out — against, in this case, the unacceptable actions of the Eastern Cape provincial department — we, as a society, become complicit.

Perhaps we should take inspiration from our brothers and sisters to the north of our continent, who, after decades of misrule, have said “enough!” and have taken to the streets in their hundreds of thousands in popular protest, demanding meaningful participatory democracy, dignity and justice. What about the dignity of and justice for our children, who are forced to attend school on an empty stomach?

Heidi-Jane Esakov is coordinator in the Public Participation in Education Network, which under the auspices of the Education Rights Project recently published booklets on the rights of learners concerning both school nutrition and racism and discrimination