The urge to splurge 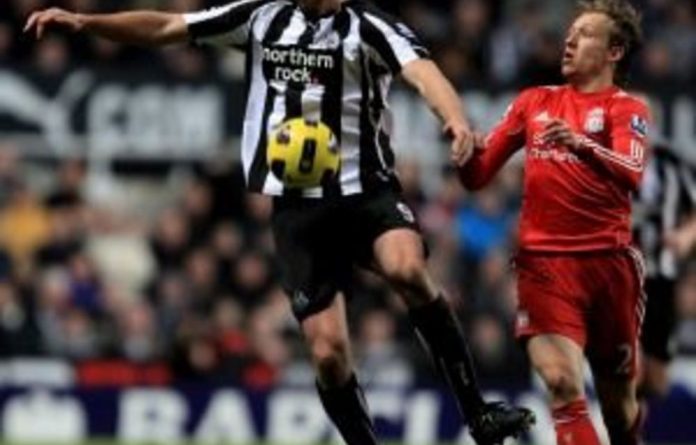 Seventy-two minutes into his England career Andrew Thomas Carroll is a £35-million striker who now walks the path of Ian Rush, Robbie Fowler, Michael Owen and Kenny Dalglish, who broke the British transfer record for him to soften the blow of losing Fernando Torres for £50-million to Chelsea. And they say January is the dullest month.

This outlandish episode shoots straight to No1 in the Premier League compendium of fantastical splurges. While Britain’s economy shrinks, football’s spending rages on. More than ever goal-scorers are the must-have gods, with Edin Dzeko (£27-million), Darren Bent (£18-million to £24-million) and Luis Suárez (£23-million) now joined by Torres and Carroll on the winter roundabout.

Spot the odd one out. In a recession these all are extravagant acts but only Carroll can be described as a punt. Anfield’s raid on Tyneside is a spectacular riposte to the loss of Torres to Roman Abramovich’s Chelsea, where crises tended to end with the manager being sacked before the oligarch rediscovered his bite in the transfer market.

Liverpool’s move for Carroll should be seen in the context of their earlier purchase of Suárez. For a few dollars more than they will receive for El Niño, Dalglish and the Fenway Sports Group have bought themselves a double and complimentary strike force. In the space of a week a faltering team has been fundamentally rebuilt at the cost of expelling an employee who wanted to leave way back in the summer.

The Kop will awake to a whole new age. January 31 2011 is bound for their transfer hall of fame. Suárez, Diego Forlan’s Uruguayan accomplice, and Carroll, a 22-year-old from Gateshead, are unlikely to strike up a swift verbal rapport, but a Uefa coaching badge is not required to see how they might function together, with Carroll frightening the lunch out of opposing centre-halves and Suarez applying more subtle virtues around the edges.

The mind-shrivelling size of the Carroll fee is misleading in the sense that Liverpool were suddenly cash rich and time poor. Rather than parading the Suárez acquisition as the start of a rebirth, they doubled the impact by buying Carroll. Thus they wiped Torres from their history. A great club in trouble can either creep towards salvation or elect to arrive there by shock and awe.

So much for Sabermetrics and the search for buried talent. Carroll is potential, certainly, but Moneyball was never about £35-million gambles. Born on the day of the epiphany, the new Duncan Ferguson will have to be John Toshack and Rush rolled into one for that sum to make sense but he has youth on his side as well as the admiration of some of the game’s best judges.

‘A fighter’
Fabio Capello, who has learned by now that few young England players arrive without a lively social history, has identified Carroll as a candidate for the Emile Heskey line-leading role (Heskey with goals, that is). Without irony he called the young Geordie “a fighter” and granted him his first full cap in the 2-1 home defeat to France. Scaring the opposition into submission presents itself as an alternative to out-passing the world elite. But for this to work Carroll will have to develop his work on the floor, where his dexterity, though good, is inevitably a support act to his extraordinary aerial power.

The altitude of Liverpool’s attacking play will rise more than when Peter Crouch wore the crest. Crouch is a tall man forced to head the ball, often against his will. Carroll’s forehead and youthful aggression are his primary weapons. For him attacking high balls is a compulsion: an act of subjugation. This classically British urge has drawn comparisons with Ferguson, Les Ferdinand and Alan Shearer — all fellow Newcastle centre-forwards.

But for a 22-year-old with a conviction for common assault and a history of training ground punch-ups to command a fee in excess of the £34-million paid by Barcelona to Valencia for David Villa is an astonishing affirmation of the Premier League’s capacity to employ spending as an alternative form of entertainment. The Torres-Carroll carry-on was easily the most dramatic since transfer windows were introduced. Dzeko, Suárez and Bent had already set the scene for this last-day largesse.

Pre-Torres, only six players had fetched more than Newcastle managed to extract from Liverpool for a forward who was in the Championship last season, and who has 11 Premier League goals this term. Cristiano Ronaldo’s £80-million from Manchester United to Real Madrid leads the way, followed by Zlatan Ibrahimovic (£56,5-million), Kaka (£56-million), Zinedine Zidane (£45-million), Luis Figo (£37-million) and Hernán Crespo (£35,5-million).

Carroll has no business being on this all-time aristocratic list but the politics of the Torres deal acted as a windfall for Newcastle. Pity that the northeast has tended to operate as a nursery ground for other regions.

Carroll’s loss is redolent of Paul Gascoigne’s flight from St James’ Park and the loss of Shearer until Kevin Keegan managed to bring him back. There is already a filmic quality to Carroll’s life.

The scene where his car is torched on the driveway of the club captain (Kevin Nolan) after an allegation of violence against a former girlfriend (no charges were laid) reads like Premier League bling fiction, a bit like that £35-million fee — a brick through the January window. —