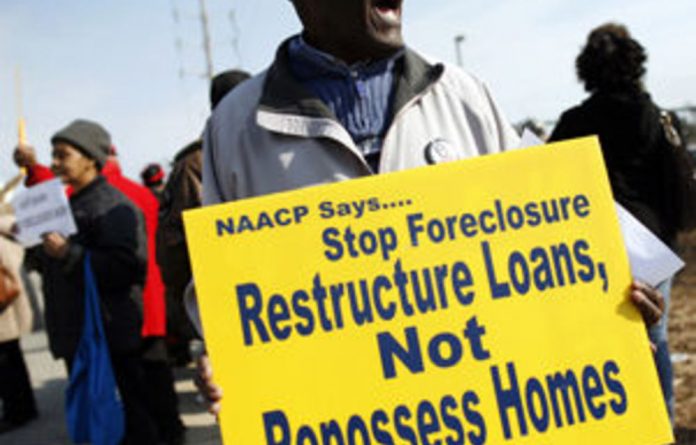 Wall Street bankers, regulators, government officials and even homeowners all share part of the blame for the 2008 financial crisis, according to a scathing official investigation into the meltdown published in the United States last week.

The 545-page Financial Crisis Inquiry Commission (FCIC) report reads like a financial thriller in which there are very few heroes. One chapter on the boom-and-bust fiasco is titled: “The Madness”.

It concludes that the crisis was avoidable and was caused by:

“As this report goes to print, there are 26-million Americans who are out of work … Nearly $11-trillion in household wealth has vanished … The collateral damage of this crisis has been real people and real communities. The impact of this crisis is likely to be felt for a generation,” the report says.

So far the 2008 financial crisis has led to few prosecutions. The authors interviewed more than 700 witnesses to compile the report and said they had referred potential violations to the appropriate authorities.

The collapse
Although the crisis was years in the making, it was the collapse of the housing bubble that triggered the 2008 collapse. Trillions of dollars in risky subprime mortgages had been embedded in the system.

When the housing bubble burst, the impact was magnified by complex financial derivatives based on those loans, whose risks had been woefully underestimated.

At the same time, financial services firms constituted an increasingly disproportionate part of the US economy — 27% of all corporate profit in the US compared with 15% in 1980.

The crisis itself was avoidable, a result of “human action and inaction, not of Mother Nature or computer models gone haywire”. And in a large part it was led by government mismanagement.

The Federal Reserve played a central role in enabling the crisis. It failed in its duty to set more prudent limits. Financial firms “made, bought and sold mortgage securities they never examined”. They invested blindly and did not care if the investments were defective. Compensation “too often rewarded the quick deal, the short-term gain” and “encouraged the big bet”, the report concludes.

Aggressive expansion left banks unable to manage their own assets and few escaped blame. For Citigroup, “too big to fail meant too big to manage”. Goldman Sachs multiplied the effects of the collapse of subprime loans by funding and creating billions of dollars of bets based on the back of the loans.

AIG’s senior management was ignorant of the terms and risks of the insurer’s $79-billion derivatives exposure. It was a “costly surprise” to Merrill Lynch’s top managers that their $55-billion investment in “super-safe” mortgage securities had resulted in billions of dollars in losses.

Top officials, including Alan Greenspan, the former Federal Reserve chairman, were also blamed. The FCIC said the drive towards deregulation in the past 30 years helped create the conditions for disaster. “What else could one expect on a highway where there were neither speed limits nor painted lines?” asks the report.

The FCIC panel failed to reach a majority agreement, with the major report signed off only by its Democrat members.

In a dissenting opinion Republican members questioned many of the report’s conclusions. “The commission used its extensive statutory investigative authority to seek only the facts that supported its initial assumptions, that the crisis was caused by ‘deregulation’ or lax regulation, greed and recklessness on Wall Street, predatory lending in the mortgage market, unregulated derivatives and a financial system addicted to excessive risk.” — Guardian News & Media 2011