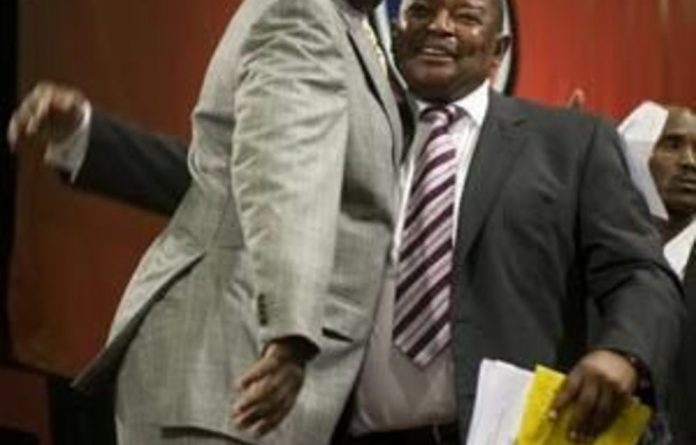 Parliament has been notified of the “expulsion” of Congress of the People (Cope) co-founder Mbhazima Shilowa from the party for alleged mismanagement of parliamentary funds, it said on Tuesday.

In a short statement issued late on Tuesday, Parliament acknowledged receipt of a letter from Cope informing it that Shilowa had been expelled from the party.

“Parliament is processing the letter,” it said.

The second Cope co-founder Mosiuoa Lekota announced on Tuesday that an internal disciplinary committee had found Shilowa guilty of wrongfully authorising the transfer of R5-million from the parliamentary allowance accounts to Cope party accounts, and of submitting the party’s financial statements to Parliament knowing that they contained “material misrepresentations”.

It also found him guilty of authorising a payment of over R2-million for purposes that were not legitimate or permissible.

Shilowa has consistently denied his guilt and refused to participate in the disciplinary hearings.

In a statement, Shilowa’s spokesperson Sipho Ngwema dismissed the expulsion announcement as “theatrical frolics” and the “publicity stunts of an attention-seeking, older-order politician”. He called on the public to ignore it.

“Cope calls on the public and media to ignore the dramatic antics and inconsequential pronouncements of its former president and leader of Parliament, Mosiuoa Lekota,” he said.

‘Sorting the confusion’
Ngwema said Lekota was no longer a member of the Cope committee authorised to take such decisions.

“Furthermore, the party is in the process of ‘sorting the confusion’ as directed by Parliament and the IEC [Independent Electoral Commission], therefore it should be appreciated that nothing will be of force or effect until that is done,” he said.

Shilowa and Lekota have been locked in a battle for leadership of the party for months. There is still no clarity on who is actually the party’s president.

Releasing the findings of the disciplinary hearing on Tuesday, Lekota-aligned spokesperson Phillip Dexter said: “The necessary administrative processes to give effect to this decision have been implemented and Parliament has been informed of this decision.”

In a statement, he described the decision to expel Shilowa as “an unfortunate outcome of a sorry series of events”.

Dexter said the disciplinary committee finalised its report at the weekend after a week spent processing the evidence presented in its hearing.

No split
In the report, the chair of the committee said: “As Mr Shilowa has not offered an account of what went wrong and why, the party would be entitled to conclude that it has lost all trust and confidence in Shilowa. I recommend that he be expelled from the party with immediate effect.”

Shilowa claimed the presidency of the party after a chaotic elective conference in Pretoria at the end of 2010.

Lekota claims the conference was abandoned after violent clashes between his supporters and those of Shilowa.

Since then, both have claimed to be the party’s legitimate president. Neither faction admits that there has been a split.

In his statement, Ngwema said Shilowa would attend Thursday’s official opening of Parliament in Cape Town.

“For the record, Shilowa, and all other Members of Parliament of the party will attend the opening of Parliament on Thursday evening without any hindrance or drama,” it said. — Sapa