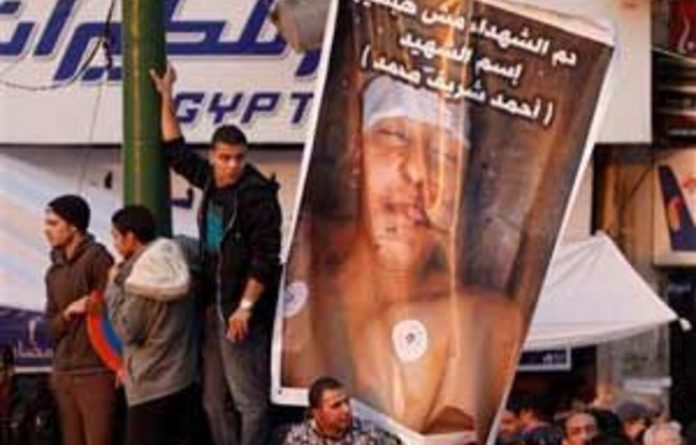 The United States on Tuesday set out four steps Cairo must take to end Egypt’s crisis, telling its ally to stop harassing protesters and immediately repeal an emergency law allowing detention without charge.

The Obama administration appears worried President Hosni Mubarak’s government will not make meaningful changes in the largest Arab nation, a strategic US partner due to its peace treaty with Israel and control of the Suez Canal.

Suleiman was quoted on Sunday as suggesting Egypt was not ready for democracy and a government statement said the emergency law would be lifted “according to the security conditions” — a phrase giving the authorities wide latitude.

As Egyptians staged one of their biggest anti-Mubarak protests yet, White House spokesperson Robert Gibbs described Suleiman’s comments about democracy as “unhelpful”.

Mubarak, under pressure from more than two weeks of unprecedented demonstrations, has said he will not seek re-election in September but has refused to resign.

After Biden spoke to Suleiman by telephone on Tuesday, the White House issued a statement listing four steps the United States wants Egypt to take:

‘Irreversible progress’
Biden stressed US support “for an orderly transition in Egypt that is prompt, meaningful, peaceful, and legitimate” and urged “immediate, irreversible progress that responds to the aspirations of the Egyptian people”, the statement said.

Even as Washington voiced its criticism, Defense Secretary Robert Gates praised Egypt’s military for its restraint.

The armed forces — long the backbone of Egypt’s government — have behaved in “an exemplary fashion” by standing largely on the sidelines during the uprising, he said.

“I would say that they have made a contribution to the evolution of democracy and what we’re seeing in Egypt,” Gates told a news conference.

The praise for the military, which gets about $1,3-billion in US aid every year, appeared designed to buttress US ties with a power broker whose role is expected to be key to whatever political order emerges in Egypt.

US officials do not believe the military was responsible for widespread violence against protesters last week, including men on horseback who rode into Cairo’s Tahrir Square brandishing whips, although the army failed to stop it.

The US decision to support the transition effort under Suleiman and to stop short of calling for Mubarak’s resignation has angered many demonstrators.

An influential group of US analysts said Washington risked condoning “an inadequate and possibly fraudulent transition”.

“The process that is unfolding now has many of the attributes of a smokescreen,” the Working Group on Egypt, which includes a number of prominent think tank analysts and rights activists, said in letters this week to President Barack Obama and Secretary of State Hillary Clinton. – Reuters