Cope as we know it ‘no longer exists’ 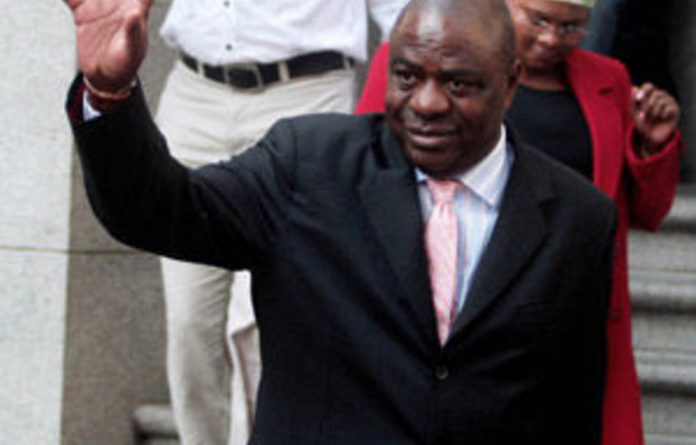 Congress of the People (Cope) founders Mbhazima Shilowa and Mosiuoa Lekota are entitled to attend President Jacob Zuma’s State of the Nation address on Thursday evening, regardless of who has won the battle for power in the party.

It is unclear however who will be recognised as the president, as the party has been split after Lekota expelled Shilowa earlier this week.

“I think Lekota in some ways has the advantage,” Dr Tinyiko Maluleke, executive director for research at the University of South Africa’s Centre for Policy Studies, told the Mail & Guardian this week.

“Precedent dictates that he is the person that Parliament last heard was president of Cope. They are therefore likely to recognise Lekota until they receive new evidence.

“I doubt if Shilowa can be accepted on the same terms. It’s possible for both of them to be there, but only one of them will be recognised as the president of Cope.”

Meanwhile, Parliament had not recognised Shilowa’s expulsion because there had been “no conclusive resolution”, said Max Sisulu, Speaker of the National Assembly, on Wednesday.

Maluleke said there wasn’t much to read into the expulsion “because anyone of the two can fire the other at this moment”.

Shilowa was fired after an internal disciplinary hearing which he did not attend. He was found guilty of mismanaging parliamentary funds.

Cope Conference
“I suppose only a court of law can determine whether Shilowa has done wrong. I don’t think Lekota can be trusted in this matter,” said Maluleke.

On Tuesday, an M&G reader with the alias “Cope Conference” posted a comment signed by Shilowa in response to an article about his expulsion.

The comment, which is addressed to the chairperson of the disciplinary hearing, provides reasons why Shilowa did not attend. “I still do not accept that the hearing was properly convened and cannot submit to it. I instructed my attorneys to inform you that my absence was not intended to convey or demonstrate any disrespect towards you … Certain documents have come into my possession, which I believe vindicates my attorneys’ submissions that the disciplinary process against me was not properly authorised,” read the comment.

Bitter war
When the M&G called Cope spokesperson Sipho Ngwema about the comments he said. “I am aware that there’s someone on Facebook by the name of ‘Cope Conference’.”

“Yes the statement signed by Shilowa was written by him, but it was not posted by him on your site. I do not know who Cope Conference is.”

“But there are a lot of non-partisan Cope sympathisers who want unity above anything else. Those will be most frustrated.”

For Maluleke, the solution to the battle for Cope is for each faction to cut their losses and go its own way. “I don’t see how Lekota and Shilowa can ever rule a party together again.

“Perhaps they can adopt the MDC [Movement for Democratic Change, in Zimbabwe]-type split and approach Parliament for a deal. [Or] the two can step aside and find someone who can unify the party.

“As long as one of the factions thinks they can elbow out the other, they are mistaken,” he said.