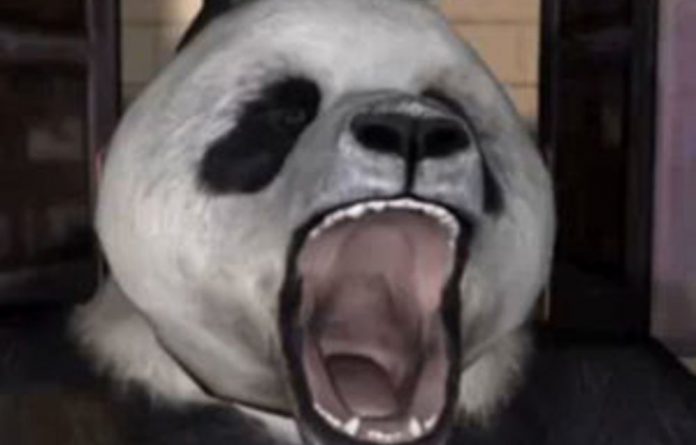 It could have been anyone really: a car crash, an affair and a golf club. But when this particular story broke at the end of November 2009, it was Tiger Woods who marked the start of an unlikely new medium for celebrity news: computer animation.

As the story gained traction, 24-hour news channels across the world filled our screens with stock footage of Woods on a golf course, his wife Elin Nordegren in happier times and aerial shots of the road outside their house.

Then a crazy slice of animation exploded across the internet, one of those “you’ve got to see this!” “OMG” memes that fill inboxes and Facebook walls. Here was Woods (or rather, a blocky computer-generated approximation of him) at home with Nordegren.

They’re arguing. She wacks him in the face. He bursts out of their house, drives off in the family SUV; she chases after him and as he looks back at her brandishing a golf club (what else?), the car ploughs into a fire hydrant. Is this how he crashed? Who knows? What matters is that there was suddenly some exciting footage to feed into the news cycle.

Welcome to the weird world of Next Media Animation (NMA), where they never let a little thing like a lack of video get in the way of showing the gory details of a celebrity story. No paparazzi on the scene? No problem: make it up!

Since the Woods story, the Taiwanese animation studio has built an international cult following with a string of increasingly surreal viral hits involving cartoon versions of everyone from Wayne Rooney to Sarah Palin and Julian Assange, all pinging across the internet just a few hours after a story breaks. As the subtitle to a recent greatest-hits compilation to mark its “one year Tiger-versary” put it: “Over the past year, NMA has brought the world so many LOLs.”

If some of those “LOLs” have passed you by, you have missed the chance to see Rooney playing keepy-uppy in a hotel room in his England kit while two scantily clad women do Suduko puzzles on the bed. Or Palin machine-gunning bears from a helicopter as her family lounge around the living room in tracksuits. Did you wonder why Ricky Gervais disappeared for an hour during the Golden Globes? According to the NMA version, he was getting bashed around by the Hollywood establishment unamused by his jokes.

Repeating the actions
You might remember Gordon Brown on TV news insisting that, of course, he’s never hit anyone. In the NMA animated version, you also get to see Brown decking an aide and punching the back of the car seat so hard that his driver goes flying (the words “fucking ego” float across the screen). The story about the undercover police officers infiltrating environmental protest groups? Here they are, in bed.

NMA has even found a way to represent the shady actions of whole countries. When the WikiLeaks story broke about the United States spying on United Nations diplomats, there was Uncle Sam in a top hat and stars-and-stripes outfit, like a deranged Colonel Sanders, sneaking around the UN loos in search of DNA samples, before getting into a punch-up with Assange.

Meanwhile, the Nobel Peace Prize announcement had China (an angry panda in a Red Army cap waving a baseball bat around) chasing after its dissidents and bullying other countries. All the videos are in Mandarin, with English and Chinese subtitles, and are wrapped up with a cheery signoff from cartoon NMA News anchor girls Vanessa and Jen-Jen. It’s as if The Sims have come alive and started up their own international news station.

Just as interesting as the outlandish content is the ferocious speed with which the company produces it all. This instant-noodle Pixar is even more impressive when you learn that the clips of Obama, Rooney and Assange are “just a fraction” of the company’s daily output.

Michael Logan, NMA’s business and content development manager, explains: “Next Media Animation has 300 animators. We produce close to three hours of finished content per week. We have 14 production slots each day and within each production slot we can do four stories, so that’s 50-odd stories, and most of that production is for our own media outlets in Hong Kong and Taiwan.”

It is an ambitious offshoot of the Next Media organisation, a pan-Asian company started in Hong Kong by entrepreneur Jimmy Lai. In Asia, the Next clips depict anything from serial killers to tawdry murder cases, but it is the use of Western politicians and celebrities that has resulted in its video game-like cartoons appearing everywhere from BBC’s Newsnight to CNN.

“Because it’s news, obviously we have to turn it around within the news cycle. So, when a piece goes into production, within about three hours, we have finished animation that’s ready to use. We’re constantly refining the process to get it faster and faster. It’s sort of like an editorial cartoon that you might see on the opinion page [of a newspaper], but since it’s animation it’s like having a dozen — two dozen — editorial cartoons all within 90 seconds.

“Typically, when you do animation you make the three-dimensional model first before you begin to animate. Making the models takes weeks and weeks. Because we have a vast database of models already made, we can just go into the library, grab the models we need, adjust them to get them to look the way we want, and then proceed to animation. That’s the reason we can do it in three hours as opposed to three weeks or three months.”

NMA uses body motion capture animation technology similar to that used in films such as Avatar or Spider-Man, with actors playing versions of incidents where no footage exists. Information from nodes connected to the actor’s suit is then fed into the computer animators and used to drive the avatar characters in the short clips.

“We custom-made our Obama model and that took three weeks to do. Sarah Palin, we haven’t got round to making a custom model for her,” says Logan. “At the moment, we have something that sort of resembles her. Every time she appears, she has a machine gun, that’s sort of the prop that identifies her. You can do that with certain politicians. David Miliband [the former British foreign minister] is famous for making some gaffe with a banana, so we’d depict him with a banana. Ed Miliband, we might give him a red cape — Red Ed.”

Another story the studio jumped on was the reports of early iPhone 4 users complaining about dropped calls when holding the phone in a certain way. NMA’s version had Steve Jobs as Darth Vader solving the problem by cutting off fingers with his light sabre.

“His reality distortion field is so strong, he would view the last two fingers on your hand as the design flaw and not the iPhone 4. His way of fixing it is to chop off the fingers rather than fixing the phone,” Logan says, deadpan.

Even if the rich, famous and powerful avoid film crews and paparazzi, they can’t stop the world visualising the truth behind the stories about them. “We try to choose things for which there is no original video and you can use animation to bring out the visual images,” says Logan.

“The WikiLeaks cables say Moammar Gadaffi hangs around with a Ukranian nurse. We can show that through animation. As far as we’re aware, there’s no footage of it.”

As Vanessa and Jen-Jen warn cheerfully, at the end of their “Tiger-versary” compilation: “So, watch out, guys. Wherever you are in the world. If you’re famous enough and behave badly enough, you might end up in one of our pieces. Don’t make us animate you!” — Guardian News & Media 2011

Artist Dada Khanyisa on responding to the opportunities that their practice offers them, by all means necessary
Read more
Friday

So much to give

South Korean animator Choi Jong-Il knew he had a hit on his hands when Pororo the penguin hopped on to TV screens back in 2003.
Read more
Advertising