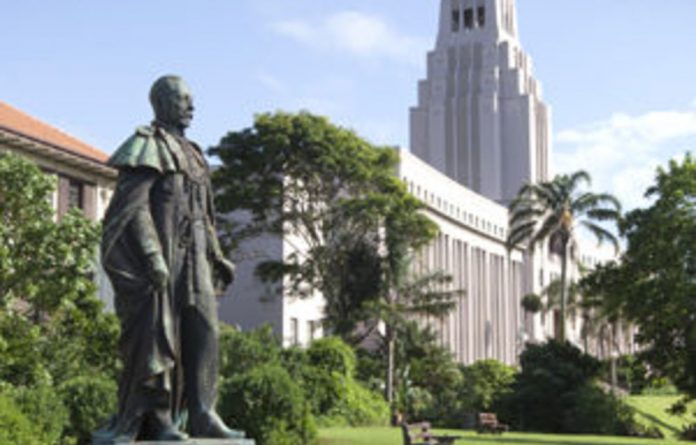 It is not only an authoritarian “culture of hostility” that the University of KwaZulu-Natal (UKZN) should be worrying about, the university must also face up to extraordinary declines in student numbers and a financial deficit that refuses to go away.

Problems with UKZN’s mission to be “the premier university of African scholarship”, the effects of staff disaffection on student morale and inequitable student-support services, such as transport, across the university’s widely spread campuses are also high on the list of UKZN’s woes.

These are all spelled out in the controversially suppressed and still unpublished Council on Higher Education (CHE) audit of UKZN conducted more than two years ago, some who are familiar with the report have told the Mail & Guardian.

The M&G today publishes in full that report’s precursor, the entire text of the oral feedback the CHE audit panel gave to the UKZN campus on October 24 2008: UKZN Oral Feedback Report.

In spite of being filmed when it was given by audit chairperson Martin Hall, and distributed by live video feed across all of UKZN’s campuses, a transcript has not been published until now.

It reveals that an audit panel reviewing the university found fundamental problems extending well beyond the extensively reported perception of a disciplinarian management regime. But it also found substantial grounds on which to commend UKZN since its formation in 2004 from the tempestuous merger of the universities of Natal and Durban-Westville.

‘General tone’
Last month the M&G revealed that vice-chancellor Malegapuru Makgoba complained to the CHE in June 2009 about the report’s “bias” and “general tone” (“Controversial UKZN audit under wraps“, January 14). Makgoba’s intervention led — by stages that neither he nor the CHE have yet fully explained — to the council’s decision in December last year not to issue the full report.

This makes UKZN the only one of 21 universities the CHE has audited since 2004 to suffer this fate. What the suppressed report says is clearly outlined in the text of the oral feedback because this standard component of all CHE audits “provides … an overview of how the final report will shape up”, wrote Martin Hall, the chairperson of the eight-member audit panel, in the M&G last month (“Varsity’s voices of dissent gagged“, January 14).

The “considerable achievements of the university are tempered by two primary concerns”, the full text says. First, “the university’s financial deficit may undermine the ability to provide necessary resources to enable the continuing processes of growth and transformation”.

Second, “the prevalent culture of hostility affects academics and the institutional leadership and also undermines students’ experience of university life and the quality of education provision”.

The oral feedback refers to declines in student enrolment but does not quantify these or the financial deficit. But education department figures show there has been a precipitous decline in students since 2004’s enrolment of more than 45 000, this in spite of a net increase of 12,5% in enrolments across all universities from 2004 to 2009.

These figures also show that only one of the country’s other 22 universities has suffered any comparable loss of students — Tshwane University of Technology, down in 2008 to about 52 000 from its 2004 post-merger high of nearly 64 000. Among the “big five” universities, which lead in research and other academic indicators, and among which Makgoba has often claimed UKZN has its rightful place, the student decline at his university is unique: Wits, Cape Town, Stellenbosch and Pretoria have all shown a rise in enrolment since 2004, ranging between 12% and 20%, compared with UKZN’s 14% drop in the same period.

UKZN’s loss
Among KwaZulu-Natal universities, UKZN’s loss of students is exceptional. The University of Zululand and Durban University of Technology showed marked gains in the same period — up by 27% and 10% respectively. Mangosuthu University, racked for years by corruption so severe that the education minister invoked legislation to dissolve its management structures and appoint an independent administrator in 2007, showed no decline in enrolment.

On UKZN’s finances, the university’s 2008 annual report said its “net deficit situation … is receiving the close and ongoing attention of management and the finance committee”. The deficit was R270,8-million, or 12% of total assets, the report said.

The 2009 annual report recorded a deficit of R293,5-million (11,5%) and said “the matter continues to receive the close and ongoing attention of management and the finance committee”. The university received a qualified audit opinion in that year regarding “property, plant and equipment”. The university’s prioritising of African scholarship receives warm praise from the CHE audit panel, which was “impressed by examples of the integration of the idea of African scholarship across teaching, research and community engagement”.

But the panel could not “find any specific blueprint to define the concept of African scholarship”, the oral feedback said. And UKZN must “allow for research and scholarship to take place outside this framework as a way of encouraging the epistemological diversity required in a university”.

The university is “justifiably proud of its sharp increase” in publications, which is the result of “a carefully planned strategy”, the feedback says. But it also cautions that, “to become an internationally competitive institution … it needs to consider the international impact of its research activities as a strategic goal”. On this, the feedback notes that “the visibility of UKZN research in most fields is below international average” and the CHE panel urges the university to “encourage researchers to develop an international profile” without losing sight of its institutional focus on “contributing to scholarship in the African continent”.

No response
The M&G invited Makgoba’s comments on all these points in the oral feedback, quoting specific passages from the transcript. Makgoba said he was “unable to respond to the contents of a confidential full text of the oral feedback that is not in our possession”. The M&G then supplied him with the full text. He replied: “I have deleted the attachment you sent without opening it. It is inappropriate, unethical and criminal for me to have and to engage with information or documents obtained illegally.”

“The full text of such an oral feedback that took place 27,5 months ago is clearly irrelevant today in the life of the university. I say this because UKZN has attained excellence and is widely recognised as one of the leading research universities in South Africa and globally.

“The CHE made a final ruling and brought closure to this matter on December 3 2010. UKZN abides by this ruling. I did not make comments on October 24 2008 and for the reasons stated above, I certainly have no comments to make in February 2011 in this regard.”

#LifeEsidimeni: Motsoaledi and Makhura could be forced to pay up from their pockets

Those who oversaw the removal of mental health patients could face the full wrath of the law as could those standing by as KZN's cancer care fails.
Read more
Education

The University of KwaZulu-Natal issued the suspension notices over their racism and misconduct claims of which the vice-chancellor was cleared.
Read more
National

The Independent Media boss cites "jobs for pals" and lack of change in his resignation letter from various University of Cape Town bodies.
Read more
Education

UKZN takes a chance on Albert

The new vice-chancellor has experience and insight, but his appointment has raised eyebrow.
Read more
Advertising
Continue to the category
Politics