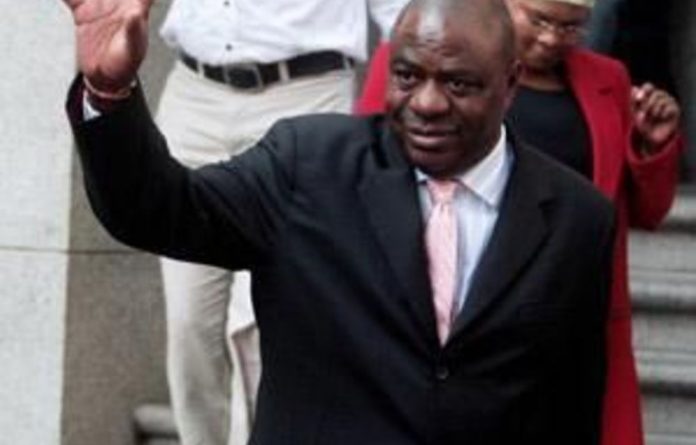 Cope’s co-founder Mbhazima Shilowa has been barred from Parliament after the South Gauteng High Court granted an interim order to a rival faction, Shilowa’s spokesperson said on Friday.

“The order doesn’t say he cannot be an MP, it just says he must not go to Parliament.”

Shilowa received a 250-page court document at midnight on Thursday relating to an application made by his rival Mosiuoa Lekota.

The delivery of the court documents came just hours after President Jacob Zuma’s State of the Nation address in Parliament where the two co-founders sat next to one another.

“He [Shilowa] was supposed to respond by 10am but he only briefed his counsel this morning and then the court gave the order,” said Ngwema.

Shilowa intends challenging the order as soon as possible.

The order interdicted Shilowa from misrepresenting himself and ordered him not to interfere with the applicant’s bankers.

He was also prohibited from preventing the applicant or his office bearers from carrying out their business at Cope’s Johannesburg offices.

Shilowa had to pay the costs of the application.

Lekota’s spokesperson, Phillip Dexter, added that the court had recognised Shilowa’s expulsion from the party.

He said Shilowa was no longer entitled to his seat as an MP and that the leadership would now deliberate on filling it.

There was a possibility that Shilowa would face criminal charges of money laundering and fraud relating to the misuse of Cope’s money. The Hawks were investigating, Dexter said.

The ANC-breakaway party has been plagued by a power struggle between Lekota and Shilowa for some time.

According to the Lekota faction, Cope’s chaotic elective conference in December was abandoned due to violence and disruptions. The Shilowa camp however claimed the conference held a legitimate election and a new leadership had been appointed. – Sapa