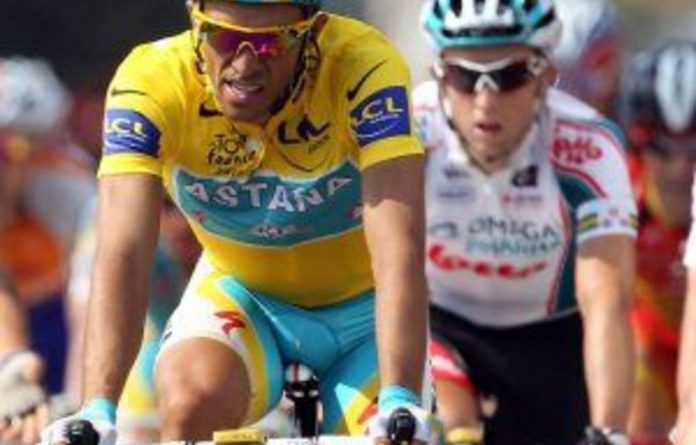 Tour de France champion Alberto Contador believes “irreparable” damage has been done to his reputation despite being cleared of doping by the Spanish Cycling Federation (RFEC), which ruled on Tuesday that he was not at fault for a positive test that he attributed to contaminated meat.

“The truth is today, it’s a good day,” Contador said in an interview on Veo7 television broadcast late on Tuesday. “It’s been an incredible number of weeks and months that I wouldn’t wish on absolutely anybody — you’d have to have lived these past months to know how it feels.

“The truth is the damage done to your image is irreparable, with all the stupidities that are said about you.”

Contador’s joy was restrained during the interview, knowing the International Cycling Union (UCI) or World Anti-Doping Agency (WADA) can still appeal the decision to the Court of Arbitration for Sport (CAS). Both bodies said they would wait to receive the full dossier before deciding on an appeal process. The UCI has 30 days to appeal while WADA has another 21 days after that to take the case to CAS.

‘You have to fight’
Contador, who believes the decision will “probably” be appealed, stopped short of confirming he will try for a fourth Tour de France title this year due to the possible appeals process. But he confirmed he will go for a second Giro d’Italia title.

“For the moment I’m planning the season up until the Giro and then after the Giro I’ll see what the next objectives are, depending with what happens in the coming months,” said Contador, who won the 2008 edition of the Italian classic.

Any appeals process is expected to drag on until at least June. The Tour de France begins July 2.

Contador preferred to risk a two-year suspension than accept the original one-year ban proposed by the disciplinary committee in his doping case last month. Contador registered a minute trace of clenbuterol, which is listed as a zero-tolerance drug by the WADA, from a test taken on a rest day at last year’s Tour.

Contador, who is cleared to race pending any appeal rulings from CAS, was already travelling to Portugal on Tuesday night to race for new team Saxo Bank-Sunguard in the Tour of the Algarve from Wednesday.

“We’ve been training but I’m not in the same shape as other years,” Contador said.

“The fault is with the institutions that haven’t served their purpose and who haven’t been able to review a case like this,” the 28-year-old Spaniard said. “It’s been six months of sleepless nights, pulling your hair out — there are times when I cried.”

Contador said his defence team was preparing for any further appeals after he successfully presented further evidence based along UCI and WADA anti-doping rules that allow the “elimination” of a sanction if the athlete can demonstrate “no fault or negligence” on their part.

“We evaluated all of the information, including previous CAS decisions and judgements made by other national federations, as much as the allegations brought forward by the cyclist himself,” Uruburu said.

Contador put the burst of support down to “justice, not patriotism”. He also credited an interview on the same TV channel last week as helping to turn the tide in his favour.

No more meat
The committee strongly rejected “the many statements made by various arms of public life within this country” over the Contador case, calling “the views of certain media outlets and politicians is simply unacceptable and false”.

“This decision is indeed proof that the relevant authorities do not find grounds for believing that Alberto Contador has committed any intentional doping offence,” Riis said. “We take note of this decision and fully respect it, but we’re also sensitive to the fact, that the parties of this case still have the right to appeal this decision.”

Contador avoided becoming only the second cyclist to lose his Tour title after Floyd Landis, who was stripped of his 2006 Tour victory after a positive test.

His case highlights a growing concern that clenbuterol can be consumed unwittingly by eating meat from animals who were fed the drug, which helps burn fat and build muscle.

In a separate case, the WADA opted not to appeal to the CAS after the German table tennis federation decided not to ban Dimitrij Ovtcharov, who tested positive for a minute trace of clenbuterol from meat eaten in China.

A study released on Tuesday by the doping laboratory which discovered clenbuterol in Contador’s sample showed that humans can inadvertently ingest the drug from eating meat.

Contador — one of only five cyclists to win the Tour, Giro and Spanish Vuelta — also won Tour titles in 2007 and 2009. He was unable to defend his first title in 2008 after his Astana team was banned for doping.

“One thing is clear — I am not going to ingest any more meat,” Contador said, culminating the interview. — Sapa-AP