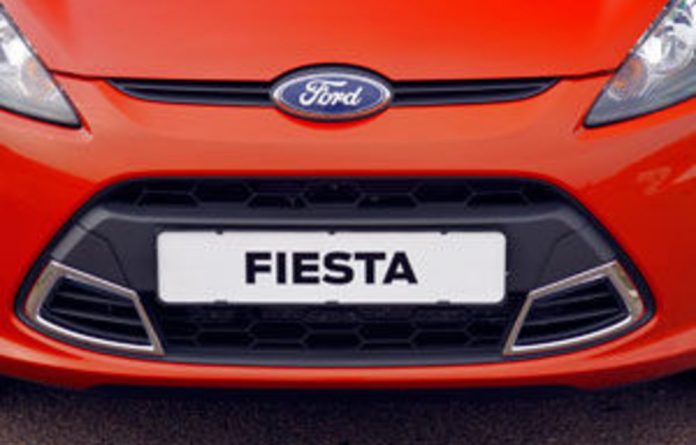 The tweaked, automatic gearbox-ed, new arrival still comes in times of economic uncertainty for the United States car industry. Admittedly Ford never partook in the $17,4-billion government bridging finance two years ago and certainly isn’t as badly off as General Motors and Chrysler today, but still, it would be fibbing if it didn’t admit that a lot rides on its Fiesta, as always.

In terms of styling, you’ve got to say the Ford still has it. To bring it in line with its evolving design language, it sports curvaceous front lines, sharper wraparound headlights and a larger front air dam. Small cars that celebrate their littleness seem a thing of the past and these days the Fiesta is not a small car, nor is it made to look small.

This one really looks a car for any continent. Ironically, the only people I can’t see snapping them up are the Americans, despite the best efforts of Ken Block and other marketing machines to make small cars cool over there.

Understatement
To say I was impressed with the updated Fiesta is quite an understatement. My 1,6-litre “Trend” specification vehicle comes with electric windows, a six-speaker MP3 radio with voice control, dual airbags, trip computer, central locking and 15-inch alloys. Everything from the door handle to the indicator stalks is thick, substantial stuff. This is in line with the Fiesta’s looks, but also allays any worry about the Ford’s robustness. Quality, at first touch anyway, feels hugely improved over the two-year-old model it replaces.

Based on this, you’re better off buying a “Trend” like I have, or an even higher specification “Sport” Fiesta to ensure lasting quality. The 1,6-litre TiVCT petrol engine makes an admirable 88kW and can be optioned for the first time with Ford’s six-speed automatic gearbox — which I don’t much care for over a normal manual, but it’s hardly the worst automatic out there.

The whole car feels substantial and grown and that’s thanks to the increased use of high strength boron steel through 55% of the body in key strategic areas. This ensures reduced wind noise and harshness, but importantly it enables superb rigidity, safety, substance and great driving characteristics.

That rigidity is felt through the Fiesta’s focused steering and its plentiful grip. In some ways, as a performance motorist, it pains me to say this but this Fiesta drives better than many of the cars coveted by petrolheads. Ford said at the launch the thing it wanted to achieve first with the Fiesta was to make it an enjoyable drive — this included much work on the power-assisted steering, to keep it responsive with plenty of feel, and it has paid off.

The Fiesta seems to have captured something very rare in a small car — desirability.