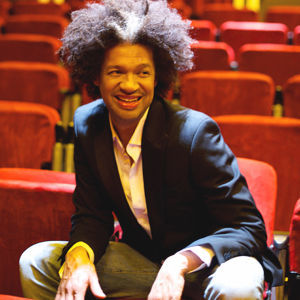 Winner of this year’s inaugural Comics Choice Breakthrough Act award, Rob van Vuuren will be experimenting with some of the material he has been working on recently as he sets out to ‘build’ his as yet un-named one man show to be launched nationally later this year. Unplugged and Unhinged, will also incorporate new material. He is highly regarded by theatre audiences for his exceptional physical theatre performances in the tradition of Andrew Buckland, and known to the broader public as Twakkie from the cult comedy duo Corne and Twakkie, and as co-host of television shows Crazy Games and SA’s Got Talent. Van Vuuren has of recent extended and developed his repertoire as a stand-up comedian. Until February 26 at the Kalk Bay Theatre, 52 Main Road, Kalk Bay. Book at: Tel: 073 220 5430. Website: www.kbt.co.za

Marc Lottering – Not In 3D
After his successful run earlier this year, Marc Lottering returns with another season of his latest stand-up comedy show Marc Lottering – Not In 3D. He is back with his beloved characters, his alter ego, Auntie Merle from Belgravia Road in Athlone and Smiley the taxi gaatjie. In the show he shares his unique perspective on a broad range of topics and issues among the sketches: how to prevent other people from using their cellphones whilst at the movies, and he provides insight on how to make love to foreigners (possibly inspired last year’s FIFA World Cup invasion). Until February 26 at the Main Theatre, Baxter Theatre Centre, Rondebosch. Book at Computicket. Tel: 021 685 7880. Website: www.baxter.co.za

Skews Me
Dylan Skews is described as “Cape Town’s next comedian”. In 2009 he won the Nandos Comedy Showdown and in 2010 the title in Phat Joe’s comedy show. His eponymously punned Skews Me is his debut one-man show, threading jokes with impersonations and performed sketches. His style is laid back, yet edgy. Skews show is described as avoiding “the tired anti consumerist cum counter cultural noise most aspiring acts allow their punch lines to get eclipsed by”. The new kid on the block is wasting no time getting to grips with the underground comedy circuit. Go and see how he measures up. Until February 26 at On Broadway, 44 Long Street, Cape Town. Tel: 021 424 1194. Website: www.onbroadway.co.za

Butlers and Bridesmaids
Justin Wilkinson’s murder-mystery comedy enters its third instalment of the series with Butlers and Bridesmaids. The butler once again acts as the host in a show where the audience decides at certain points during the performance what should happen next. Set against the backdrop of an impending wedding, the question is, just how well does the groom really know the family he’s marrying into. From February 23 to 26 at the Arena Theatre, Artscape Theatre Centre, Foreshore. Tel: 021 421 7695. Website: www.artscape.co.za