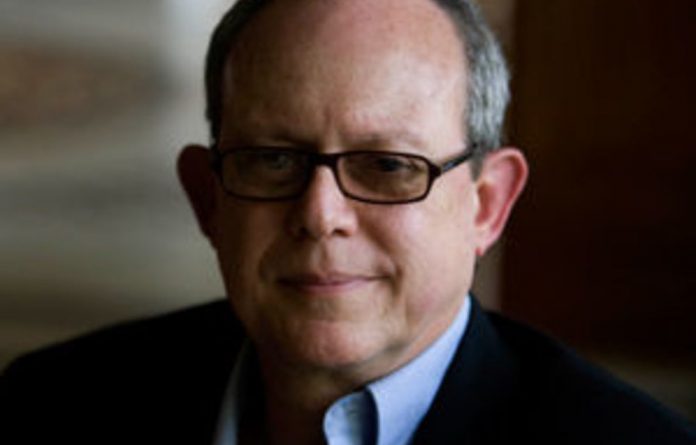 LaRue was in Johannesburg for a consultative conference at the Sunnyside Park Hotel organised by civil society and academic institutions about freedom of expression and the internet. Decriminalising the use of the internet without exception and universal access to the web were the two biggest issues that emerged, he told the Mail & Guardian on Wednesday.

LaRue and UN team have just completed another consultation in Cairo, Egypt, ahead of the political upheaval that saw president Hosni Mubarak leave office. After South Africa, LaRue and his team are due to continue their consultation in India and Sweden. He said their findings are that “without freedom of expression, there can be no democracy and without the internet there can be no development”.

The conference took place as parliamentary authorities condemned as “illegal” a silent protest inside Parliament in Cape Town by Right2Know campaigners against the Protection of Information Bill on Tuesday. Attending a session of the ad hoc parliamentary committee processing the Bill, the protesters donned masks with the face of Minister of State Security Siyabonga Cwele.

The Right2Know (R2K) Campaign is a nation-wide coalition of people and organisations opposed to the Bill.

Parliament’s issued a statement claiming that the protesters were “extremely disrespectful to the institution of Parliament” and that it “undermined public representatives and the ethos of a peoples’ Parliament which welcomes public participation in its work. By law, demonstrations at Parliament are prohibited, unless permission for such demonstrations has been granted.”

Parliament vowed to ensure that “the full might of the law is applied to protect the institution and its members”.

While LaRue could not officially comment on the South African freedom of expression situation, Protection of Information Bill and proposal for a media appeals tribunal — because his visit was not an official UN “inquiry” — he was emphatic that there should be nothing illegal about R2K’s protest.

He compared the reaction to the “shoot the messenger syndrome”, as had been the the case with WikiLeaks’s Julian Assange. He said WikiLeaks was a “media organisation”, and the media had a right to publish, broadcast and disseminate information through the internet.

“What public officials have to understand is that the media’s responsibility lies only in protecting its sources, and lives of innocent people who may be in danger from their leaks. WikiLeaks’ information is mostly just embarrassing stuff but not relevant to national security.”

The consultative conference heard that poor communities would benefit from access to the web and while the elite mainly had access at the moment, this appeared to be changing. LaRue. pointed to the example of Tunisia — a developing country — where the web and social media had been used to organise protests.

He said that another developing country, Uruguay, had launched a project to provide all primary school children with internet access. Today, he said, 98% of the children have laptops to take home and “this will mean that this country will soon have the highest level of education”.

Are governments scared of all people having access to the internet and therefore information? Yes, LaRue said, but pointed out that public officials have to understand that they are accountable to civil society. Everything that a government does, LaRue said, from the management of public funds or goods to the policy-making process are of a public nature. “People have the right to know about everything that is done in their name and with their money.”

It was in the name of the free flow of information that the demonstration took place in Parliament this week, according to Right2Know campaigners. In reaction to the statement sent out by Parliament, R2K national coordinator Murray Hunter told the M&G that the demonstration had been far from undignified: “We were peaceful. There were only 10 of us. We sat down in the corner of the room. We did not disrupt anything. We just wore masks and we had two placards which read: “Cwele Minister of Secrets.”

R2K spokesperson Mark Weinberg added: “MPs should be investigating the anti-democratic provisions of the Secrecy Bill, not ordinary South Africans committed to our democracy … It may well be time for Parliament to reject the Bill in its current form and open up a process for thoroughgoing and public consultation.

“Any law or parliamentary rule that bans peaceful and non-disruptive expression should be challenged in court. The campaign is willing to launch a defence of our right to such protest if Parliament thinks that pursuing this matter is a good use of public funds.”