We are our own liberators 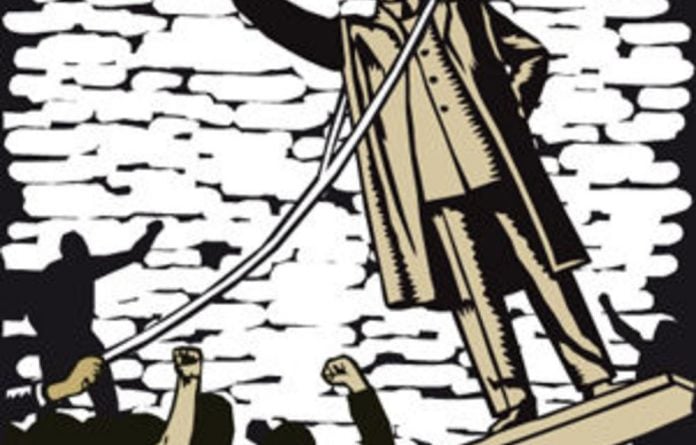 Zimbabwe is neither Tunisia nor Egypt. Far from it! In fact, Zimbabwe’s political predicament is far worse than that of these two North African countries before their recent revolutions.

But events in the two countries have certainly planted ideas in Zimbabweans’ minds that may influence the country’s future in a significant way.

Comparisons can be odious but this is an exercise worth doing in this instance. Until Tunisia’s Jasmine Revolution and Egypt’s Nile Revolution, both were considered passive and docile societies. Zimbabweans are equally perceived as apathetic and docile for having tolerated Robert Mugabe’s repressive regime for so long. Their fear of Mugabe’s army, police, intelligence agents and youth militia has kept in check any desire to demand freedom through revolutionary means.

Similarly, for decades Egyptians and Tunisians lived under the paralysing fear of their leaders’ repressive apparatus – but they finally overcame the fear and liberated themselves.

Like Egypt and Tunisia, Zimbabwe has a technologically savvy young and educated population, yet South Africa, Britain and other countries have provided a safety valve and cushion for them. The rural populace has, mostly through coercion, continued to provide pivotal support for Mugabe’s Zanu-PF, thereby thwarting any efforts to create the critical mass needed for a people-power uprising.

Social media, particularly Facebook and Twitter, played a central role in the Tunisian and Egyptian revolutions. Unfortunately the internet is creaky in Zimbabwe and mobile-telephone operators’ offerings lag behind the rest of the world – while also being susceptible to political arm-twisting. Current legislation renders internet service providers and mobile operators powerless against Zanu-PF bullying.

‘Degree in violence’
As in Tunisia and Egypt, many Zimbabweans consume satellite television and watch the same cable networks, such as al-Jazeera, that played a pivotal role in the success of the North African revolutions. Yet Zimbabwe’s pliant, state-controlled broadcaster must surely enjoy wider audiences by dint of affordability more than anything else. State-controlled newspapers spew government propaganda and outright lies, further bolstering Mugabe.

Perhaps the biggest difference between Egypt’s Hosni Mubarak and Tunisia’s Zine al-Abidine Ben Ali, on the one hand, and Mugabe, on the other, is that Mugabe has an impressive record of using state violence against defenceless citizens. This is something he openly boasts about, claiming, for instance, that he has a “degree in violence”.

There is a belief about Mugabe that political power came through the barrel of the gun, and Zanu-PF was singularly responsible for this, so it will not hesitate to defend it with the gun. But Zanu-PF’s political power has seen people’s freedoms diminish, putting it in direct conflict with the people’s will.

The military, police and intelligence services in Zimbabwe long ago lost their professionalism; they see their brief as that of defending Mugabe and Zanu-PF. They have not hesitated to act against the people in quelling civil unrest or in advancing Mugabe’s political agenda during elections. There is a strong sense they would side with Mugabe were the people to revolt. It can be argued, though, that the foot soldiers may resist orders from on high to shoot, if push comes to shove.

The problem with repression is that dictators need more and not less of it to stay in power. And more repression begets anger and resentment, which require more doses of repression, which in turn create the conditions for an uprising as happened in Tunisia and Egypt. In Zimbabwe this vicious cycle can only be broken by the people taking matters into their own hands.

The North African revolutions have potent lessons for Zimbabwe. Key among these is the fact that no amount of repression can kill the people’s desire to free themselves from dictatorship. The time will come when the masses cast away their fear and claim their freedom.

Confronting the oppressors
In Tunisia, the tipping point was the self-immolation of Mohamed Bouazizi, an unemployed college graduate: this brought decades of pent-up feelings to the surface. There is no knowing what will cause Zimbabweans to jettison their fear and confront their oppressors. Zimbabweans fought a gallant war of liberation in the 1970s; they can do it again.

Another powerful lesson from Tunisia and Egypt is that opposition political parties are not prerequisites for a revolution. Frustrated by weak and ineffectual opposition to their rulers, Egyptians and Tunisians stood up and filled the power vacuum. Zimbabweans find themselves in similar circumstances: the opposition has failed the people countless times.

By their very nature, opposition political parties tend to cut deals that don’t deliver a people-driven agenda. It is obvious that the current political accommodation in Zimbabwe has delivered more benefits to opposition politicians than to the people.

It is doubtful, in the circumstances, that genuine political change would come to Zimbabwe through a free and fair election. The March 2008 poll was as free and fair as any election could be, but it lacked the methodology for the transfer of power – and the situation hasn’t changed. The prospect of people power bringing change also appears remote at the moment, but circumstances demand it.

We must avoid confusing the people with the opposition. This is the mistake Africa has made, which has resulted in a defective model of democratic transition. The opposition merely replaces a dictatorship with a newer version that still compromises the interests of the people.

Indeed, the single most important lesson from Tunisia and Egypt is that we as Zimbabweans are our own liberators. So let us stop complaining about the lack of international support. Why should the European Union, South Africa, the United States, the United Nations, the African Union or the Southern African Development Community help us when we are doing very little for ourselves? The world will only help us when we stand up and fight for our freedom and reclaim our country from Mugabe and the arrogant clique around him.

Price for freedom
Regrettably, no matter how justified our struggle for freedom is, international attention and support will only come as the body count of innocent people increases on our streets. There is a huge price to be paid for freedom — history has many examples of this. The Zimbabwean masses have to do what they have got to do; the cost of doing nothing is too high.

All the ingredients for a people-driven revolution are present in Zimbabwe. These include the kleptocratic Zanu-PF elite, which thinks it is invincible and uses the bogeyman of the return of colonialism to cling to power. It includes, too, frustration with the politically clueless opposition, particularly the Movement for Democratic Change (MDC), which is always outwitted by Zanu-PF and has failed to provide robust strategic leadership. This points to the need for the people to take charge of their own liberation.

The people are angry and hurt from years of abuse. Decades of political repression and economic mismanagement and corruption have seen the political elite get filthy rich while the majority has become destitute. Education and health infrastructure has collapsed as a result of lack of investment and the flight of skills.

The electricity, water and road infrastructures have decayed, taking a huge toll on the economy and the quality of life. The government and the struggling private sector have failed to create jobs for the hundreds of thousands of qualified youths who roam the streets.

Attempts at resolving the Zimbabwean political question through the ballot box have been frustrated by Zanu-PF’s resorting to violence and intimidation. Where these tactics have failed, Zanu-PF has simply refused to transfer power — as happened in 2008, resulting in the current political arrangement with the two MDC formations.

I have written before about the need for a “Third Way” in Zimbab­we’s politics. Egypt and Tunisia tell us that perhaps the people constitute that Third Way in resolving our political impasse. Only a new beginning will suffice for Zimbabwe to regain its past glory. Sadly, both Zanu-PF and all MDC formations appear frustratingly clueless – they are caught in a conundrum in which they cannot figure out how to move the country forward.

Critically important at this juncture is that Zimbabweans debunk the childish and unhelpful attitude that equates criticism of the opposition MDC with a lack of patriotism. This is exactly the same attitude that gave us Zanu-PF. This attitude says the MDC can do no wrong, and when they do it’s not their fault because they are victims of circumstance. This is a dangerous attitude that is comfortable with mediocrity for as long as it brings change — any form of change.

Tunisia and Egypt have restored our collective faith in the power of the people. All evidence points to the fact that Zanu-PF is shaken by the North African revolutions, but is in denial mode and will respond to any nascent uprising the only way it knows best – through repression and state-led violence. Yet it is naive to believe the people will accept this as their permanent condition.

Trevor Ncube is the proprietor of M&G Media, owner of the Mail & Guardian; he is also publisher of the Zimbabwean newspapers The Standard, The Zimbabwe Independent and NewsDay