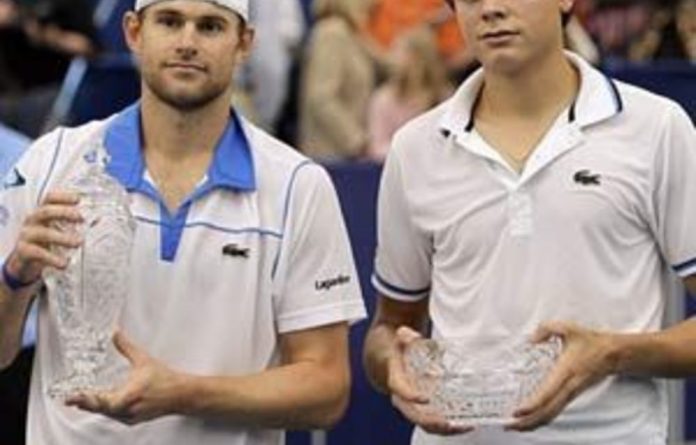 The dramatic showdown was decided on a diving forehand down-the-line passing winner by Roddick to break Raonic for the match after two hours and 26 minutes, a shot the eighth-ranked American called the greatest he has ever made.

“That’s the best shot I’ve ever hit in my life, considering the circumstance,” Roddick said. “Just making the return, you get disheartened when he doesn’t miss the next ball because he’s tough to get a serve back.

“He had a great volley there. I don’t really remember much else besides the fact that I went for the ball. I hit it. I didn’t really think much of it. Then I heard people cheering. I was like, ‘No, there’s no way that went in.'”

Roddick scraped his right arm but brought his 50th ATP career final to a triumphant conclusion as a result.

“I think I was very fortunate,” Roddick said. “I feel like I got outplayed. I just stuck around and kept trying.”

“What a memorable 30th victory,” Roddick said. “Winning tennis tournaments I don’t ever take for granted. I’ve won 30 of them now, but I think every one of them is just as exciting. I get just as much joy today as I did my first one.”

Third-ranked
Roddick, whose prior Memphis titles came in 2002 and 2009, ranks third among active players in crowns, trailing only Roger Federer and Rafael Nadal, and he joined Federer as the only active players with titles in 11 years in a row.

Raonic blasted 32 aces against Roddick in a losing cause, finishing his week with 129 aces, breaking the old tournament record of 106 set by Australian Mark Philippoussis in 2001.

“He’s as exciting a talent as we have seen in a while,” Roddick said of Raonic. “The good thing for him is he’s going to be able to learn on the job because that serve is going to win him a lot of matches, even if he goes up and down with the rest of his play. It’s one of the bigger serves I’ve seen.

“It won’t surprise me if he’s top-10 sooner rather than later.”

The Canadian never reached a third set at San Jose but was taken to one in every match at Memphis.

“It’s tough playing when you’re in a final, you are playing a top-10 player and you are not at your best, but all you can do is fight, keep fighting and hope things turn around,” Raonic said.

“Some things were unfortunate in that match and I think it’s nice that he had to come up with something that amazing to finish off the match.”

Raonic, who began the year ranked 156th, will jump to 37th in the rankings, the highest spot ever for a player representing Canada, surpassing Canada-born Greg Rusedski at 41st in 1994, a year before he began playing for Britain.

“It’s something really special and amazing,” Raonic said. “I want to keep improving that. I want to keep progressing and developing and I think I can do a lot more.”

Roddick, in his 50th ATP final, broke Raonic and held for a 4-1 lead in the final set before the Canadian held and seized three break points in a row in the seventh game.

The American responded by saving them all, but handed Raonic another break chance with a double fault and surrendered the point to put the Canadian back into the match.