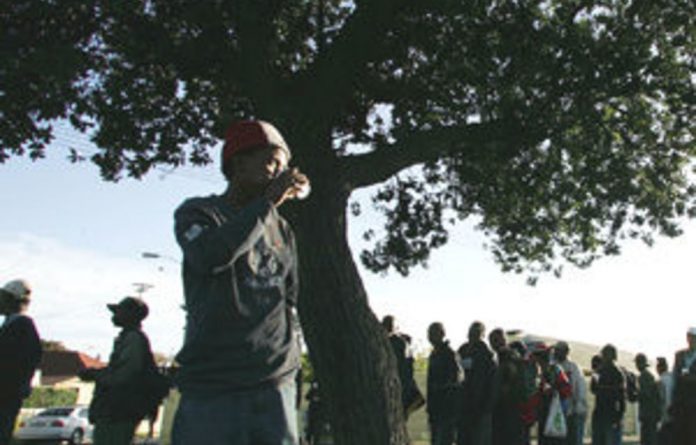 The new growth path is an economic framework in search of a compelling substance.

The more the government justifies it, the clearer it becomes that South Africa’s economic policymaking machinery is in a serious quandary and needs a complete overhaul. Instead of inspiring optimism about the future of the country and its growth and employment prospects, the repetitive rhetoric about jobs, jobs, jobs seems to be achieving the opposite effect.

The question that this brings to mind is what capacities the state will unleash to achieve these objectives and whether there is a plan in place to engage the private sector meaningfully? Evidence so far suggests that on both scores the government is at its weakest: its institutional capacities are handicapped and its relationship with the private sector is extremely weak.

With the growing mistrust between the government and business, it is not clear how the ambitions set out in the growth path will be achieved. In his State of the Nation address President Jacob Zuma declared 2011 “a year of job creation through meaningful economic transformation and inclusive growth”. Yet there is deep ambivalence about the private sector in the growth path.

Zuma’s announcement of a R9-billion jobs fund, an allocation of R10-billion by the Industrial Development Corporation (IDC) and tax breaks of up to R20-billion to promote investments in the manufacturing sector was meant to demonstrate the government’s seriousness about tackling unemployment.

Sectoral distribution
Again, it is not clear what the sectoral distribution of this funding is and what the size of return in the form of job creation will be. It is possible that the IDC allocation is old money shifted from activities that will be discontinued as a result of restructuring. The IDC’s capacities are also in question given the decline in staff morale and the potential haemorrhage of talent in that organisation.

Apart from the glaring poverty of ideas in the new growth path, there are two fundamental weaknesses that characterise Zuma’s economic flagship programme, and these go to the heart of the functioning of the government as a custodian of economic change.

The first regards the disorganised institutional mechanisms at the disposal of the state to manage economic change more effectively. If the government is to set a new tone about economic growth and job creation, especially to strengthen and refocus institutional capacities, some of the departments in the economic cluster should be restructured.

One of the ways to recalibrate the institutional mechanism for effective execution would be to break apart the bureaucratic behemoth the department of trade and industry has come to epitomise.

The economic development department, headed by Ebrahim Patel, should never have been created in the first place. It was born out of political jostling, with the unions eager to flex their muscles post-Polokwane, and has generated a great deal of confusion in the government’s economic cluster. The unions got what they wanted, but not quite. Although Patel boasts a strong trade union background (he led the South African Clothing and Textiles Workers’ Union), he is fast losing credibility with them, as is evident in Cosatu’s barbed critique of his new growth path.

The duplication of work between Patel’s department and trade and industry is as unmistakable as it is unnecessary. For example, trade and industry, headed by Rob Davies, has a mandate to play a leadership role in economic development, manage and implement industrial policy, undertake corporate regulation functions, promote small business development, advance black economic empowerment, manage economic agencies, negotiate bilateral and multilateral trade deals and promote trade and investment — a massive and convoluted agenda.

‘Agile, leaner and responsive’
Some of trade and industry’s functions are also pursued by Patel’s department and agencies such as the IDC, the Competition Commission and the International Trade and Administration Commission fall under Patel with no clear rationale for this cherry-picking. Why the IDC and not the National Empowerment Fund is part of Patel’s department is not clear.

Instead of appointing Patel with a duplicate mandate, Zuma should have taken a bolder step to restructure trade and industry and make it more agile, leaner and responsive. For example, the department’s functional units that interface with the economy — dealing with regulatory issues, job creation, empowerment and industrial policy — should constitute a separate department with a strong and coherent focus on jobs, growth and business competitiveness.

The international trade function would be best placed as a separate agency or possibly absorbed into the department of international relations and cooperation to reduce unnecessary duplication. In any case, foreign policy in the 21st century takes on a strong economic and commercial diplomatic thrust.

Another important trade and industry unit that performs significantly below its potential is Trade and Investment South Africa. It currently exists in obscurity and without proper leadership — so much for our commitment to attract investments and promote exports, both crucial for enhancing growth and facilitating job creation.

Ideally, this agency should have greater latitude to act independently outside of bureaucratic constraints. It should be a lot more responsive to the needs of exporters and address critical investment needs in the economy.

Apart from glaring institutional weaknesses, the second major weakness in the Zuma administration — perhaps the most crucial — is the serious lack of leadership at the apex of government. This unmasks itself starkly at two levels.

First, there is hardly strong coordination on policy development and implementation within the economic cluster, which includes the treasury, the departments of economic development, trade and industry, public enterprise and rural development and land reform. Judging by the quality of the new growth path and Zuma’s diffident State of the Nation address, it would be fair to describe the cluster as chaotic and lacking in a sense of purpose and urgency.

High performance
To be effective, teams require leadership at the top. This is essential for harnessing high performance. But this is absent in the government’s economic policy management.

Appointing a lead department that would enjoy respect both domestically and globally would also have gone some way to buttressing the work of the economic cluster.

Without a doubt, the treasury fits this profile. It occupies a unique role, sitting at the nexus between domestic economic policymaking and global economic governance — responsibilities that are co-reinforcing. It enjoys respect in global markets and in the business community in South Africa. Hopefully Pravin Gordhan, the minister of finance, will assert this leadership role in his budget vote this coming week.

Second, the weakness of leadership at the top is also revealed in the widening chasm between the government and business. The government is clearly out of touch with the needs of the private economic agents in society. Strong collaboration between the state and the private sector is important for both confidence building and for achieving shared objectives linked to economic growth, competitiveness and job creation. To harness this relationship requires the government to reach out to top business leaders and seek their counsel on addressing complex challenges in the economy.

Recently the Obama administration in the United States appointed Jeff Immelt, the chief executive of General Electric, to head the president’s advisory council on competitiveness and to help get the economy into better shape. Similarly, in the United Kingdom when the coalition government took over, Prime Minister David Cameron sought out private sector expertise, appointing a number of respected business people to advisory councils.

Not so in South Africa. The prevailing anti-business dogma blinds the government to the creative potential that lies in the private sector and could help drive structural change. This is best exemplified in the existence of the Progressive Business Forum nurtured by the ruling party. Those who are not part of it are stigmatised as unprogressive or “counter-revolutionary” and cast out into the wilderness.

Strategic collaboration with the private sector broadly should not exclude economic policies addressing social exclusion, delivering public services, undertaking public investment in infrastructure and getting more people to work. It is when the state and the private sector work together rather than at cross-purposes that better ideas and new ways of positioning the economy for higher performance can be nurtured.

Dr Mzukisi Qobo is research associate in the department of politics, University of Pretoria, and is a member of the Midrand Group

​Government’s economic plans all sound the same. We need a socioeconomic overhaul

A green SA economy: ‘The train is shifting direction’

Man with a plan: Trevor Manuel’s new deal for SA