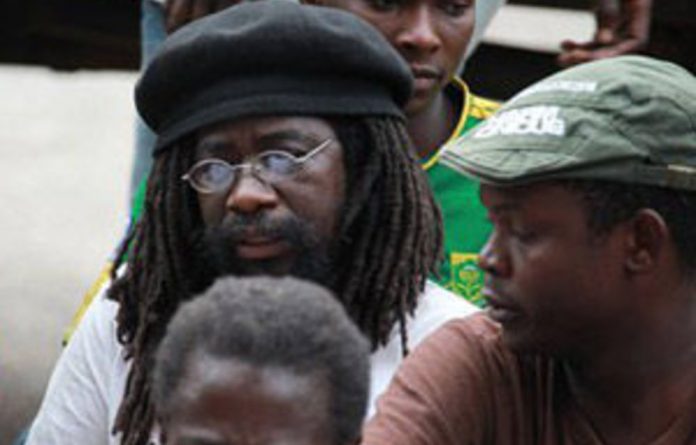 Lawyers for 46 people facing treason charges for allegedly plotting an Egyptian-style uprising in Zimbabwe said on Thursday that some members of the group were tortured by police.

Magistrate Munamato Mutevedzi ordered the suspects to be held in detention to reappear on Monday, saying only a higher court was empowered to free them on bail on treason charges punishable by death.

He ordered that they be given medical examinations before the hearing to verify allegations of torture.

Defence lawyer Alec Muchadehama told a Harare court on Thursday that 12 suspects told lawyers they were beaten with broomsticks on their bodies, buttocks and the soles of their feet. They were arrested on Saturday for attending a lecture on North African anti-government protests.

He said others were denied medication and access to lawyers.

The group says it was an academic study session and denies wrongdoing.

Muchadehama told the court that delays in bringing the group to their first court appearance on Wednesday were illegal because Zimbabwean law says suspects must be arraigned within 48 hours of arrest.

Muchadehama, the defence lawyer, insisted on Thursday there were no grounds for treason charges.

“What happened in Egypt and Tunisia is that people gathered and demonstrated and their leaders resigned or abdicated their seats,” he said. “No treason was committed in the two countries.”

‘So paranoid’
If watching television footage of the uprisings was treason, he said, most Zimbabweans would be guilty of it.

But authorities loyal to Mugabe were “so paranoid”, he said, that anything seen to challenge Mugabe was termed treason and subversion.

Prosecutors claim that former opposition lawmaker Munyaradzi Gwisai, head of the local branch of the International Socialist Organisation, and the other civic activists were conducting the meeting to “organise, strategise and implement the removal of the constitutional government of Zimbabwe … the Egyptian way.”

Speaking from the dock, Gwisai said he believed all citizens had the right to take grievances to their leaders through open discussion.

Gwisai said he was repeatedly beaten with a wooden plank and told to confess that he called for Mugabe’s ouster. The beatings were recorded by his interrogators, he said.

As a public figure, Mugabe should be subject to political examination and democratic debate even though democratic institutions in Zimbabwe are flawed, Gwisai said.

“Events in Egypt and Tunisia show that the basis of legitimate power in democratic societies lies with the people,” he said. “Marches, singing and protests are fundamental human rights through which people can address those who govern them.”

He said studying protests elsewhere was important for “because people who seek change and don’t understand it will repeat the mistakes of history”.

Mugabe has been in power since independence in 1980. Critics accuse him of violently suppressing the opposition and destroying the country’s economy through a land redistribution program.

While he entered in a power-sharing deal with the country’s longtime opposition leader after the violence-plagued 2008 elections, Mugabe has said he has the power to unilaterally call elections this year to end the fragile unity government.

Security authorities have said they will clamp down on any alleged plotters of “destabilisation”. – Sapa-AP