Cartooning no fun for Kentridge 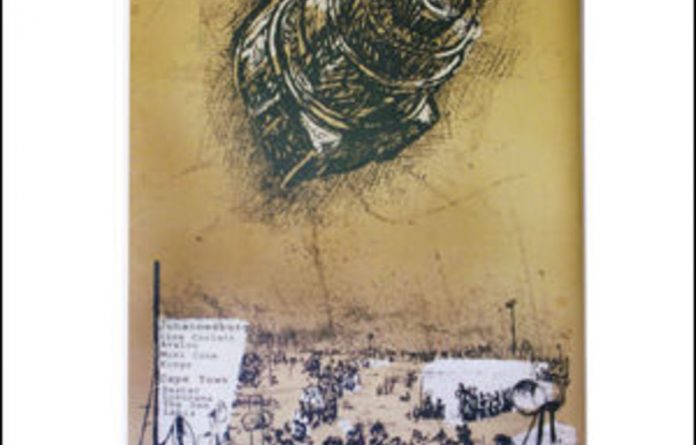 Depending how you frame it, the portrait of artist William Kentridge as a young man is not very flattering, his diverse forays into acting, movie art direction and oil painting during his late 20s and early 30s marked by, as he once unambiguously put it to me, failure.

His short-lived career as an editorial cartoonist for this newspaper, in 1985, followed a similar trajectory.

After a three-year hiatus from the studio, Kentridge, born in Johannesburg in 1955, was drawing again when Weekly Mail co-editor Anton Harber offered him a job illustrating lead editorials in the upstart paper, founded six weeks after the demise of the Rand Daily Mail (RDM) in early 1985. His fee: R30 for each drawing.

The relative inappropriateness of Kentridge for the job was already suggested in an RDM review of his solo exhibition with art dealer Reinhold Cassirer, Nadine Gordimer’s late husband, in April 1985.

“Kentridge is an actor, director and filmmaker,” said critic Joyce Ozynski. “As one might expect, his art is fundamentally narrative, though the structure is surreal rather than chronological.”

The further you read Ozynski’s favourable review, the more odd his appointment as a newsroom cartoonist now seems. “He compresses perspective, makes strange juxtapositions and creates ineluctable relations between people and objects, generating an intense interaction,” she wrote.

Transporting his style to a medium he had in the past only fleetingly engaged with — as a child Kentridge drew a cartoon strip about birds; later, as a young adult, he produced two unpublished political cartoons — presented numerous problems.

In a drawing accompanying an article on the Durban July, he skewers the bored haute bourgeoisie in scratchy lines and moody expressionist tones. Adding perplexity to the scene of posh white folk feasting on a horse is the artist credit. It reads “PH Chere”.

The pseudonym is a nudge-nudge, wink-wink reference to the warthog that appeared on the edge of most of his cartoons, itself a sidebar device borrowed from RDM cartoonist Bob Connolly. In French, warthog is phacochère.

These cryptic and layered elements were not enabled by Kentridge’s timidity. “The cartoons would sit over me like a nightmare for four days of the week,” recalls Kentridge, fondly and with humour, when I phone to ask about his brief incursion into the newsroom. “What the hell am I going to do?” he routinely asked himself.

Instead of doing something the night before, something “quick and sharp”, he lingered. “If you are going to be a cartoonist, you have to be able to work at speed and know that you’ll sit down and have a finished cartoon at the end of the session.” This wasn’t his way, neither was the black liquid used to make an image.

“Drawing in ink was a fairly new technique for me,” says Kentridge, who continues to work chiefly with charcoal. “The thing with charcoal is you can find the form; you keep adjusting it, you rub it out, you redraw it. Cartooning needs confidence, not a hesitancy of line.”

Over the years Kentridge has elevated this hesitancy and indecision into a defining attribute of his craft. Lines, gestures and thoughts are continually revised, his drawings (the raw material for his animated films) marked by ghostly traceries and dark smudges. His cartoons, which illustrated articles about the first state of emergency and white emigration, tended to read as unspecific, arguably even obscure, prompting a meeting between artist and co-editor about half a dozen cartoons later.

There were no fireworks at this meeting, no threats, no ultimatums, merely polite crab-walking and a mutual recognition that they were both angling towards the same conclusion. “Let’s stop it, it’s not working.” So they did. Derek Bauer replaced Kentridge.

“It was a huge relief,” says Kentridge, who maintained professional relations with the paper, creating two posters for the now sadly defunct Weekly Mail Film Festival.

Given his current prominence globally and the attendant interest it has created in his biography, Kentridge’s stint as a cartoonist has not gone unnoticed.

In his new book on the history of South African cartooning, What’s So Funny?, visual historian Andy Mason offers a brief account of Kentridge’s parlay into the “jester’s space”.

It is a permissive space, more familiarly associated with Bauer, his successor Zapiro and, long before either, Daniel Boonzaier, a conservative Afrikaans cartoonist whose caricature of the obese Jewish industrialist Hoggenheimer is an early precursor of Kentridge’s melancholy capitalist fatso, Soho Eckstein.

In a chapter titled “White Like Me”, Mason offers a brief account of Kentridge’s squatting rights to the no-man’s-land that separates cartooning from fine art. It is a brief entry, prompting me to ask Mason for more.

“Kentridge wasn’t ever going to be a political cartoonist,” he says. “The work is too personal, too quirky, whimsical and introspective for that. But as a series of visual statements that captured the predicament of the cultured white intellectual in apartheid South Africa, his work had a huge resonance.”

Don Mattera: man of pain and struggle, love and hope

Editorial: Hell of a year for a birthday