COP in or COP-out? 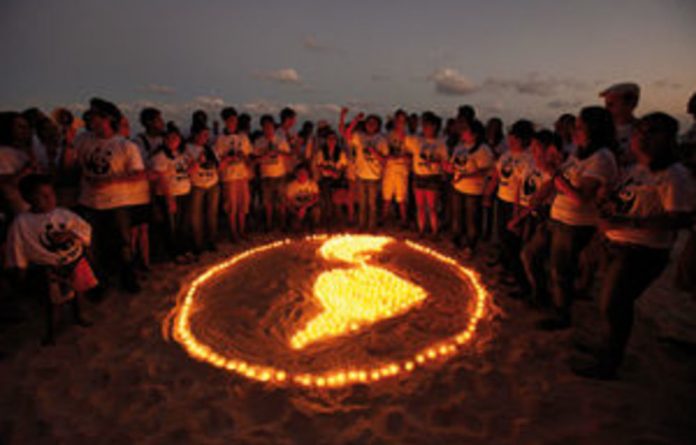 A cordon of United Nations security personnel in their baby-blue uniforms will mark off Durban’s convention centre from November 28 as UN territory.

For two weeks environment ministers and technocrats will hunker down for another round in the protracted 17-year effort to write an international law that will force countries to curb their greenhouse gas (GHG) emissions.

Much like the Fifa World Cup, the event will turn the world’s attention on South Africa — both as Africa’s champion in the fight for climate justice and for its carbon-intensive economy.

The Durban gathering comes two years after the much-hyped 16th Conference of the Parties (COP16) in Denmark, where everyone expected some kind of law to emerge. Instead, the result was a weak and unenforceable political agreement, the Copenhagen Accord.

It had no teeth to force countries to deal meaningfully with the pollution responsible for climate change or to manage the fallout. The next round of talks in Cancún, Mexico, in December last year, were about salvaging what many regarded as the wreckage of Copenhagen and to get negotiations back on track.

It took some of the terms of the accord, which were agreed to outside UN procedure, and cemented them into something more formal under the UN process. It has been a bit like a 17-year group effort to write a book.

At the Bali round of talks in 2007, negotiators agreed that the writing could not go on indefinitely, so they said that, by close of shop in December 2009, the final manuscript had to be signed off and be ready to go to the printers. But when politicians arrived at Copenhagen expecting the unveiling of an impressive tome, the scribes were still hammering away at their keyboards, a long way from even a workable first draft.

After Copenhagen, crestfallen authors gathered in Cancún, having decided to focus on getting a few key chapters down in broad strokes. Once the rough framework of the chapters was agreed to officially by the UN, later rounds of negotiations could be used to fill in the much-needed detail. They have agreed broadly on the “what”.

Now they need to fix down the “how”. Durban will take the chapter outlines from Cancún and fill in some detail. Even then, the world will still be a long way from having a rigorous legal document that will force countries to restrain the emission of greenhouse gases.

The negotiations are almost impenetrable from the outside — they are filled with layers of bureaucracy and jargon (COPs, MOP, LULUCFs, Redd), unfathomable legal process and mind-numbing figures about invisible gases. In a nutshell, Durban will wrestle over the same issues that have kept countries gridlocked from the start:

Cancún fixed down a few things — for developed countries to reduce emissions by as much as 40% by 2020, which would largely limit the temperature increase to 2°C; the creation of a Climate Green Fund to channel pledges of $100-billion to the South by 2020; some measures to pay for forest conservation; and vague references about how to audit countries’ performances on emissions cuts, forest conservation and the likes. An ambitious Durban outcome would firm up some details on how to do that, but the overarching final law is a long way off.

Green paper is short on detail

Pseudo-science: warts and all