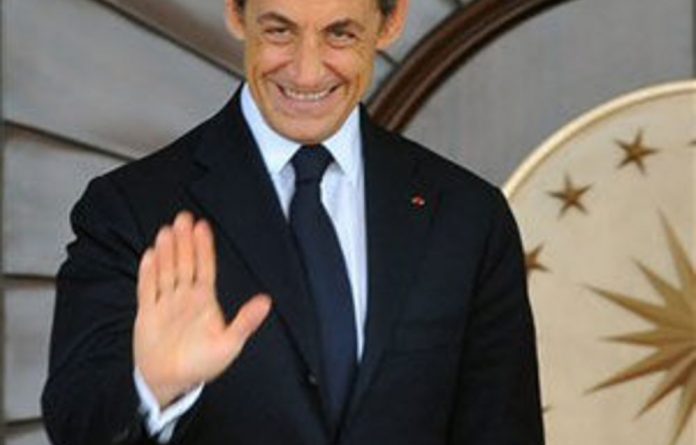 Nicolas Sarkozy will on Wednesday welcome Jacob Zuma to France as leader of an emerging great power and a key player in Paris’s plan to use its Group of 20 (G20) presidency to reform world finance.

Sarkozy holds the rotating presidency of both the Group of Eight (G8) and G20 power groups, and Zuma leads the newest member of the influential “Brics”, the fast-growing economies of Brazil, Russia, India, China and South Africa.

As such Zuma will be greeted with full state honours in a capital whose African relations have traditionally rotated around client state and oil producers in former French colonies.

Sarkozy is determined that his G20 legacy will be the reform of the world financial and trade system, in order to iron out the imbalances that led to the recent global economic catastrophe, and he needs the support of the Brics.

In order to win the emerging nations’ backing for his market and exchange-rate regulation pans, he has put development aid and a world tax on financial transactions at the heart of his ambitious programme.

And by courting English-speaking countries like South Africa and Nigeria, he hopes to kill off France’s reputation as only being interested in those parts of Africa dominated by French companies and murky influence networks.

Political crises
Zuma, who has visited France three times since 2008 and who was guest of honour at last year’s France-Africa summit, will therefore enjoy all the pomp that Paris can muster, including an escort by the famous Republican Guard.

He will be hosted at a state dinner by Sarkozy on Wednesday, and hold meetings with Prime Minister Francois Fillon, the speakers of both French parliamentary chambers and with the mayor of Paris.

The leaders will discuss the G8-G20 agenda, and the wave of revolutions sweeping the Arab world, but also the many crises troubling Africa, in countries where regional giant South Africa holds much sway.

Aside from political crises in Sudan and Madagascar, Sarkozy will address the stand-off in Côte d’Ivoire, where France has lost influence over Laurent Gbagbo and fears his refusal to step down will plunge the country into civil war.

The bulk of the countries of the African Union, along with the broader international community, argue that Gbagbo lost last November’s presidential election and should step down in favour of rival Alassane Ouattara.

But the response of South Africa and Angola has been less clear cut, and Zuma favours a compromise solution, enraging Ouattara’s supporters, who chanted “Zuma thief!” at him as his visited Abidjan last week.

“We haven’t abandoned hope of changing his mind,” a French official said. “Let’s not exaggerate South African influence, but it would be a hard blow for Gbagbo if Pretoria took a clear position against him.”

“A major objective of the visit is to strengthen trade and investment ties with France, and to address the challenge of the significant trade deficit that exists,” a South African official said.

France is the sixth-largest supplier of South Africa’s imports, but only the 19th-biggest destination of its exports.

But no contracts are expected to be signed this week. “South Africa is reviewing its entire energy strategy, so there won’t be any decision on this matter,” a Sarkozy aide admitted.

Nevertheless, France does expect to sign a new partnership framework agreement, which foresees a billion euros in investment in South Africa by the French international development agency. — Sapa-AFP