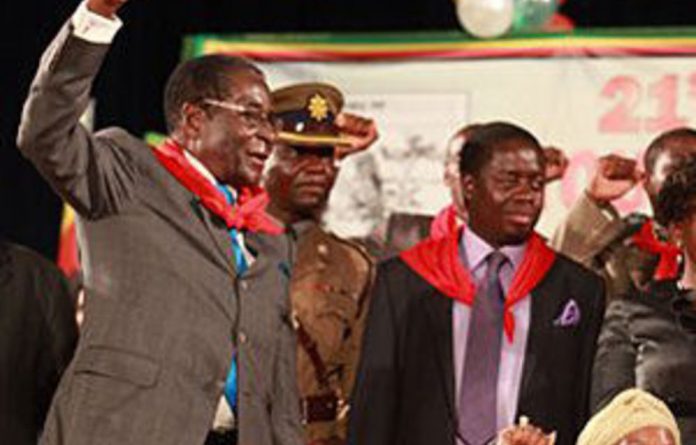 Internet campaigns calling for protests against the 31-year rule of President Robert Mugabe on Tuesday did not lead to any mass gatherings in Zimbabwe, where police have threatened to crush any “Egypt-style” protests.

The two campaigns, on Facebook and Twitter, were trying to start popular uprisings similar to ones that toppled the long-serving leaders of Tunisia and Egypt and are threatening Libyan strongman Moammar Gadaffi.

Although there was no unusual security deployment in Harare on Tuesday, private newspaper NewsDay reported that soldiers in armoured troop carriers had been “sighted” on Monday in traditionally restive townships in the capital.

The Facebook campaign calling for a million-citizen march and a separate one on Twitter were aimed at bringing down Mugabe (87), leader since independence from Britain in 1980.

Zimbabweans in London were planning to burn an effigy of Mugabe outside of the country’s embassy in London in support of the Facebook campaign.

But by mid-morning, there was no sign of any gathering in the large park in Harare named as the protest venue by the organisers operating under the banner FreeZimActivists.

Other parks, normally packed with people, were largely empty, apparently over people’s fears of being caught up in any protest.

Tensions running high
Zimbabwe’s dominant state media made no reference to the planned demonstration against Mugabe, who rights groups say has used violence and intimidation to crush any challenges.

Tensions have been running high in the past weeks, with Mugabe’s Zanu-PF pushing for early elections that officials from rival and governing partner the Movement for Democratic Change (MDC) have said could lead to a bloodbath.

Mugabe was forced into a power-sharing government with Prime Minister Morgan Tsvangirai’s MDC after the controversial 2008 vote that led to violence and hundreds of thousands fleeing the country.

Police officials — who said they would crack down on any protest — were not immediately available for comment.

Ordinary Zimbabweans are fearful of speaking publicly about the call to protest, mindful of tight security laws with sweeping provisions against anything that could be viewed as inciting violence or rebellion against a constitutional order. Last week, police arrested 46 people in Harare as they watched videos of protests in the North African countries and discussed possible demonstrations in Zimbabwe, where Mugabe plans to run for another five year-term in elections he wants to call later this year.

Critics say Mugabe has used tough policing and vote-rigging to keep his grip on power despite an economic crisis in the past decade that many blame on his mismanagement. — Reuters