Gaddafi: the despot who would be king 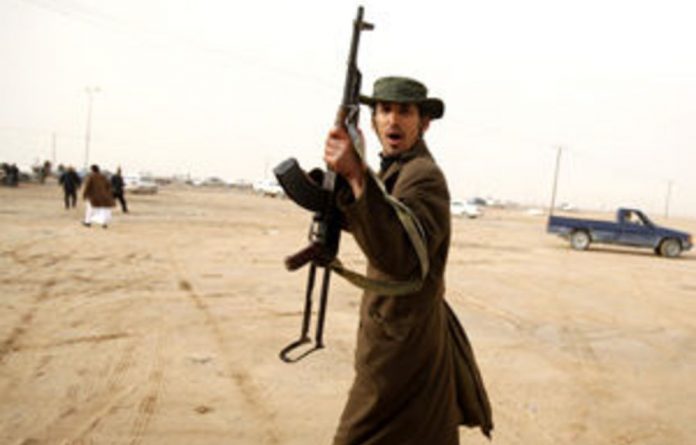 Events in Libya suggest that the end of the regime of the world’s longest-ruling autocrat, Muammar Gaddafi, is near. It is worth tracing the life and times of this eccentric despot.

After seizing power in an act of regicide against King Idriss in 1969, Gaddafi initially modelled his rule on that of Egypt’s Gamal Abdel Nasser, the celebrated champion of pan-Arabism. Overcome by emotion, Gaddafi fainted twice during Nasser’s funeral in Cairo in 1970.

As the martyred South African liberation heroine Ruth First noted in an insightful 1974 study titled Libya: The Elusive Revolution, the contradictions of Gaddafi’s revolution were many.

He simultaneously pursued a social revolution and a revival of Islamic fundamentalism; 11 young soldiers held power while claiming to represent a mass-based popular revolution; the Libyan leader condemned the corruption of the monarchical ancien régime while cutting lucrative deals with global oil cartels; and Gaddafi’s traditional, religious approach led him to live in a Bedouin tent and criticise Western decadence, even as he relied on its technology and companies to finance his domestic revolution and foreign adventures.

Gaddafi’s Green Book of 1975 rejected liberal democracy in favour of what he described as direct democracy through “popular committees”, though these were accused of terrorising the population. In his early rule the Libyan leader achieved some social progress through his oil wealth and 1,5-million foreigners flocked to his country from Africa and the Middle East.

In the politics of the Maghreb Gaddafi’s role was mercurial. Just before his country took over the presidency of the Arab Maghreb Union (AMU) in 2003, the Libyan leader said: “It’s time to put the union in the freezer.” A year later Tripoli announced that it was leaving the AMU after the North Atlantic Treaty Organisation offered rapid reaction training to Maghrebi states. Only pleas from Morocco and Tunisia prevented Gaddafi from carrying out his threat.

‘Diplomatically isolated’
Gaddafi would prove equally controversial south of the Sahara. He became diplomatically isolated in Africa after his 1980 military intervention in Chad, losing support among his peers for supporting dissident groups against “neocolonial” regimes on the continent.

Gaddafi sent troops to bolster the regime of brutal Ugandan autocrat and fellow Muslim, General Idi Amin, between 1972 and 1979. In the 1980s the self-styled Libyan revolutionary provided military training to the warlords of two of West Africa’s most vicious rebel groups in the 1990s: Liberia’s Charles Taylor and Sierra Leone’s Foday Sankoh. He also reportedly trained and armed Tuareg rebels who triggered a conflict in northern Mali in 1990.

Gaddafi would eventually swap his pan-Arab robes for Pan-African garments in anger at the lack of Arab support for Libya after Western-inspired United Nations economic and travel sanctions were imposed on Tripoli in 1992. By contrast with the muted Arab response, strong black African backing was offered in his hour of need. Indeed, the sanctions on Tripoli were eventually lifted in 1999 with the help of Nelson Mandela, who mediated with Washington and London. Former president Thabo Mbeki famously did not get on with ­Gaddafi, while Jacob Zuma appears to have attempted to appease him.

Gaddafi sought to become the heir of Ghanaian leader Kwame Nkrumah’s pan-African vision. He was the moving force behind the transformation of the Organisation of African Unity into the African Union (AU), hosting several meetings in his home town of Sirte. At the AU summit in Ghana in 2007, Gaddafi championed a “United States of Africa” with an all-African army, a common monetary union, as well as a central bank. But the eccentric “brother leader’s” vision was, like Nkrumah’s, rejected by most African leaders.

Gaddafi also used his oil wealth to buy influence within the AU by paying the debts of member states. With strong leaders like Mbeki and Nigeria’s Olusegun Obasanjo having left the political stage Gaddafi finally became chair of the AU for the first time in January 2009. This was largely a wasted year, as the Libyan leader continued to pursue his quixotic federalist dreams without the support of African leaders. As AU chair, Gaddafi was also accused of coddling fellow military putschists in Guinea, Mauritania, and Madagascar.

As his four-decade autocratic reign appears to be coming to an ignominious end, Gaddafi, the self-proclaimed “King of Kings”, seems to be drifting into delusional madness.

Having toppled a monarch to promote social justice, he recently compared his 41-year rule with that of Britain’s Queen Elizabeth II, wondering why similar protests were not being raised about her long reign.

Coming from a lower social class, Gaddafi had always aspired to greatness and coveted King Idriss’s crown. A social climber and arriviste, he donned ill-fitting borrowed royal robes to which his birth did not entitle him. As the fin de régime approaches, the Libyan despot appears to be a poor parody of the very system that he toppled.

Dr Adekeye Adebajo is executive director of the Centre for Conflict Resolution, Cape Town, and author of The Curse of Berlin: Africa After the Cold War