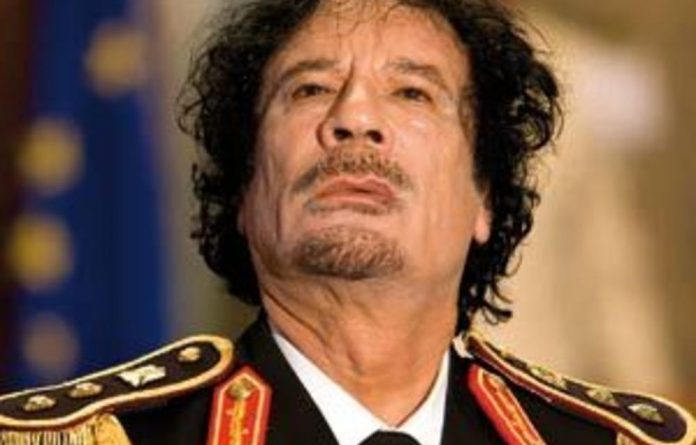 The Libyan government’s investment arm co-owns a prime slice of Sandton — Africa’s most expensive real estate — in the continent’s financial capital, Johannesburg, as well as a large chunk of property at the iconic V&A Waterfront in Cape Town.

The extent of Libya’s penetration into the South African tourism, leisure and real estate sectors is of particular interest after the United Nations Security Council passed a unanimous resolution freezing all assets belonging to Libyan leader Muammar Gaddafi and his family.

Many governments worldwide have extended the asset freeze to Libyan government assets. The move is intended to prevent the Gaddafis from accessing Libya’s vast state resources abroad to fund its crackdown on protesters at home or to feather their nests in the event of defeat and exile.

If South Africa intends following suit, it is not saying so.

“Technically the UN resolution has the strength and equivalence of international law. Implementation is happening, it is something that happened immediately, but the difference between us and other countries is we have not put these actions in the public domain yet,” Clayson Monyela, the spokesperson for the department of international relations and cooperation, said.

It was established to plough Libya’s vast oil revenues, which constitute 95% of the country’s income, into a diverse array of investments worldwide.

Through the Libya Africa Investment Portfolio the authority owns the Libya Arab African Investment Company (Laaico), which has a stake in the South African tourism, leisure and real estate sectors through its 100% shareholding in Ensemble Hotel Holdings.

Ensemble owns the five-star Michelangelo Hotel in the heart of Sandton and has a minority stake in Legacy Hotel Holdings, which owns the adjacent and equally imposing Michelangelo Towers, Da Vinci Hotel and Raphael Penthouse Suites.

Other tourism assets co-owned by Laaico through its stake in Legacy include the Commodore and Portswood hotels adjacent to the V&A Waterfront, the Bakubung and Kwa Maritane bush lodges near Sun City, the Airport Grand near OR Tambo International Airport and a further nine hotels, lodges and resorts across the country.

According to Laaico’s website it owns a 40% stake in Legacy Hotels. A source close to Legacy said that Laaico owns “less than that”, but would not say how much.

The Security Council resolution declared that “all member states shall freeze without delay all funds, other financial assets and economic resources which are on their territories, which are owned or controlled, directly or indirectly” by Gaddafi, his daughter and four sons.

Although the resolution applies to Gaddafi and his immediate family, the United States took an expansive view, with President Barack Obama directing that the freeze should also apply to “the property and interests in property of the government of Libya”.

The US treasury subsequently froze $30-billion worth of Libyan assets, the single largest freeze of foreign assets in American history.

According to The Wall Street Journal: “Treasury officials said some of the assets frozen since Friday belonged to Libya’s central bank and its sovereign-wealth fund, the Libyan Investment Authority. The US concluded both were directly controlled by Colonel Gaddafi.”

David Cohen, the US treasury’s acting undersecretary for terrorism and financial intelligence, was reported saying: “We are hearing that major European financial institutions are interpreting their obligations … as requiring them to block all government of Libya assets.”

Monyela said: “Those hotels will continue to operate, but Gaddafi’s inner circle and all those who have a stake in his regime will not have access to the funds.

“It means the monies they have been receiving as dividends and profits, they will not receive these. It now becomes an issue for law enforcement and other institutions.”

Monyela said that South Africa would follow the letter of the resolution and “would not go after assets that are not fingered by the resolution itself”.

He said all Libyan assets in South Africa would be subject to “a rigorous verification process”.

The source at Legacy said the hotel group had not yet been approached by the South African authorities for information or clarification about its Libyan shareholders.

Although the department is not making public details of how it is implementing the resolution or what the fate of Libyan-owned assets in South Africa will be, the Security Council resolution makes provision for the unfreezing of funds in the future, meaning that the assets will ultimately be returned to Libya if Gaddafi gives up or loses power.

Sean Christie is the Mail & Guardian’s Open Society fellow in foreign policy reporting. Lionel Faull is a member of amaBhungane, the M&G Centre for Investigative Journalism.