NYDA muscles in on wage subsidy 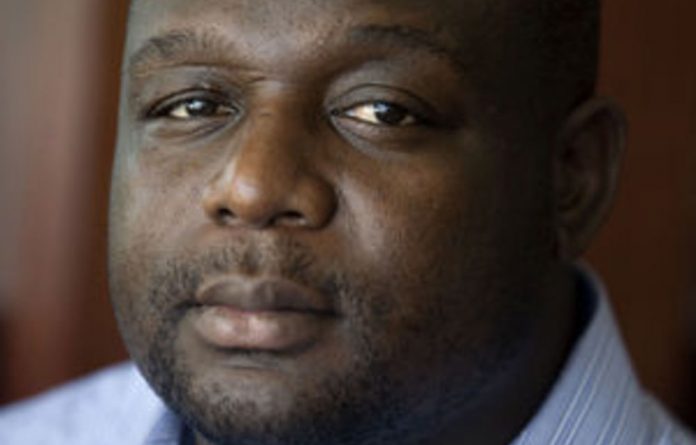 Its chief executive, Steven Ngubeni, said this week that if the treasury allowed the agency to become involved in monitoring the implementation of the subsidy it would support it.

“Our issue is not the approach, it is the implementation. We are going to say to the treasury that the NYDA will come in and train [young] people as labour inspectors to check that it is done properly,” Ngubeni said.

Although the subsidy seemed a natural fit for the agency, which has an interest in youth employment, it rejected the proposal when it was mooted last year, arguing that it would “achieve very little”.

Andile Lungisa, the agency’s chairperson, said in August last year: “The unfounded training-based wage subsidy carries with it a high potential of unintended consequences and will achieve very little in improving the conditions of youth.

“Instead of decisively dealing with the challenge, the proposal could turn young people into glorified slaves of companies in the interest of maximising profits.”

According to the discussion document tabled at National Economic Development and Labour Council (Nedlac) last week, the subsidy will “lower the costs to employers of hiring young workers, stimulate employment and improve young people’s access to decent jobs in important, well-regulated and potentially rapidly growing sectors of the economy, such as agriculture and manufacturing, albeit at a relatively low pay rate upon entry”.

Avoiding revolt
Ngubeni said the work of the youth agency, which recently came under fire for demanding more than the R1,2-billion it was allocated over the next three years, was essential to avoid more service delivery protests and “revolt”.

“If you look at the protests at a municipal level most of those involve young unemployed people,” he said. According to the agency’s presentation to Parliament last week, it created 15 300 jobs in the current financial year, exceeding its target of 14 000. These were mostly in the business services industry and included helping young entrepreneurs with business plans and marketing strategies and teaching them how to fill out tender documents.

“Teaching them about tender documents was the most important thing,” Ngubeni said. “I see that as a quick win.” He said that more than 140 municipalities would fund and establish NYDA offices and that partnerships with banks, including Ithala Bank, First National Bank and the Development Bank of Southern Africa, had been forged to make further job creation possible.

The agency also provides loans for young entrepreneurs, but Ngubeni conceded that getting them repaid “is a difficult challenge for us”. He said that although 70% of beneficiaries defaulted on loans, that was an improvement on the previous figure of 89%. But Ngubeni said the agency avoided at all costs writing off debts. “It [non-repayment] is for economic reasons because of the recession. So we call them in and advise them to diversify their products. But we don’t write off bad debts. I go in there and confiscate things.”

The agency complains annually about its budget allocation, which is less than the combined allocations of the now-defunct Usomvubu Youth Fund and the National Youth Commission. The NYDA was born out of a merger of these government-funded institutions.

To save money the agency does not pay its provincial board members if they are government employees. Ngubeni said his annual salary of R1,8-million a year was based on treasury pay scales and was on the same level as any other chief executive in government. “I’m selling my skills,” he said. “Everyone looks at what I am getting [paid] but no one looks at what I’m giving.”

Ngubeni said that the R100-million spent by the agency on the recent World Festival of Youth and Students was money well spent. “We were exposing the youth of South Africa to the youth of the world. If you’ve never seen a Lebanese before, now you’ve seen one,” he said. “It also put the NYDA in the public discourse — everyone is talking about it. This means that the issue of youth development is also now part of public discourse.”