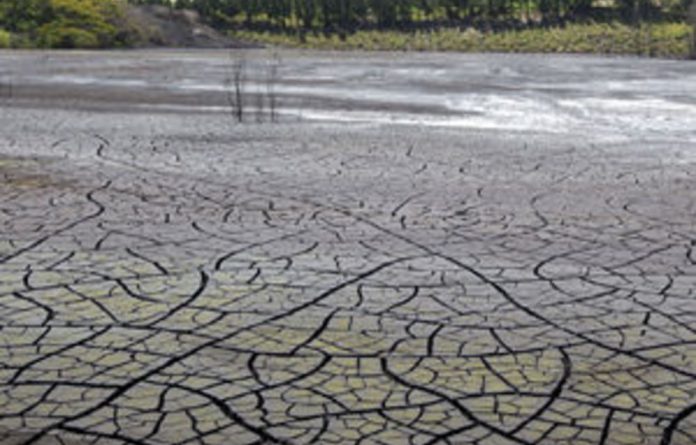 When the sun cooks up a Mad Max-haze, Richards Bay and the surrounding areas in northern KwaZulu-Natal look like a strange mix of the paradisal and the pestilential.

Smoke billows from smelters, ovens burning wood for charcoal nestle among eucalyptus trees and black sludge from titanium mining hardens in a dam within sight of the azure Indian Ocean.

There are pristine dunes — and there is industria. The area is an economic hub with paper manufacturing, forestry, mining and a bustling port. But many local community members and business people feel they are excluded from this for many reasons, including “inconsistent” land claim resolutions and black economic empowerment deals involving major companies in the area, such as Sappi and Richards Bay Minerals (RBM).

Some locals say they are being used as nothing more than a labour pool — they are paid paltry wages and rewarded with the odd development project on land that they say is traditionally theirs.

Despite the formation of the Amalala Trust, which represents the five main tribal authorities in areas that include KwaDlangezwa, KwaMbonambi, Sokhulu, Mpukunyoni and Gingindlovu, and an empowerment vehicle modelled on the Royal Bafokeng blueprint the community says it is shut out of empowerment deals that favour ANC bigwigs and other politicians.

Sappi
Paper and pulp giant Sappi’s R814-million broad-based black economic empowerment (BBBEE) deal is a case in point. Sipho Mdamba, a KwaMbonambi community leader, said: “The Sappi deal was just another case of politically connected outsiders coming in to make money off the land while our communities struggle with unemployment or few economic benefits. We’ve seen this happen several times before, whether it is Sappi, Mondi or RBM.”

Of the remainder, 10% went to the Sappi Foundation Trust, which “caters for the communities where Sappi operates in Gauteng, the Western Cape, Eastern Cape, Mpumalanga and KwaZulu-Natal”, Oberholzer said. The foundation would “invest the eventual returns from the deal [in 2019] in projects on behalf of all the communities”. But community members have railed against the deal, saying it dilutes their stake and because the other 12.5% in unencumbered shares was divvied up between stakeholders in Sappi’s BBBEE partner, Lereko Property Consortium.

Lereko Investments has both Valli Moosa, a former environmental affairs minister, and Popo Molefe, a former premier of the North West, as directors and its chief executive is former public works director general Lulu Gwagwa. And it has a more than 50% stake in Lereko Property Consortium. Smaller portions are held by ABM Capital, of which Peter Vundla is an executive director, and Malibongwe, an NGO chaired by ANC Women’s League chairperson Bertha Gxowa.

The government’s BBBEE Forestry Charter states that the sector must be a “catalyst for empowering rural and black communities to access economic activities, land, infrastructure, ownership and skills”. Investment programmes should lead to the “meaningful participation of blacks in the entire forestry value chain”. But community leaders say they have been offered the “crumbs” left over from these deals.

Last week the Mail & Guardian met local leaders, including inkosi Mhloleni Mthiyane in the Sokhulu area north of Richards Bay, where there is both forestry and mining. He and his retinue had returned from a meeting with Sappi representatives on unresolved land claims. They had also hoped to gain clarity on the community’s share equity in relation to last year’s BBBEE deal and on Sappi’s procurement policies involving the community. They were livid.

One community representative who asked to remain anonymous for fear of victimisation said the forestry giant had “disrespected” the inkosi and were again engaging with the community “in bad faith”.

“This is the third meeting we have held with them since the deal was announced and in each instance, despite the agenda being agreed upon, their representatives have told us that they did not have the authority to discuss the community’s shares,” he said.

Well before that meeting Oberholzer had told the M&G that “feedback received and a review of the engagement at the [community] meetings do indicate that Sappi should have communicated better regarding the processes surrounding the creation of the [Sappi] Foundation [Trust]”. At the time of going to press the M&G was unable to reach him for comment on Sappi’s alleged failure to engage with the community constructively.

Mthiyane said that although their land claim, which includes Sappi-owned land, had been settled his community was yet to receive the title deeds. “This makes me believe that something underhand is happening,” he said.

Cebekhulu said this week that he had been surprised to learn that “people from Mpumalanga have been awarded land claims in KwaZulu-Natal. I raised the issue with [acting land claims commissioner] Sibusiso Gamede, who promised to compile a report on the matter.”

Lindiwe Mazibuko, another committee member, said the committee had not yet received the report from Gamede. Cebekhulu said the high staff turn-over in the province’s LCC meant that cases were not filed properly and many claims stayed in limbo or the processes were repeatedly restarted.

This followed increasing disgruntlement among the communities of Sokhulu, KwaMbonambi, Mkhwanazi and Dube over the structure of the deal which would see each receive a 2,7% stake in RBM. The four communities would also receive a once-off cash endowment of R70-million to be placed in a public benefit trust. According to community members, this would translate into R500 for each of the 140 000 people living on the lands.

They are also challenging the communities’ 45% stake in Blue Horizon 41, a BEE vehicle in which the other 55% is held by Blue Horizon 39. Many say that this was “foisted on” them and that “we have not even seen share certificates for Blue Horizon”.

“We don’t know why [Blue Horizon 39] were included in the deal and have a larger shareholding than the communities directly involved,” said one community member, who also spoke on condition of anonymity.

Bheki Khumalo, the spokesperson of the department of mineral resources, said that Nogxina’s meeting had addressed community concerns about the structuring of the BEE deal.

Elaine Dorward-King, RBM’s managing director, said the company had gone through “a rigorous selection process during the deal” and that it was “now closed”, as the relevant communities had a “direct stake” in it. She added that “RBM supports the host communities in their efforts at land restitution and the land claims.”